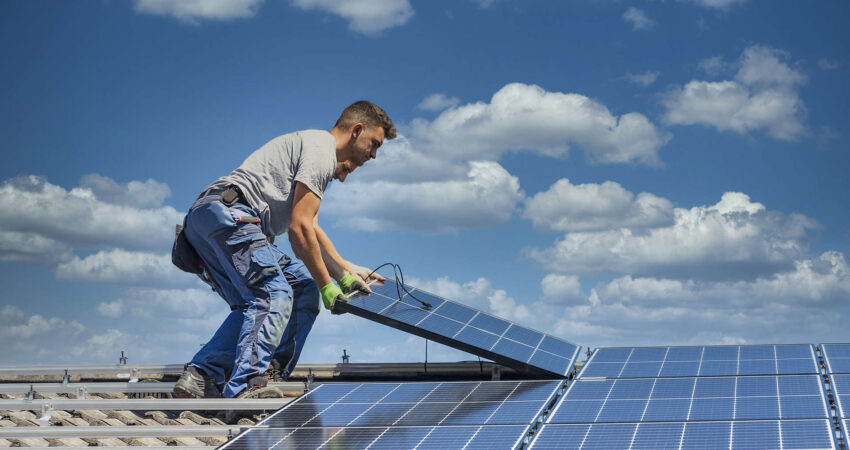 Germany intends to consistently and rigorously implement its plan for the development of its national energy sector, with a view to abandoning nuclear energy by 2022 and phasing out coal by 2038. The precise mix on which Angela Merkel’s government is betting for the next few years is made up of alternative energy sources and natural gas. From speaking to key experts and officials it is clear that the decision to decarbonize is inevitable.
“As far as the coal phase-out is concerned, it involves a long-term strategy regulating the shutdown of all German coal-fired power plants by 2038 at the latest. At the same time, Germany has set itself ambitious targets with regard to renewable energy sources. These energy sources are already crucial, but gas will continue to play an important role for a long time to come, with the proportion of carbon-neutral gases growing in the future,” Andreas Kuhlmann, CEO of the German Energy Agency (dena), told Energy Brief.

By and large, Kuhlmann had in broad terms outlined to Energy Brief the basic plan for developing the country’s energy sector that the relevant agencies are working on, confirmed sources in minister Peter Altmaier’s Federal Ministry for Economic Affairs and Energy. Ministry representatives say that the minister is advocating for Germany being able to replace all fossil fuels with environmentally clean renewable energy in the long term – for heating and transport as well as for electricity consumption. For this, as Kuhlmann had said, it had been decided to “increase energy efficiency and consistently develop renewables,” ministry sources concluded.
“Natural gas plays a transitional role here (industrial enterprises that require energy need it, as do households). In the long term though, we need to replace our demand for gas with carbon-neutral fuel – in particular with carbon-free fuel”, added a ministry representative. In this regard Germany genuinely differs from other European countries in that many large chemical and other enterprises are located in the country which require large volumes of energy.
One should separately highlight Germany’s plans in relation to hydrogen energy: at Altmaier’s ministry this is seen as playing a key role as a future replacement for nuclear energy, coal and, subsequently, gas. According to a ministry representative, Germany aims to become the “world number one” in the hydrogen energy market and is actively developing strategies for this. These include the National Hydrogen Strategy (NWS), which is designed to establish the rules for work in this area of energy and to support German enterprises which want to create technological innovations in it – although the ministry has not explained exactly how they will be supported. There are as yet no assessments of future capacity, but the common European strategy on the development of hydrogen energy envisages the creation of a capacity of 6 gigawatts (GW) by 2024 and 40 GW by 2030.
So which renewables exactly is Germany betting on? First and foremost are solar cells and wind farms, says Kuhlmann. This is where investors will place funds; the state subsidizes these industries and will continue to do so. In general, the German government is setting itself the goal of increasing the proportion of energy obtained from renewables to 65% by 2030 and observers believe that its plans will be implemented.
According to official statistics, Germany currently obtains around 35% of its energy from renewable sources; 37% is generated by coal-fired power stations, 12% from nuclear power stations, and gas makes up 13%. The proportion of coal-fired power stations is slowly diminishing, with the use of hard coal diminishing more quickly than the use of brown coal. The proportion of renewables, by contrast, is growing, with wind farms in first place; in 2018 these produced 17.3% of total energy, followed by solar power stations at 7.1%. Around 7.1% of the total amount of energy is also obtained from biomass; the volume of output from hydroelectric power stations is 2.6%. With the government on its current course, the transition to nuclear-free energy should very soon be complete. Abandonment of carbon energy will also only gain in pace.
This means that by the end of 2022 alone, the German energy network will lose around 9 GW of energy from nuclear power stations, with 9 GW of energy produced at coal-fired power stations being added to this by 2030. But as mentioned above, there are plans to create new hydrogen capacity of 6 GW by 2024 and to increase the capacity of wind farms by 5 GW in Germany alone. Other capacity will also be added to this, including solar energy. A topical example is that of the Swiss company Meyer Burger Technology AG, which will begin construction of Solar Valley in the Bitterfeld-Wolfen region in the first half of 2021. According to data from broadcaster MDR, the energy modules will be produced in the Saxony university town of Freiberg. According to assessments this site alone should produce 6 GW of electrical energy by 2026; investment in the project could total up to €1 billion.

dena is currently working on research that will involve modelling scenarios for the development of a green Germany up to 2050; as part of the research, specialists from Kuhlmann’s agency will study the most advantageous and expedient means of replacing the capacity being stood down. Kuhlmann acknowledges that in order to address a growing demand for energy, the sector needs to develop rapidly:
“The coal phase-out is stimulating further momentum in the development of renewables,” he says. “Today, gas power stations also produce far more electricity than they did a few years ago. The government has set a target for increasing off-shore wind farm production from 15 to 20 GW by 2030. The long-term target is for it to increase to 40 GW by 2040. New targets for on-shore wind farms and photovoltaics will presumably be decided this year.” According to expert assessments, total investment by business and the state in the form of subsidies could comprise over €4 billion.
It is true that there are a few “buts” here: sceptical reports appear in the media from time to time about popular discontent over wind farms. However, given that Germany produces a great deal of alternative energy per square kilometre Kuhlmann believes this inevitably gives rise to “complex discussions locally.”
“But the majority of Germans prefer the extension of renewable energies,” he says. Traditional energy such as oil and gas will continue to be part of the “energy mix” as it is known in Germany, but how will their share of Germany’s total energy balance change?
The German government is indicating that the proportion made up by gas will remain stable for now. At Zukunft Erdgas, they believe that the share comprised by natural gas will grow to 27% by 2035 and will make up a substantial proportion of the total energy balance, along with capacity produced by alternative means: if the current policy is implemented successfully this form of electricity could exceed 70%.
Germany imports 95% of its gas and is a major hub in the European gas transport system. Imports to the country continue to grow and total gas consumption for 2016 was 95 billion cubic metres according to data from the ministry of economics. Domestic production provides only a small part of the total volume – 6% in 2016. In 2016, around 22% of Germany’s gas came from the Netherlands, 31% from Norway, and 41% from Russia and from other, smaller suppliers. In addition, Germany – like Poland – plans to become a major reception and distribution point for LNG and to build extensive facilities for this. Potential suppliers include not only the United States and Canada but other countries, including Russia.

The EU has recently been seriously contemplating the introduction of transborder carbon regulation (TCR). The established Green Deal programme envisages the introduction of regulation for individual sectors of the economy as early as 2021. Its specific mechanisms are not yet clear but strange as it may seem, they may hit the expansion plans of the United States, which has been offering the Europeans supplies of LNG as an alternative to Russian piped gas. Experts say that the method used for its extraction, hydraulic fracturing, causes serious damage to the environment. This could lead to American shale carbons being subject to duties and a “green tax.” Alternatively, transatlantic LNG imports could even be restricted in response to Washington’s potential sanctions against the businesses taking part in the Nord Stream 2 project.
For now, these are all open questions. Additionally, because of the situation around the poisoning of the Russian opposition figure Alexei Navalny, it has started to be suggested within the EU that Nord Stream 2 itself could be a target of new sanctions by the EU itself. For now, however this has not happened and sanctions that have been imposed have not affected the pipeline.
dena however believes that natural gas consumption will reduce in the next few decades, since hydrogen is more climate-neutral compared to natural gas and its prospects are therefore better. The same view is also held at the ministry: according to forecasts, a slight slump is expected, caused by technical progress and energy efficiency measures. But for now, gas continues to remain the bridge by which Germany plans to transition from the age of nuclear and carbon energy to a new, green era.
In any event, electricity consumption will only continue to grow. Therefore, reports that certain elements within Germany’s ruling CDU are advocating for some kind of return to nuclear energy is no surprise. In January it emerged that representatives of the economic section of the party wanted Germany to take a more active part in the European Atomic Energy Community’s (Euratom) Horizon project. This programme includes projects in the field of thermonuclear synthesis and small-scale nuclear reactors.
The German government in turn has not allowed such an opportunity to date. In particular, dena does not deal with questions on the use of such reactors. Klaus Ernst, head of the Bundestag’s economic committee, to whom Energy Brief spoke, is unaware of tendencies within the CDU but assured us that this is not realistic:
“You can assume that there will be no real plans to renew production of nuclear energy or halt the withdrawal from nuclear energy. The probability of that is zero,” he is convinced. This was confirmed by a representative of the economy ministry: “The government is adhering firmly to plans to abandon the use of nuclear energy,” she said.