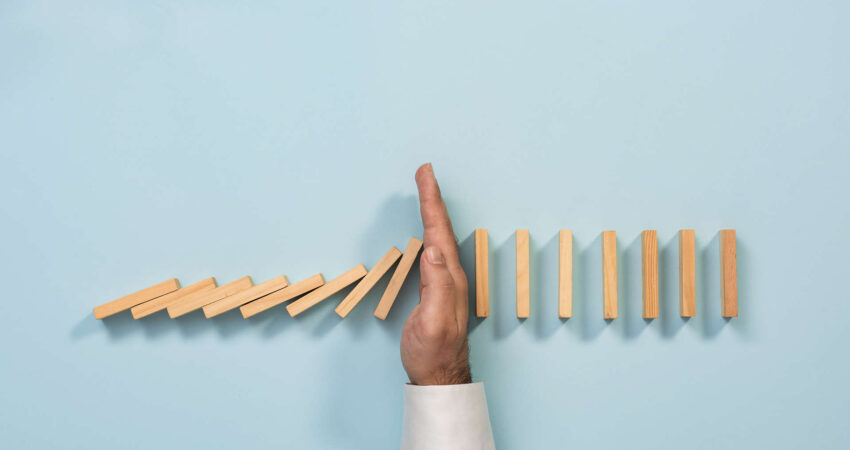 Nord Stream 2 is at a phase in its development where there is virtually no doubt that it will be completed. The question is what the political and economic costs of launching it will be and whether it will be able to function fully in an economic and geo-economic sense. The outcome of current developments could determine a great deal in the configuration of the European fuel and energy market.
The problem of the current attitude to the Nord Stream 2 project in Germany and other European countries lies in the fact that this project, which is crucial for the entire European economy, is discussed less and less in economic terms and is becoming increasingly subject to the influence of the political situation. And alas one needs to recognize that the political situation will remain unfavourable for a relatively long time yet.
A halt to the Nord Stream 2 project, particularly at the current phase, will form a dangerous precedent for the entire system of international economic relations. It will create a long-term precedent of American interests being successfully forced through via sanctions. By halting the project, Germany and other EU countries are recognizing the right of the United States not simply to extend American legislation to the formally legally sovereign EU area but also its right to introduce sanctions and restrictions, based on the logic of lobbying and commercial interests.
In the future, such a precedent could be extended to other branches of the European economy – even to those where Russia is entirely absent, and where the EU is working with China, for instance, or with other Asian countries, the Middle East or Latin America. The United States is hardly likely to be pleased with the agreements that Germany has concluded on LNG supplies from Qatar. Moreover, Washington is hardly likely to confine itself to the energy sphere. President Trump’s administration has already revealed its desire to use sanctions to manage competition among European producers in the steel industry, aircraft manufacture, the digital economy and digital communications in particular, car manufacturing, and aluminium production. Utilizing the position of Alliance 90/the Greens and the pro-Atlantic section of other German parties, which have called for Nord Stream 2 to be derailed, the United States is well placed to achieve the aims it has set itself.

Abandonment of Nord Stream 2 will form the model of energy consumption which will not just be relevant at the present stage, when an economic downturn is dictating a relatively low and favourable pricing situation, which is accompanied by broadened political support at a government level, but also when the economy grows, and the demand for gas grows objectively, stimulating a growth in prices. The approach of the Greens and their ad hoc allies is predicated on a situation of long-term economic stagnation in Germany and in Europe as a whole. This is fully consistent with their political principles, but calls into question whether the EU will be maintained as an independent macroregion with Germany as its industrial nucleus. This is especially so considering that in the circumstances of a post-Pandemic world, scenarios for stable economic growth based on a post-carbon energy look increasingly doubtful.
A crucial point in this sense is the medium-term forecast for the size of the European natural gas market, but it this must be free of political manipulations. But even in the most conservative scenarios, gas consumption of 550 billion cubic metres (bcm) per year, achieved by 2018, will be restored by 2024 at latest and probably by the middle of 2023 (after the fall of 10-12% or possibly even 15% in the EU economy for 2020-2021, amid the coronavirus pandemic). The issue is that in the same period, gas consumption will steadily grow in Asia, where economic and industrial growth trends have been maintained. This applies to China in particular. Clearly, the main volume of LNG will be directed at satisfying this growing demand, albeit by virtue of a price differential which it has so far not been possible to smooth out. In these circumstances –especially taking into account factors linked to military and security tension and health-related restrictions – spot acquisition of LNG cannot generally be considered a guarantee of stable energy supply.
If one is to follow a path of replacing Russian gas with American shale gas, it would be wise to also factor in the risk of interruptions to gas supplies from the United States if a crisis develops in the shale gas industry – and such a crisis is already an economic given. Whatever the outcome of the US elections – but particularly if Joe Biden wins, the environmental agenda in US politics will become stronger. This will increase pressure on the industry and almost inevitably increase costs. It is not impossible that the question of new environmental compensation frameworks will be raised, and part of the costs for this will inevitably be transferred to European consumers.
A substantial increase in the riskiness of gas supplies to Europe from other sources must be mentioned. All the potentially attractive sources of both natural gas and LNG supplies possess significant risks of an economic and political nature. Thus, during the current escalation in the Nagorno-Karabakh conflict between Azerbaijan and Armenia, direct risks to the security of gas pipelines have repeatedly arisen, with pipelines being deliberately targeted. Given the potential growth of instability in the Caspian region and around Iran, the risks to virtually all piped gas and LNG coming through the Persian Gulf is increasing. The question of providing European consumers with guaranteed volumes of gas that are sufficient for their social systems to function, at a predictable price, is ceasing to be purely theoretical.
With pandemic restrictions, which are highly likely to remain in force in one form or another until 2022-2023, even a supply shortfall that is relatively insignificant for the European market – for instance 35-40 bcm of gas per year (which could be tolerated a few years ago, in part thanks to the availability of forms of energy with unutilized reserve capacity) – will not be easy to offset with rapid supplies of LNG. In any case, the significance of situational factors is growing alarmingly.
With a continued high level of political instability and an undermining of authority in Ukraine, as well as if a focus of tension arises in the eastern Mediterranean, the only technologically available option to minimize risks will be the full implementation and subsequent exploitation of the Nord Stream 2 project on a robust economic footing. According to research by the authoritative Institute of Energy Economics at the University of Cologne (EWI), bringing Nord Stream 2 into full operation with stable and balanced “rules of the game” will allow European consumers to save several billion Euros a year, even without taking into account the political risks. This project will bring benefit not only to Germany, but also to the countries which are directly connected to the German gas pipeline network, such as Denmark, the Netherlands, and even Poland. In effect, what it means is the development of a system of crisis-resilient energy, which is significantly protected from outside factors.

Washington’s actions against Nord Stream are not only aimed at increasing the share of American LNG in the European gas market. The United States’ aim – and this is regardless of the party in power moreover – is to obtain the opportunity to manage economic growth in Europe, especially that of Germany and its closest partners. The United States is interested in ending mutually beneficial Russo-German cooperation in the field of energy and is intent on undermining Berlin’s image as a reliable partner by demonstrating to China – more than to Russia – that Washington rather than Berlin or Brussels is the place to negotiate a presence in the politically sensitive markets in Europe.
In expert and corporate circles, first and foremost in Germany, there is doubt about the possibility for Berlin and even more for Brussels, to protect European business from American pressure by diplomatic means. In this context, proposals by representatives of Germany’s business community to create a financial and legal mechanism in the EU to protect European companies and to think through measures in response to the United States’ sanctions policy sound logical. Or course, proposals to introduce duties and particularly to ban the import of American LNG, which have started to be mooted in Europe, should be classified as attempts to organize pressure on the United States through counter-propaganda. But in certain circumstances these sorts of decisions could move from the realm of propaganda to the practical level – especially if Washington continues to exert sanctions pressure on European as well as Russian players in gas projects.
One option for putting such pressure on Washington could be to extend the European Commission’s plans to introduce transborder carbon regulation to the United States. The simplest option would be to subject American shale gas to a green tax at the maximum rate, especially since there is even a formal basis for this: the hydraulic fracturing method that is used for extracting shale hydrocarbons causes serious damage to the environment, is energy-intensive, and requires significant volumes of water. In certain circumstances, the actions of the European regulators could be synchronized with a change in attitude to the shale hydrocarbon industry in the United States. The problem is that the United States assumes that the EU and the leaderships of its member states will simply not have the political will required for such steps.

In assessing the prospects for the development of the situation around Nord Stream, one must take into account Russia’s growing fatigue and that of its political leadership with contradictory dialogue with EU countries. This fatigue with European politics has been very evident – for example during a visit to Moscow by Jeppe Kofod, the Danish foreign minister, Denmark being a country that takes an ambivalent position on the Nord Stream 2 project. In the evolving circumstances, Moscow is very unlikely to try come what may and at any price to bring Nord Stream 2 into operation. If conditions are put forward that are not acceptable to it, one possible political reality is that Moscow will freeze the project: this can in no way be entirely ruled out. The case of Alexei Navalny was a clear watershed for Russia; the actions of German politicians around this have shown that there is a sustained attempt in Germany to use a politically motivated situation as a pretext for abandoning a strategically significant project. The impression has developed not so much that Berlin is not serious about Nord Stream 2 (on the contrary, just how interested the German side is in the project is very well understood in Russia) as that it wants to bargain further with Moscow about the conditions for its operation. This is exactly the conclusion that was drawn in expert circles in Moscow after a strange announcement by the EU about future sanctions against Russia for the Navalny poisoning.
Alas, opportunities for continuing to bargain about the conditions of the effectively shared Nord Stream operation are not unlimited. And in this case the attempts of a number of European countries to obtain additional financial revenue from Nord Stream 2 (such as, for example the recent multi-billion “Polish fine”) will be far more badly received in Moscow than previously. This will particularly be the case if the anti-Russian activity of eastern members of the European Union is not restrained by Berlin. This will weaken the position of those among the Russian elite who continue to advocate for a partnership with Europe still further, and the chances of partnership in the extremely sensitive field of energy will then evaporate.