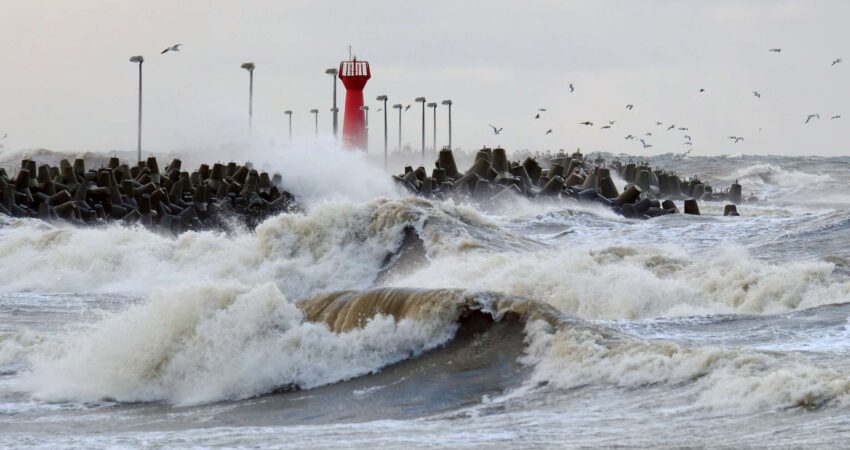 The Polish geopolitical “Intermarium” project, known as the Three Seas Initiative (TSI) has been on the agenda for five years now and continues to periodically create powerful surges of information. However, Warsaw’s political – or rather propaganda – successes are proving to be substantially more modest than its economic ones. The dialogue that took place between Poland and its German partners from 2018 to 2020 on cooperation within the framework of the TSI investment fund has not yet led to success. Warsaw has been unable to reach specific agreements with the European Investment Bank. European institutions have declined to co-finance TSI projects on investment grounds, and to allocate funds to implement them. This is hardly just about the slowdown in investment activity in Europe during the period of pandemic restrictions. The decisive factor is the excessive nature of political risks within the project and its dependence on the energy component, which is acting as the main driver at the first stage of the project. And the energy dimension of the Three Seas Initiative hangs almost entirely on the opportunity to obtain, process and distribute American shale gas.
This is the origin of the main factor, whose significance has not yet been fully appreciated, either among supporters of the Three Seas Initiative or its opponents – although it is starting to exert a very significant influence on the behaviour of potential investors. It is linked to a fundamental change in attitude to shale energy within the United States itself. For Donald Trump, shale hydrocarbons were not so much an instrument for increasing political pressure as a real driver of domestic economic growth. But this plan could only achieve breakthrough into external markets given a highly favourable stance within the United States itself – and not only towards sustaining a stable growth in demand for hydrocarbons: a favourable stance from the point of view of complying with environmental standards was also needed. This was signalled by the United States’ withdrawal from the Paris Agreement on Climate Change, a political demonstration that the environment came second to economic growth. The situation has now fundamentally changed: the environmental agenda is becoming one of the surest ways for the Biden administration to satisfy the demands of the left-wing part of the liberal coalition and at the same time weaken the Trumpists’ economic base. But this “green revolution” in the United States’ energy policy will inevitably affect the implementation of Poland’s ambitions to develop the energy element of the TSI and to turn the country into an interregional gas hub. Moreover, this is not just because linking the American contribution to the investment fund to promoting a climate and energy agenda could lead to a future reduction in interest in participating in the Three Seas Initiative but because of the deceased attractiveness of the economic conditions for implementing this vast mega-project.

The situation with supplies of American shale gas to Europe looked problematic even without the green revolution. Even without considering the fact that the crisis of shale gas extraction in the United States (in terms of both price parameters and the number of active facilities) has developed even more quickly than with shale oil, the total potential amount of export LNG (naturally, the overwhelming majority would be shale LNG) for all regions, including East Asia and Latin America, which are a priority in pricing terms, would not exceed 167 billion cubic metres before 2025 – not even if all the LNG plants it is anticipated will be built are introduced on schedule. Moreover, it was originally planned that the main increase in export capacity would start after 2022. It is clear that these timescales will now at the very least shift, but the main issue is that the investment dimension of export-focused American shale projects will change substantially. The green revolution has done more than simply intensify the original contradictions contained in the shale expansion programme. It has fundamentally changed the political and investment context surrounding the plans.
It would of course be naive to expect that America will phase out the LNG projects that have already been launched. Neither the United States nor European countries will now be prepared to create fiscally favourable conditions for shale producers, for example through taxation or increased investment guarantees. But for European consumers, price parameters will be even more decisive: given the deeper than expected recession stemming from the pandemic, the European elite will hardly be prepared to invest in “molecules of freedom” on unequal terms.

It must also be noted that the Three Seas Initiative (“Międzymorze” or “Intermarium”) project that Warsaw is lobbying for is first and foremost geopolitical, and only secondly geoeconomic. Poland’s transformation into an energy superpower, in effect regulating the energy balance not just of eastern Europe but of the entire eastern extremity of “old Europe”, was a tool for securing Poland’s social and economic stability in the context of an inevitable crisis in relations with the EU and a shrinking of the European investment landscape. The importance of the shale component of the Three Seas Initiative lies precisely in the fact that it has created an economic base for augmenting the project with other programmes that are more demanding in an investment sense, including projects realized with guarantees from the European Commission and other European institutions. And the main geoeconomic pillar of the Initiative has been an attempt to hijack Iran and Russia’s project for a global North–South corridor. But Poland’s transformation into a European gas hub was actually designed to augment the geoeconomic space using Poland’s own investment resources – controlled moreover by the United States and only partly by Poland.
Troubled and even tempestuous waves are now moving over the entire commercial and investment element of the Three Seas Initiative, and particularly the energy component, which has experienced a marked crisis in the conditions arising from the pandemic. Poland’s only chance lies in starting to exploit its own shale hydrocarbon deposits which it should be remembered are the largest in Europe. This will help it to withstand a period of geoeconomic uncertainty. But huge initial investment is needed for this, given that shale hydrocarbon reserves in Poland are far from fully explored and are estimated as ranging from 770 billion to 5 trillion cubic metres. The volume of technologically extractable reserves and of reserves that can be extracted without serious social consequences is as yet not clear. But on closer examination and given certain conditions for launching the investment cycle, of course, the option of Warsaw using its own energy resources is not a bad backup option.
Still, it is worth remembering that political drivers were what gave the original impetus for the Three Seas Initiative, including those linked to the development of a system of “renewed Atlanticism” which Donald Trump was trying to finish building. And this means that Poland’s radical conservative elite, which is already in a state of political conflict with European institutions, could very well provoke political tension in order to resolve issues that have arisen. This could include provoking further growth in the conflict between the countries of “old Europe” and the United States.
From this point of view, it is natural to expect further destructive actions by Warsaw in relation to the Nord Stream 2 project, which on the one hand presents the main economic threat to Warsaw’s plans but on the other creates an opportunity for gradual harmonization of the interests of Europe, the United States and Russia in the field of guaranteeing the energy security of the European continent. And alas, the latter factor could drive the Polish project to the bottom of the European agenda, at least in the form in which it was originally envisaged. However, this certainly doesn’t mean that this project will disappear into thin air overnight: far from it. Most likely it will figure on this same agenda again repeatedly, depending on the political or information-manipulation considerations of its creators. The next year or so will show how accurate this prediction is.