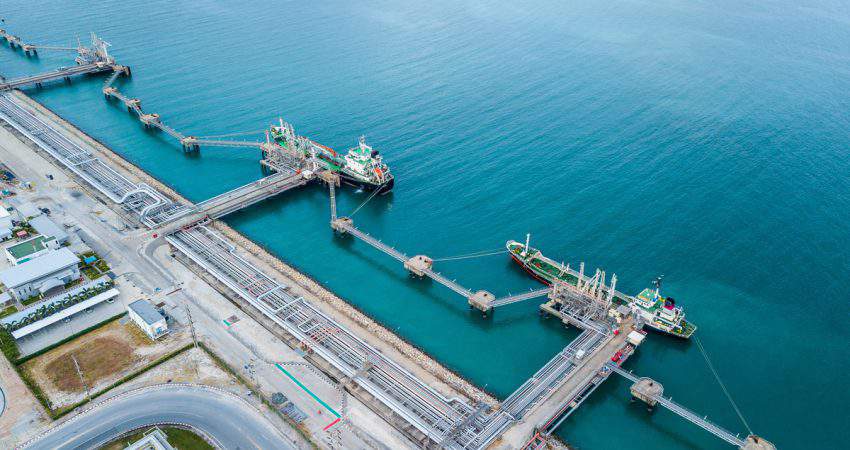 The situation around projects linked to gas supplies from the eastern Mediterranean to Europe is generally developing in keeping with the conservative predictions of many specialists. This is connected to both economic and political aspects of the emerging situation. These include the status of the Turkish Republic of Northern Cyprus (TRNC); the unresolved dispute about Lebanon’s and Israel’s maritime boundaries; the lack of serious progress in resolving the Israeli– Palestinian conflict; and of course, the existence of serious signs of escalation in the conflict. All this put together is significantly hampering the development of the energy potential of the eastern Mediterranean.

Right now, Ankara’s attempts to strengthen its economic and military presence in Cyprus’s territorial waters are having a highly negative effect on the prospects for supplying Mediterranean gas to Europe.  The risks are also growing for European oil and gas companies working on the shelf, in particular France’s TOTAL, which together with Italy’s ENI has permits for drilling works in seven of the 13 exploration blocks of Cyprus’s Exclusive Economic Zone (EEZ). Ankara’s stance on Cyprus’s EEZ resembles an attempt to blackmail European countries using Turkey’s increased political and economic influence.  It is important to note that in its actions, Ankara is actively making use of a context created by the Europeans themselves – namely, the introduction of political factors into energy security issues that are in essence purely economic and the politicization of the decision-making process.

It would appear that apart from resolving purely economic issues, utilizing a supposedly existing demand (which in reality is artificially inflated) to develop new gas provinces in the eastern Mediterranean , Ankara is attempting to legalize the unrecognized TRNC within the global political and economic sphere and also, if it can, to validate its military and political dominance of the region as a guarantor of the security of gas supplies.  In reality, the need to expedite exploitation of oil and gas provinces in this region and even more, to construct a gas pipeline towards Italy does not appear entirely justified economically.  This is not to mention the existence of an extremely complex combination of economic factors and non-economic risks.

The key factor is probably Israel’s position. On the one hand, until existing contradictions in the area are resolved, Israel intends to advance its own gas extraction projects, viewing Jordan and Egypt as key export destinations. In particular, an agreement on a substantial increase in supplies of Israeli hydrocarbons to the Jordanian Electrical Power Company (45 billion cubic metres (bcm) over 15 years) following the Leviathan field’s entry into service has come into force in 2019.  At the end of September this year, a contract was signed in Cairo according to which Egypt will receive 85 bcm of gas from Israel over 15 years.  Egypt’s demand for gas will likely grow if the country maintains social and political stability and its current rate of economic growth. On the other hand, the political uncertainty about the composition and direction of Israel’s political leadership in the medium term is substantially limiting room for any ‘political’ solutions to economic issues, including possible provision of investment guarantees. The fight against corruption, which has recently intensified in Israel, will have exactly this effect, but still more sharply.

Italy, the key potential consumer of the gas, is maintaining a sceptical attitude to the project. Italian investors and energy experts regard EastMed as unfavourable from a technical, geographical and commercial point of view.  Even if it is successfully implemented, the cost of gas will be substantially more expensive for the Italians than natural gas bought from Russia. And southern European countries’ access to the eastern European resource base will be made easier after the South Stream project reaches full capacity. Investors for the EastMed project may only be found if there are political guarantees not only of preserving investment in the engineering phase of the project but also political guarantees that gas will be bought at a defined high price. This will be possible only if there is a substantial increase in the role and influence of pan-European institutions, which in Italy’s case is doubtful.

The project’s main problem is therefore the extremely difficult investment context.  Improvement in the situation is possible if there is full-scale credit financing from a pool of investors who have the necessary lobbying capacity to transform precisely this project into a flagship programme for supplying southern Europe with gas.  However, the potential for this is not clear, if only because of the current political situation in the EU and deteriorating relations between Ankara and Brussels.

There have also been no recent serious signs of systematic attempts to establish a pool of investors for the project, even for its initial phase (especially since the project’s division into investment and operational phases itself presents a difficulty –  after all, it is precisely the integrity of its engineering aspects that is the crucial condition for EastMed’s successful implementation). Turkey itself does not possess sufficient investment resources to begin to implement the project on its own even at the preparatory phase; this can only be done by the large oil and gas companies and their service partners.

Only China and Qatar are able to play the role of external investors in the project. In the latter case, this would be possible only in a much wider context, including one linked to a political settlement in Syria and at the very least, including one section of pipeline from Qatar in the project – although here there would be substantial difficulties with entry into the European market. Ankara is probably considering the latter option very seriously, but it would be senseless for Turkey to yield operational control of such a politically sensitive project to others; a demand to enter the project with the right of operational control of funding flows could very well be a condition for Chinese investment however.

As a result, an improvement in investment indicators will only be possible if key non-economic risks in the eastern Mediterranean are eliminated and at the same time there is a substantial increase in these in other regions where gas is extracted and transported –  which is clearly turning analysts’ attention to Turkey (not excluding the situation in the zone of the Southern Gas Corridor). In other words, these projects – in which the EU has a politically motivated interest – are inversely proportionate to each other in investment attractiveness and the political demands and conditions are a pure zero-sum game. The situation can only be changed fundamentally if significant long-term investment resources appear; moreover, investors will need to understand all the non-economic risks of the project and have proposals for hedging them.  In the current status quo, it does not appear possible that such an investor will emerge.

Based on experience of infrastructural projects of recent years, one can predict that the primary (initial) investment cost of such large-scale and exceptionally technically complicated projects will ultimately grow by one and a half to two times; and this does not take into account the significant political and social elements that apply to EastMed.

It is also significant that if Turkish–American relations continue to develop along current lines, they will drive the introduction of various American sanctions against Turkey, inevitably affecting Turkey’s financial sector at the very least and probably also its energy industry – in particular the gas industry, where cooperation with Russia is intensifying. In such circumstances the implementation of such a complicated project will become impossible – not to mention that if such sanctions were introduced during the construction process an investment force majeure situation would arise, which would wholly or partially nullify liabilities.

Analysts are of the opinion that EastMed was announced as an attempt to bring a further competitor to the gas monopolist Gazprom onto the European market.  At the current price level for natural gas in the EU, the prospects for implementing the EastMed gas pipeline are extremely unclear, but Turkey will try to maintain the relatively high profile of the project in order to bring pressure to bear on the EU and Russia and above all, to demonstrate its demand for economic as well as political dominance in the Mediterranean.

The most realistic option for supplying gas from eastern Mediterranean fields – from Egypt as well as from Israel and Lebanon if the Zohr deposit in Egypt’s EEZ is exploited effectively after 2022 to 2024 – is in the form of LNG. But in this case the need to stabilize the military and political situation in the region – primarily from a shipping point of view – will become a fundamental issue.  The need for stabilization also applies in terms of resolving the demarcation of the economic zones of key states in the region in order to avoid conflicts at sea, in particular in the territorial waters around Cyprus.

In general, the transition to the practical realization of EastMed will demand a fundamentally different approach to the development of the venture – an approach which takes into account the new geopolitical realities of the region.  And one of the essential conditions is the stabilization of the military and political situation in the maritime part of Syria, which could in turn entail the risk of Russia’s permanent military and naval presence in the region.

n September 2019 the European Court of Justice overruled a decision previously made by the EU, forcing Gazprom to limit its use of the Opal pipeline to only 50% of its 36 billion cubic metres (bcm) annual capacity.