SOUTHERN GAS CORRIDOR: DOES THE DESIRE MATCH THE REALITY? 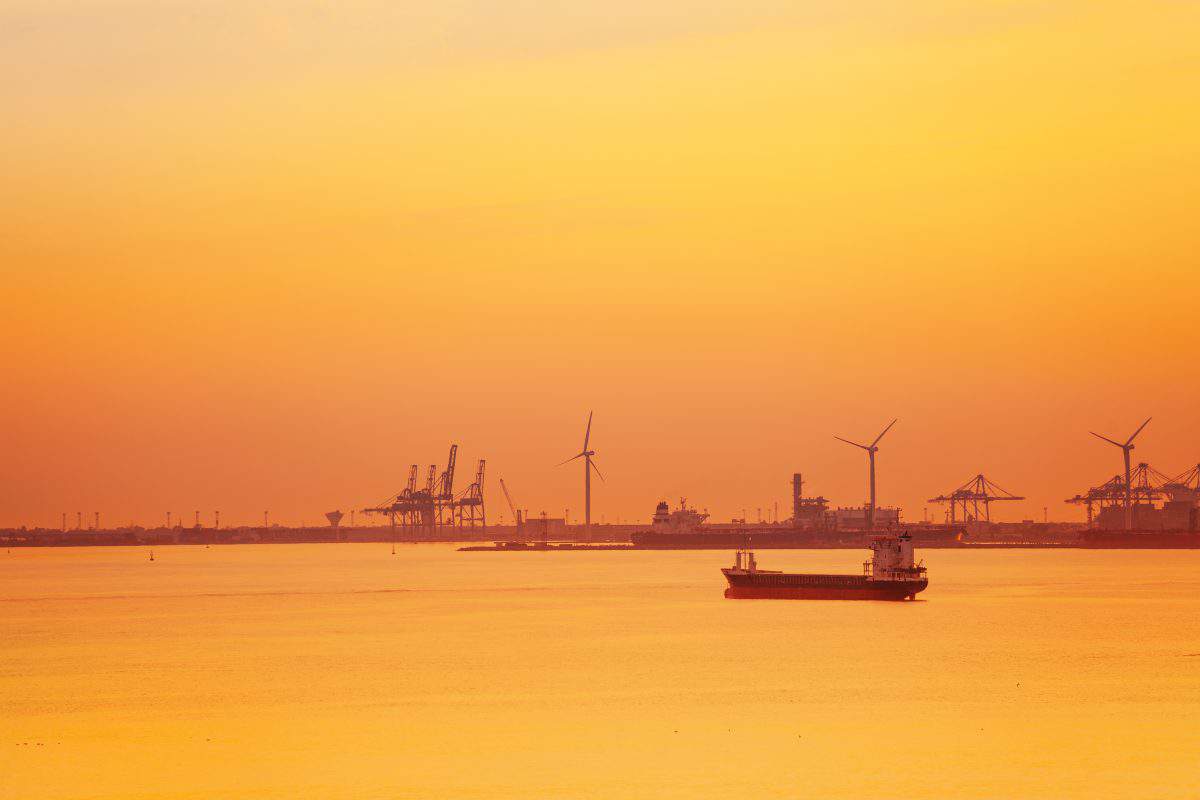 A key factor in current gas policy is the fight for the European gas market, which is becoming increasingly politicized. It is very evident that this market requires substantial re-structuring, linked to the consequences of American sanctions policy and changes in the system of gas transport routes, even if not all the transport options announced have been fully implemented.

The Southern Gas Corridor (SGC) project, which is considered both a tool for decreasing dependence on Russian gas and a means of competitive resistance to the US’s attempts to impose shale gas on the EU at relatively high prices, is becoming a priority for European energy security. Experts consider this project a complete success, which could change the picture for EU gas supplies, reducing dependence on supplies of gas from Russia – and despite all the political pronouncements, this dependence has only grown in recent years.

The most important factor in this situation is probably maintaining capacity in the South Caucasus Pipeline (SCP), which was launched in 2006 and has expanded to more than 20 billion cubic metres (bcm).  At this stage it is already clear that the capacity of the Azerbaijani Shah Deniz “anchor” field is not sufficient for a growth in supplies of gas from a baseline of 10 bcm to 30 bcm.  A set of optimistic forecasts certainly exist that speak of opportunities for the pipeline to be completely filled in the SCP section and the eastern part of TANAP by 2030 . However, there is much evidence that these forecasts are promotional and disingenuous in nature, since realistic scenarios have remained virtually unchanged recently in quantitative terms, and timescales have been put back slightly.

To completely fill the eastern part of the SGC, Baku will have to increase its output of natural gas by the middle of the next decade by at least twice. This will put a dangerous question for Baku on the agenda, about the real potential of the oil and gas deposits that Azerbaijan controls in the Caspian Sea, but the main issue is the need to seek additional investment resources to increase output – and sources of these are limited.

Azerbaijan can of course count on Chinese investment for increasing gas extraction. However, Beijing is hardly interested in the Тrans-Caspian Gas Pipelinein its current form; it is more likely to be interested in a system of gas pipelines which has a route East through Turkmen territory – which is in theory possible. It is very likely that the US for its part will put political conditions on potential investment cooperation.  It is no coincidence that in the area of media and communications, there are renewed assertions about the authoritarian nature of power in Azerbaijan.

Countries that are potentially capable of supplying gas to the SGC – in particular Turkmenistan and Iran – either have long-term obligations to other countries or are under sanctions. Ashgabat also lacks the production capacity that would allow it to increase volumes of natural gas output quickly enough.  Iran is under increasingly severe sanctions and its participation in a project that depends on foreign investment looks extremely doubtful. Expecting the SGC to be filled with large volumes of Iranian gas would therefore be naive to say the least. Given the growing confrontation between Washington and Tehran this will sharply increase pressure on the EU.

The political risk of the project also remains high. The Southern Gas Corridor of course obtained an exemption from the EU’s Third Energy Package for political reasons, giving Azerbaijan’s SOCAR the opportunity to fill the pipeline entirely with its own gas. A potential request by Gazprom to use up to 50%, at least, of the pipeline capacity of the SCP and TANAP and subsequent legal proceedings (which could be blocked by the European Commission for political reasons but would give Russia the opportunity to act similarly in a number of other industries) no longer looks far-fetched given the complex situation around Nord Stream 2.

The maintenance of a stable and positive atmosphere around the SGC is explained largely by Gazprom’s relaxed attitude to the project, recognizing it as a competitor, but aware that the SGC’s development plan fits seamlessly into an overall system of Russian-Azerbaijani partnership. But even without this , and purely from the point of view of keeping the pipeline filled with gas, there are too many players with uncertain political and economic prospects taking part in the project: apart from Azerbaijan and Turkmenistan, there are Kazakhstan, Iran and Iraq; this in any case creates a situation with a high level of risks.

It is obvious that the SGC can only be economically effective if energy prices are high. Investment in it has already exceeded $45 million, and it is conspicuous for its relatively high operating costs, which are partly linked to supporting a high level of environmental protection. As things stand however, high energy prices will only come about through instability in the Middle East, particularly around Iran – which would inevitably affect Azerbaijan, creating insurmountable investment and operating risks.  These risks make large-scale investment in the Trans-Caspian Gas Pipeline extremely risky.

It is also important that at the initial phases of the project, Baku will try to maximize its income from the new capacity of the pipeline both by achieving pipeline capacity mainly with its own gas, and also through access conditions for other suppliers. The issue is that on the current analysis of all aspects, the system looks unstable – uncertainty of supplies could arise from a whole range of causes, which will not always be predictable. Azerbaijan’s readiness to fight for maximum filling of the pipeline, by reducing its own operating and trading income in difficult European gas market conditions, is far from clear and is probably also linked to additional economic bonuses that can hardly be considered connected to the industry.

It must be pointed out that political circumstances are also driving much of the project’s development. Historically, the SGC received support from the EU and access to financial investment resources for political reasons – in order to provide a possibility for balancing Russia’s presence in the EU gas market and creating transport routes bypassing its territory. This has never been a secret. In this sense, the SGC project has always fallen outside the framework of classic commercial considerations about the benefit and profitability of a project. But the situation has not changed substantially since its inception or even since it received a new impetus in 2014-15.

We should note three points which being purely political in essence change the context of the situation from the economic point of view.

Involving Turkmenistan in the project is becoming critical for keeping the project afloat. There is potential for this after the conclusion of the East–West project, with a capacity of 30 bcm, although the question of constructing the connecting branch along the bed of the Caspian Sea remains complex in many respects. The question is to what extent Turkmen gas is contracted to China; the magnitude of this in the medium term is currently not completely clear. One must also not dismiss the dependence of the major infrastructural project, which plays a genuinely significant role in forming the new EU energy security system, on the stability of an authoritarian and virtually dynastic regime, which has experienced significant internal difficulties in recent years. This was not fully clear either in 2007-8 or even in 2014-15. But this factor must now be considered one of the key risks.

Further emphasis on the SGC project will objectively mean a still greater role for Turkey in Europe’s gas supply; considering that Turkey has already secured significant transit volumes of supplies from Russia to Europe, this will mean a fundamental strengthening of Turkey’s position in geopolitical trade with the EU – even though the SGC will not go entirely through Turkish territory. This transformation of the SGC into a priority project for the EU, even if this is currently merely a declaration, will effectively mean an invitation for Turkey to strengthen its influence in Georgia. Considering the political instability in the region, this will create serious challenges for Georgian statehood. But at the point when the project was given an additional impulse, the “Turkish factor” was not considered critical.

Finally, when the active implementation of the  project began, the limits of price volatility, linked to substantial changes in the nature of “manufactured” non-economic risk as well as to changes in the balance of power in the gas market and the appearance of two such powerful market components as LNG and American shale gas, were not fully understood. In these circumstances, the ability of the gas supplier not only to provide stable supplies, but to provide these at reliably low prices (including cost price) is vital for an understanding of the timescales in which the project’s costs will be recouped. This issue has always been problematic for the SGC project, where despite all efforts, it has not been possible to achieve a cost price lower than $30 per thousand cubic metres. But this becomes particularly problematic in a period of strategic volatility. Furthermore, the forcing of American shale gas on the European market at a price that is deliberately higher substantially reduces the prospects for competitive price cuts in the market.