In the early stages of global economic turmoil, the Russian oil and gas industry misjudged the true scale of coming trouble on hydrocarbon markets. The turmoil appears to have been regarded as a classic over-production crisis and generally seen as a healthy shakeup for the system, which would help deflate the dangerously expanding bubble of “paper crude” that had been watched with growing unease by investors and the petroleum industry alike. Indeed, the scale and, more importantly, the systemic nature of new factors were initially underestimated. However, the Russian government and the oil business withstood the challenge of surviving an extended period of depressed crude prices and managed to maintain relatively good production margins over an extended period. In doing so, largely thanks to government policies, Russia avoided not only a financial crisis in the industry, but also a critical shrinkage of foreign currency revenues, which would have hurt badly in late 2014 and early 2015 when hefty repayments fell due on international loans.

On the whole, the last three years have demonstrated the remarkable resilience of the Russian oil industry and its structural efficiency, combined with relatively strong industrial management. 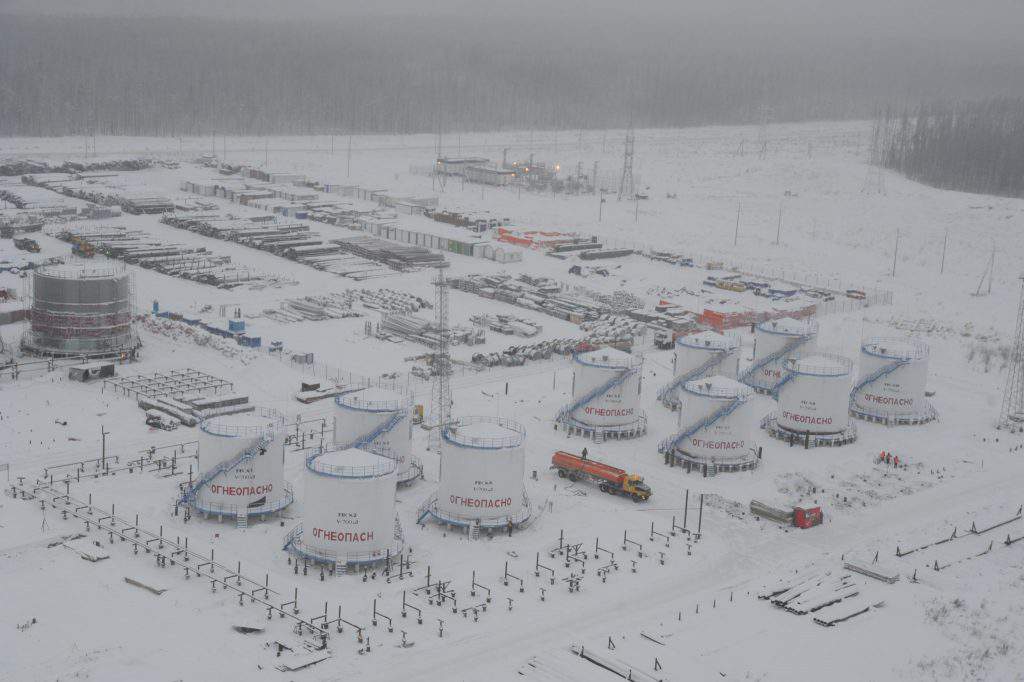 The main indicator of the health of the Russian petroleum sector is the absolute and relative growth of net crude oil exports, achieved amidst cut-throat price competition. Oil production in Russia has increased by nearly 15 million tonnes annually (from 534 million tonnes in 2015 to 549 million tonnes in 2016). Regardless of the declining volume of refined crude and its diminishing share of total production, the rate of feedstock conversion into products has gone up substantially, from 74.4 %to 79.1%, or by 7.5% since 2013. In fact, the biggest breakthrough happened over the last year when the industry was expected to begin feeling the sting of the Western sanctions. In 2016, Russian exports of crude oil and refined products were still fairly high at about 410.8 million tonnes, but these slipped to 41% of total exports, in spite of higher crude prices, which had eventually bounced into an upward trend.

The stronger performance of the Russian oil industry in 2016 demonstrates that the government’s tax manoeuvre allowed the market to correct itself and minimise the need for direct government intervention. Highlighted below are some key trends in the recent evolution of the Russian oil and gas industry: 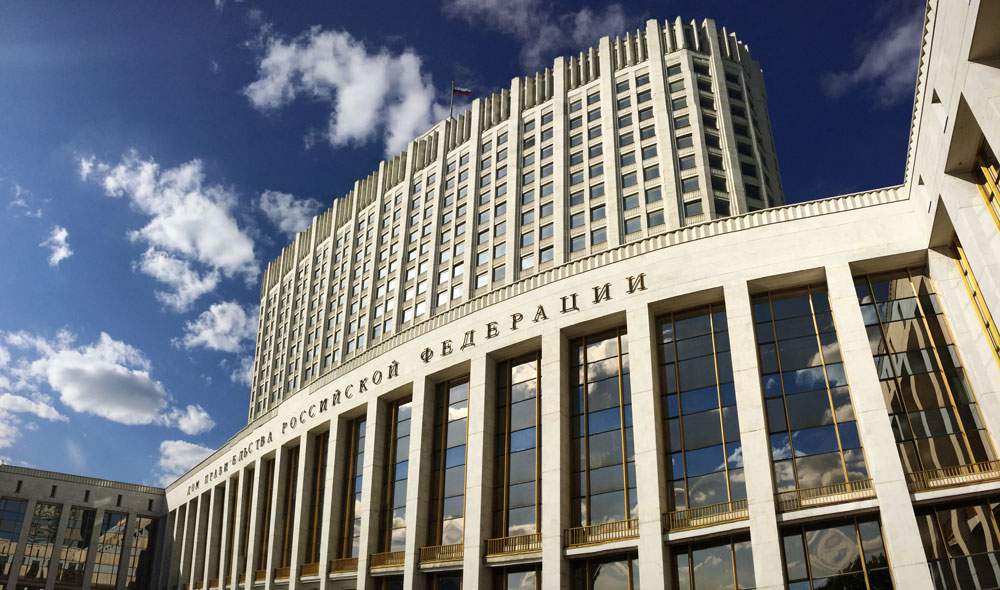 Speaking of the future outlook for the Russian oil and gas industry, it is important to note the following crucial points:

• Russia has won the price-cutting race between oil-producing economies without budget defaults or a dramatic loss of gold and foreign exchange reserves, unlike most major oil exporters, including the United States where the shale oil industry is still afloat only thanks to the political decision to continue hedging margins for key producers. A recent statement made by Russia’s Deputy Prime Minister Arkady Dvorkovich on April 7, 2017 that oil production cuts have not had the desirable effect implies that Moscow is gearing up for a new round of price wars to secure its market share.

• A slowdown in exploration activity and greenfield development in Russia, with the Soviet oilfield legacy being largely depleted, has not yet made any significant impact. The industry may indeed feel the squeeze after 2020-2022 due to diminishing export capacity. Nevertheless, given the complex workings of the global oil market, the odds are that, rather than being fatal, the “natural” decrease in Russian crude exports will lead to the industry gradually adapting to the new market structure and capacity.

• While Russia still depends on crude prices for economic growth, its “social” addiction has been largely cured following a difficult but effective rebalancing of collective and personal consumption. Oil prices can no longer be used to put political pressure on Russia. This takes the sting out of manipulations with crude pricing or various sanctions aimed at the oil industry. It was the potential to collapse oil prices that proved to be one of the most powerful bargaining tools against Moscow in both political and economic negotiations with the West.

• The major casualty of sanctions was the efforts of Russian oil companies to develop their international business and the overall globalisation of the Russian oil industry. Having peaked in 2010, expansion activity today continues on a far smaller scale, with the exception of LUKOIL’s West Qurna project in Iraq. Although restricted global access undoubtedly erodes the global status of the Russian oil business, it does appear to have a silver lining for the Russian government since it makes the companies easier to control and forces them to focus on domestic projects. The main victims of this unfortunate situation are foreign, primarily western investors.

Today, the fundamental concern for the Russian oil community is not sanctions or access to advanced technology for frontier projects such as hard-to-recover reserves or Arctic oil. It is to ensure an efficient and balanced investment process in Russia coupled with a stable financial system. To make this happen, there is no alternatively to working closely with the government as senior partner.

The efforts taken by both the Russian government and the oil businesses are not merely about trying to re-orient primary export channels towards the east – or more precisely the southeast – as oil and gas relations with India have been progressing to a strategic level. For instance, the capacity of the Amur Gas Processing Plant is nearly 50% greater than the natural gas volumes that Russia shipped to Ukraine before their relations hit rock bottom. The withdrawal of such massive supplies from the energy market will in no small way help to stabilise the global market, leaving less room for price undercutting.

Russia has used the temporary downtime in terms of upstream development to improve midstream infrastructure and enhance downstream conversion rates. This was quite appropriate, because previous attempts to tap frontier hydrocarbon basins, such as the Arctic projects in 2012-2014, looked very unconvincing in terms of infrastructure. The completion of the Sabetta seaport facilities in Yamal and progress on the broader Yamal LNG project signal a quantum leap in the way oil and gas projects can be executed. It is equally worth mentioning major projects such as the Arctic Gates at Cape Kamenny, with a crude oil throughput capacity of 8.5 million tonnes a year or over 5% of today’s total oil production in Russia, and the upgrading of port facilities in Archangel and on Dickson Island, which also fit perfectly within the same strategic rationale. 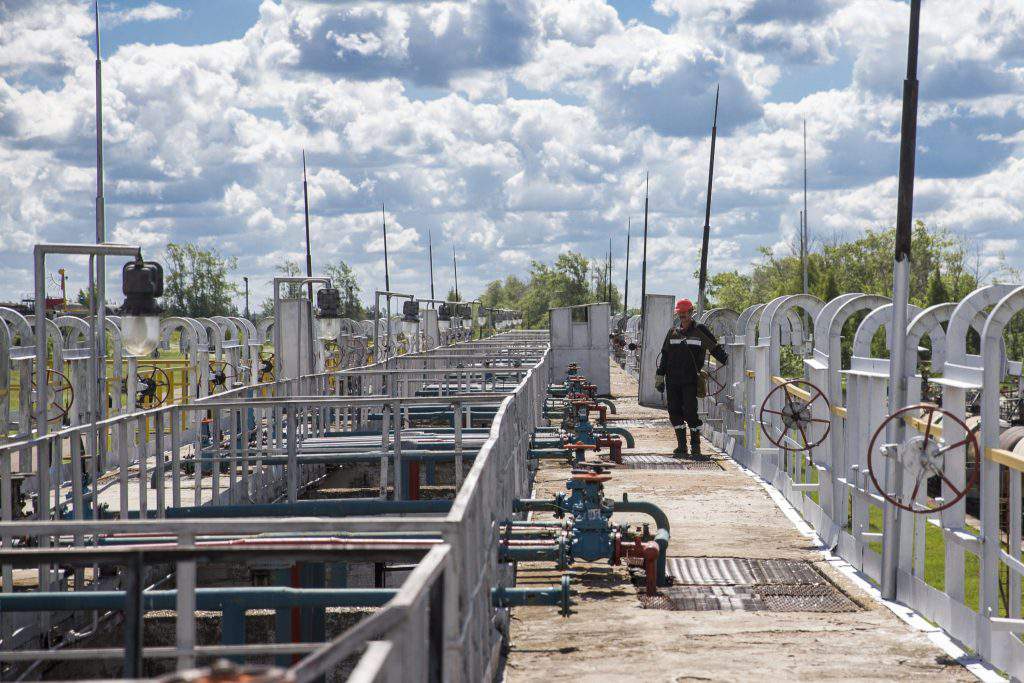 The Russian government and the oil and gas industry are realistic about the challenges they face and are seeking to address them through market instrument as well as government regulation. A good illustration of this is discussion in the expert community, initiated by the Russian Energy Ministry, regarding consolidation in the refining sector and decline in throughput performance and planned targets. Another persistent concern is relatively low energy efficiency. In 2016, the domestic crude oil consumption totalled 140 million tonnes, exceeding the level of 2013 in spite of the economic and industrial slump. Renewable energy has also recently returned to the spotlight, reflecting a general understanding at all stakeholder levels that the global hydrocarbon market is highly volatile and calls for a qualitative transformation of the industry. It is important to note that the planning horizon for all major industry modernization programmes is 2020. At this critical milestone, oil production is expected to start showing early signs of an impending crisis and the Russian oil and gas industry must then progress to a new level of quality.