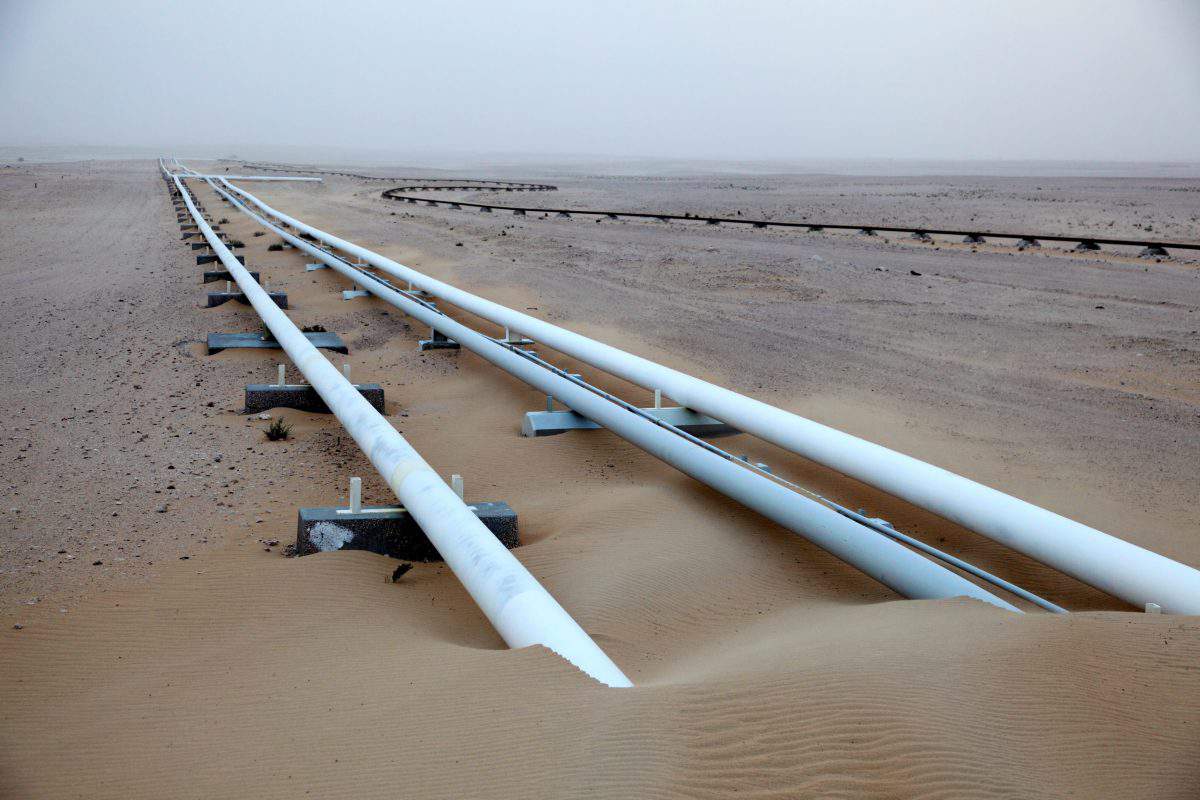 Oil pipeline in the desert of Qatar, Middle East

It is worth considering the projects linked to exploiting eastern Mediterranean gas reserves in the wider context of competition for dominance of the European gas market. This competition is multifaceted and features attempts at widescale manipulation of information, even by experts; this is aimed not so much at ensuring the projects are implemented as at creating a background of favourable information that will allow investment to be attracted, if only for the initial phases of the projects.

From this point of view, the EastMed project is virtually a text-book example. In itself, the project is neither economically nor politically unfeasible, despite presenting very complex engineering challenges: if it is realized, it will be the longest underground gas pipeline, passing through areas with extremely complex and varied geographical and geological conditions; there are plans to lay a gas pipe at a depth of around 3000 metres in the section from Cyprus to Crete.  As a result, the profitability of the project is very doubtful – the price of Mediterranean gas for Italy could exceed the cost of Russian hydrocarbons by 50% and as a whole, the project will make sense only if gas prices are relatively high. Overall, EastMed is vulnerable because it depends on too many external factors, which the project’s promoters cannot control.

The project is linked to extracting gas from the Aphrodite shelf deposits in Cyprus and the Leviathan shelf deposits in Israel, which have total reserves of 620-630 billion cubic metres (bcm), and gas supplies to southern Europe. The multitude of information around the project has been managed in a way that suggests a degree of manipulation by those involved in it.

The following vulnerabilities of the project should also be mentioned:

Firstly, the €6 billion cost of the project that was originally announced looks doubtful, and was probably a “promotional” evaluation, designed to attract an initial group of investors to the project and give it momentum. But with supplies in the region of 10 bcm a year, it can hardly count on strategic project status. Significantly, the project’s proponents cite capacities for the project ranging from 10 to 20 bcm. More probably, we can talk of a niche zone being created for gas consumers in southern Europe, and this means that the possibility of obtaining finance on political grounds is relatively low. It is telling that to date not one international company or major investor has shown real interest in participating in the project.

Secondly, the EastMed project does not take into account the possibility of increasing energy consumption and an increasing share of gas as part of the energy balance of Arab countries. This will be the natural result of renewed economic growth in industry and agriculture now that the Arab Spring has more or less concluded, and also of a shift in the centre of instability towards the Persian Gulf.

Thirdly, military and security risks are basically being disregarded; this is possible only if other countries in the region join Israel and Egypt in a wide-ranging collective security agreement. In such conditions, incidentally, financing would be easier to obtain.

Finally, the most important factor is Turkey’s transition to a multifaceted gas policy. Turkish energy minister Fatih Dönmez announced to the Turkish media in February 2019 that Turkey is starting exploration in Mediterranean oil and gas deposits. It can be assumed that this focus on the Mediterranean will become key to Turkey in developing its gas potential. It is doubtful that Turkey would agree to take part in a joint project with EU countries without the right to a decisive say in the project, especially given the growing level of distrust between Brussels and Ankara. After all, despite the relatively small volumes of gas supplies that have been announced, the EastMed project will create direct competition to gas projects tied to Turkey.

From an economic point of view, the biggest problem is that there are only very limited opportunities to make the cost price of gas more profitable. This applies both to purely technical solutions – changing the geography of the project is virtually impossible – and to consumer interests. In the final analysis, southern Europe as a whole and southern Italy in particular are becoming regions in which competition between various gas suppliers will only grow in the future. Against this background, gas projects that Egypt is putting forward look substantially more attractive from an investment point of view, but crucially they can also be realized within relatively short timescales. While it has not spoken out directly against the realization of EastMed, Egypt is striving to achieve a dominant influence in the eastern Mediterranean gas market, to a certain degree as an alternative to Turkey – but not in the context of the EastMed project. Cairo is interested in at least using gas from the Cypriot part of the Leviathan basin for processing at its gas liquefaction plants. Cairo and Nicosia have already signed an agreement on gas supplies from the Aphrodite gas field to Egyptian LNG plants in Damietta and Idku. In January 2019, Egypt and Israel began talks on building mainline pipes between the two countries for gas supplies from Israeli shelf deposits.  The realization of this project will not simply reduce EastMed’s available resource base; it will be a direct and substantially more effective competitor to the project in terms of commercial effectiveness and flexibility of supplies.

It is entirely logical to suppose that the periodic surges of information around the project, which are very likely to recur in the near future due to the growing crisis in Turkish-Egyptian relations, are designed to manipulate rather than to reflect a real activation of the project.