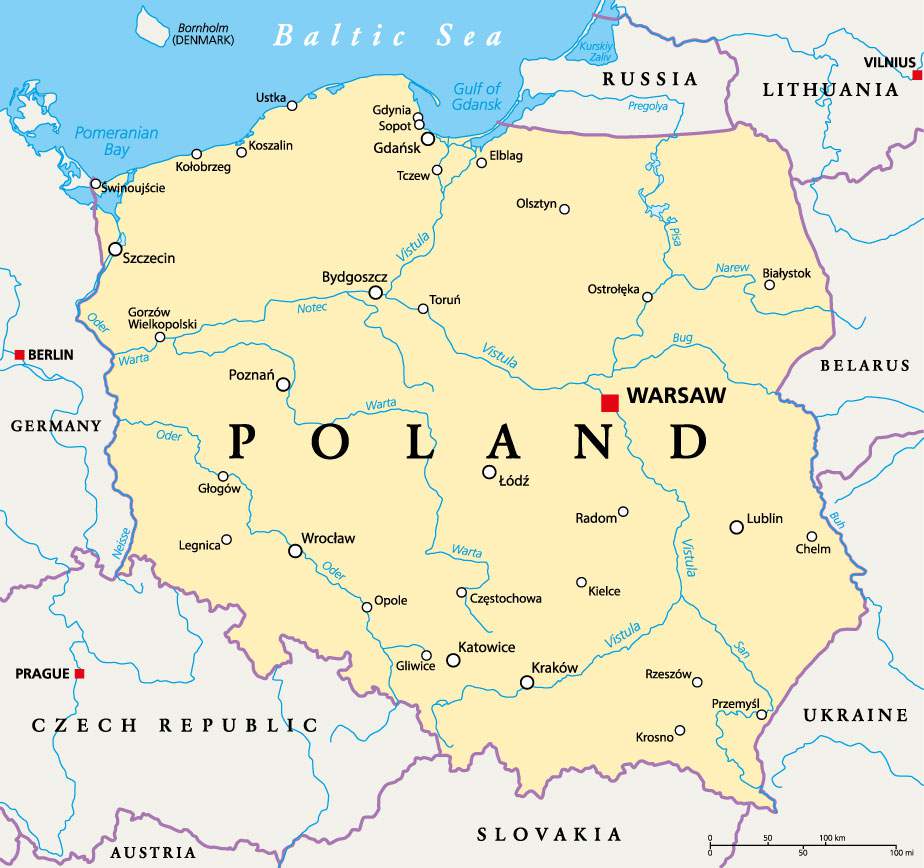 “Whatever’s bad for our Eastern neighbour is good for us!” It looks as though in Warsaw today, the Poles are happy to base their entire national well-being on this slogan. But history has demonstrated many times that mottos and vivid politically-based slogans like this bear no relation to real economic achievements. One exception, perhaps, is the post-war Marshall Plan, which allowed the economies of 17 western European states to re-emerge from the ashes. However, this was in large part due to America’s determination to direct $150 billion in today’s terms towards building an indestructible economic wall against the spread of communism from eastern into western Europe.

And so, it would seem, having become a part of the free world, Eastern Europe as embodied by Poland has been waiting for Marshall’s reincarnation. It has concluded a super-advantageous contract with the US for supplying American liquefied natural gas. With this LNG, Poland is as it were killing two birds with one stone: it is meeting its own demand for gas and irritating the incumbent of the Kremlin. The second aim is emotionally tinged, and therefore slightly irrational: for all that there is no love lost towards Putin, it is difficult to imagine that Warsaw is capable of causing him pain, or even less, of undermining the position of the country with the world’s largest gas stores. For now, alas, such an aim belongs in the realms of science fiction.

As for Warsaw’s effort to solve its energy problems through and with the help of Washington, then by the assessments of respected experts, the fantasy is far from scientific. Most agree that it will not be possible to solve the problem with the help of America’s LNG, and far less at its expense. A few simple sums are all that is required to answer the question of what the real cost of American LNG will be for Poland in the long term, and to compare this with America’s current promises:

The Americans assert that liquefied gas will be almost 30% cheaper for the Poles than Russian gas.  Currently, the cost of natural gas in the US is set by exchange prices at the Henry Hub terminal in Louisiana and is $3.13 per Million British Thermal Units (MMBTU). The cost of transporting it along the mainline gas pipeline from the hub to the LNG plant to be liquefied is 15% of the exchange price. That is, the cost of the fuel at the plant is $3.6/MMBTU. Liquefaction services add 80% to this cost. Altogether, the cost price of liquefied gas at the LNG plant in the US is $6.5/MMBTU. We’ll overlook persistent market rumours that in the United States itself, the real cost price of gas is much higher than that quoted.

Turning to transportation, the cost of delivery from the US to Europe is $1.1/MMBTU – to Asia, it is $1.5. This cost includes freight, bunkering, insurance, losses during transportation, and for Asia-bound gas, the Panama Canal tariff.  Interestingly, in 2016 the same delivery expenses would have been $0.5/MMBTU.  That is, the cost of transportation is growing and it should be counted on to continue to rise further. But for now, we have 6.5 + 1.1 = $7.6/MMBTU.

In the end, by this most optimistic calculation, the cost price of American liquefied natural gas in Europe on Delivered at Terminal terms is $7.6/MMBTU. This is equivalent to a cost of $270-275 per thousand cubic metres. This is only 8-10% cheaper than Russian gas. But the specified price does not presuppose a single cent of profit for the US – and America has never traded at a loss. It is quite obvious that Washington will raise the price of gas in the medium term to compensate for the lack of profit in the first years of potential supplies. At the initial stage, the Americans will deliberately supply their gas at a reduced price, that is, subsidize it in the hope that in future, once the Europeans are hooked on their gas, they will be able not only to make up the difference, but to make a profit.

According to forecasts by American experts, gas supplies to Europe up to 2040 will bring an additional $118 billion to the Treasury. However, what this profit will come from is not specified. But for purely political reasons, the Poles are acting as though they do not understand simple mathematical facts. They are refusing to address the possibility of any risks at all. How long will Warsaw be prepared to do this however? And what if the shale bubble bursts completely? With its tanker delivery to Polish terminals, LNG could lose its profitability and attractiveness in an instant once Nord Stream 2 becomes operational, even with partial transit through Ukraine. It will then be difficult for the Polish government to lead the entire population by the nose and pass off what they would like to be true for reality.

However much one wants to believe in the sincerity of Donald Trump and Marshall’s legacy, one still feels that this time, America wishes to solve some of its own economic problems at Poland’s expense, rather than the reverse. And so, Warsaw may find that the promising American project to provide energy security remains LNG sci-fi.