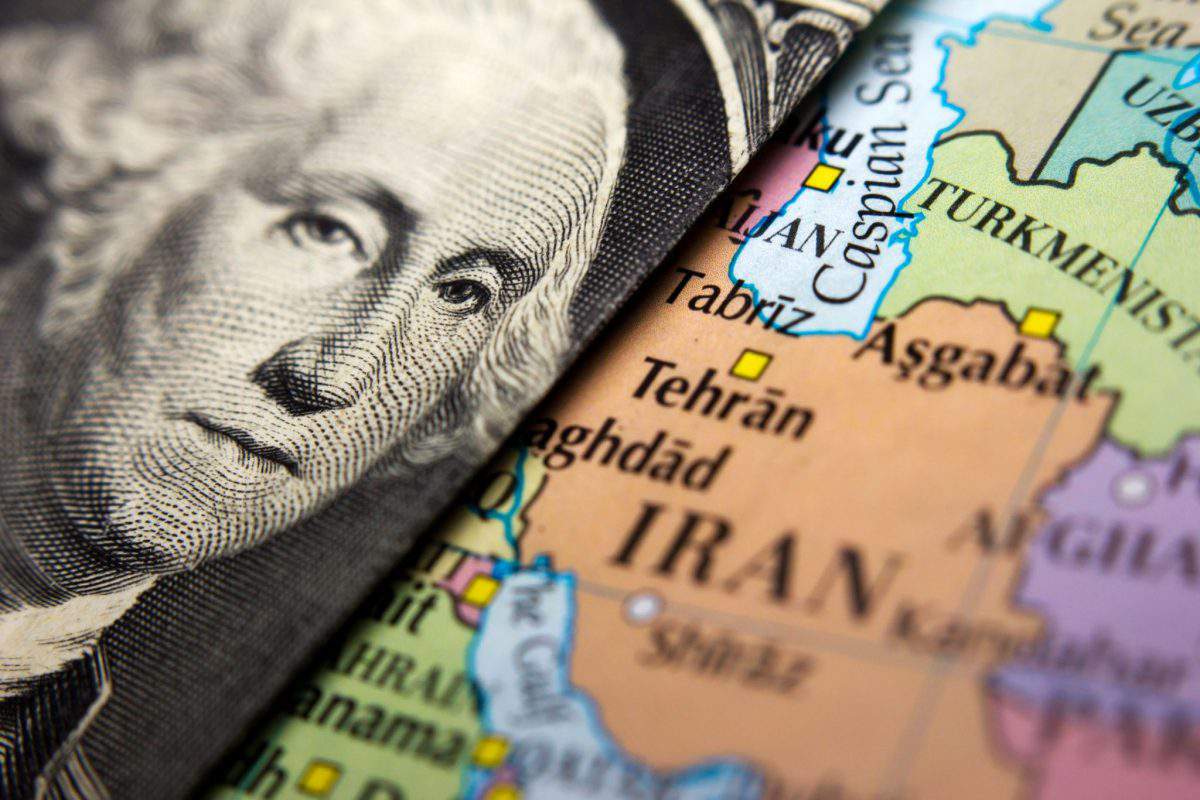 One of the key questions for securing Europe’s energy security is the possibility of organising the transportation of Iranian gas to the EU and thus alleviating the EU’s dependence on gas supplies from Russia. In the last year and a half this question has acquired a key and apparently disproportionate significance for Europe’s energy security.

According to OPEC data, Iran extracted almost 227 billion cubic metres (bcm) of natural gas in 2016, marking a growth of 21% since 2010, despite difficult conditions in the world gas market. Plans have been announced to increase extraction to 360 bcm by 2025, thus achieving growth of almost 60% (more than 130 billion cubic metres) in the next 8 years. These figures should not be considered completely unrealistic, although certainly many of Tehran’s declarations about energy issues are clearly manipulative in nature.

The mega-project of gas partnership between the EU and Iran – which was conceived as an important part of the policy of stimulating alternative sources of gas supply to Russia for Europe – appears very vulnerable if not doubtful even on a political level: for instance, there is perhaps unwarranted confidence that the Iranian leadership has unequivocally chosen to focus on the European gas market as a vector of development – and will strive to develop its cooperation with the EU under any circumstances. To date, the EU has not benefited from Tehran’s attempts at diversifying its economic policy.

How much will Iran’s export potential increase while it pursues this and how long will this take? From this point of view the situation looks unequivocal.

First: A critical part of Iran’s development strategy is “catch-up” social modernisation. Unlike the majority of internal political questions, social modernisation in the Iranian context has become part of a steady domestic political consensus. It is precisely because of the growth in social problems that Iran has compromised with the West on its atomic programme. But social modernisation, the results of which the current reforming elite will soon have to demonstrate to society, means a significant growth in energy consumption, including domestic demand for gas.

Some estimates, including from Iranian sources, put current internal gas consumption in the region of 180 bcm a year. This will continue to grow steadily, partly due to an archaic system of household gas consumption which cannot be reformed without significant social costs relating to the removal of subsidies.

We must remember that the Iranian leadership is actively carrying out a programme of connecting the country to mains gas supplies, which should have led to 90% of towns and cities and 80% of rural areas having gas by 2016. The real pace of the programme has rather lagged behind schedule. In any case, however, Iran expects to see a noticeable growth in household gas consumption in the next 3-4 years. This will have a substantial influence on its export potential.

Containing the growth of demand from households at 3% a year from 2018 to 2026 will result in the growth of internal gas consumption by 30 bcm. Industrial demand for gas will also grow. Even in the unlikely event that gas consumption by electric power stations remains frozen at 40 bcm a year – for instance through building new nuclear power stations and the widescale introduction of new energy-saving technologies, which will in itself be costly – the annual growth in industrial gas consumption of 3.5-4% will lead to it reaching 46 bcm in the period from 2018 to 2026, 14-15 bcm higher than today’s level, and consuming 12% of planned growth. 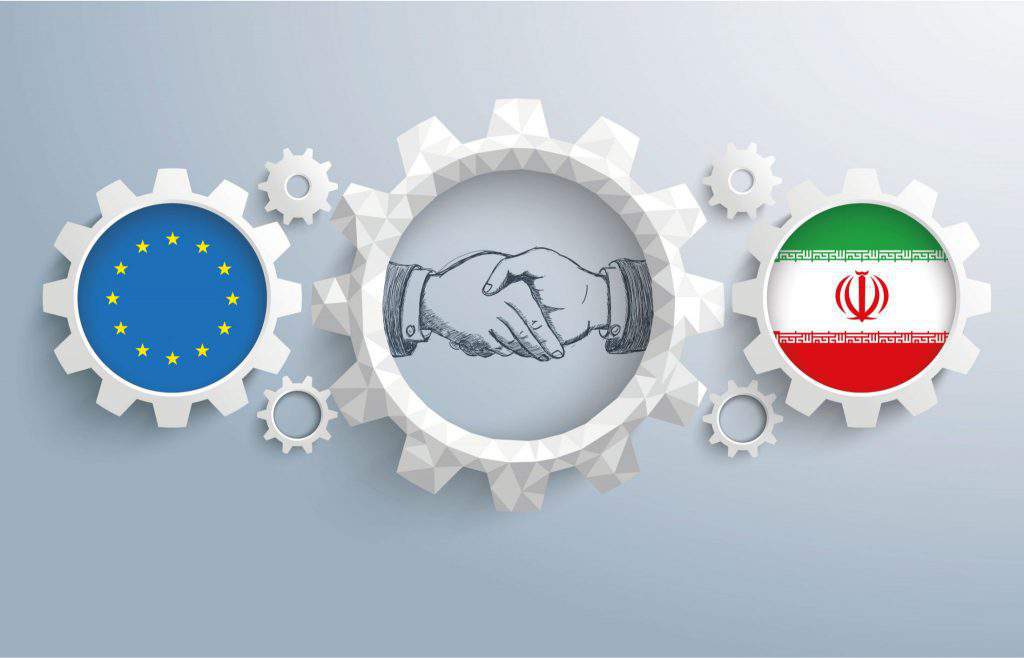 Second: Iran’s gas infrastructure remains antiquated and its export gas infrastructure is insufficiently developed. Currently the main gas exports are to Turkey, Armenia and Iraq and are small in volume. Simultaneously, Iran’s gas infrastructure has become seriously out-of-date and dilapidated. To expand Iran’s export potential it is necessary not only to lay new gas pipelines, but to make significant investments in improving extraction infrastructure; however there are currently serious problems with financing new export pipelines. It is also necessary substantially to increase the energy efficiency of the extraction complex and to remove the disequilibrium by which domestic gas consumption will mean that to all intents and purposes the country has no excess volumes to export.

Iran originally announced the need for 70 billion dollars of investment in gas extraction; according to the original plans, the country itself was prepared to contribute only a third of this. And this was clearly the cost only of the inital stage of reconstructing the industry. Another 40 billion dollars would probably be needed to develop the supply infrastructure through improvements to the power industry; logistics; control and security systems; software and so forth. This does not include the cost of absorbing the unavoidable “social burden” in Iran.

The volume of potential investment in the next seven to eight years can be set at not less than 100-110 billion dollars, of which Iran is unlikely to contribute more than 30. The remainder will need to come from investments by partners and external loans, which will have to be made in the context of traditional high levels of corruption, a weak banking system and opaque judicial procedures.

It should not be forgotten that Iran has too complicated a history with the West – including confiscation of assets – to enter into such projects without exhaustive measures to reserve and insure contracts – that is, not without “extended prepayment” which will increase the actual cost of gas for consumers.

Third: The possibility of renewed political pressure on Iran cannot be ruled out. These risks are not under the control of the Europeans, as was demonstrated by American President Donald Trump’s about-turn on the apparently solid agreement on Iran’s nuclear programme. It was only after this that the EU was able to begin to develop the idea of a gas partnership with Iran. The United States have shown that they alone are able to determine the pace of Iran’s “legitimization” as a genuine partner of the West. In conditions where global financial institutions effectively operate on the basis of decisions by American regulators, European investors are highly susceptible and sensitive to the effect of sanctions by the US. This is certainly the case when it comes to calculations about gas.

With the least worsening of the situation, payment for gas supplies would need either to be converted into the form of hidden “barter” – which may not always be either acceptable to Iran or permitted by the United States, which is preserving limits on the supply of high-tech production in relation to Tehran – or payments would need to go through neutral financial platforms, i.e. either China or Russia.

Until there is a definitive reconciliation between America and Iran – which considering the situation in Syria and the demonstrably pro-Israeli mood in Washington is clearly not immediately on the agenda – the likelihood of significant European investment in the Iraninan economy in general and its gas industry in particular is admittedly relatively low.

Fourth: The high level of militiary risks around Iran is also significant, and these may not even be connected to US–Iranian relations.

A key factor for the increase in gas extraction by Iran is the huge South Pars deposit in the Persian Gulf, which Iran “shares” with Qatar. At present, the pace of development of the “Iranian” part of the deposit is seriously outstripping the “Qatari” part. But this deposit will be in the “risk zone” in the case of any deterioration in the situation in the Persian Gulf, even if this were to occur as a result of Iran being in conflict only with local players.

There continuing high level of terrorist threat in the Middle East and the staunch anti-Iranian and anti-Shiite mood among networks of radical Islamist groups cannot go unremarked. This will be reflected in the relatively high level of risk attached to transport routes for Iranian gas, which will inevitably be reflected in its cost.  This can only be reduced by shortening the routes as much as possible.

The most operationally simple and least risky option for transporting Iranian gas to Europe through a pipeline through Syria to the coast is not feasible – not only because it would require recognising Bashar Assad’s political regime, but because of Russia’s inevitable involvement in the route’s operation.

The rate for supplying Iranian gas to the EU can only be implemented with long-term and multi-level hedging of risks, including security risks. This will inevitably transform the project into the category of those that are politically motivated.

As a whole, the limit of growth of Iran’s export potential from 2026 to 2028 can be reckoned at no more than 70-80 bcm, of which no less than 35 billion will go on supplying traditional consumers (Iraq and Turkey) and consumers that Iran has a political interest in supplying –Armenia, Pakistan and potentially Afghanistan – relations with all of whom are extremely important to Iran.  In the most favourable circumstances, the maximum available export potential from Iran will not exceed 45 bcm, even if a programme for increasing extraction is fully implemented. This is obvious since it will require the preservation of favourable political conditions for both Iran and the EU for a minimum of five to seven, but ideally 10 years, in order to ensure an investment regime conducive to the reconstruction of the Iranian gas industry. But this volume of “available” gas for export to Europe will diminish still further in view of the interest that China is showing in cooperating with Iran and Beijing’s possible advancing of the reconstruction of the Iranian gas industry.  In reality, what we are considering is the export potential after 2026 of a volume of not more than 20 bcm and more likely 15 bcm at best. It is doubtful that such volumes will be able to make a decisive contribution to the energy security of the Old World.