A WILD CARD IN THE EUROPEAN LNG MARKET 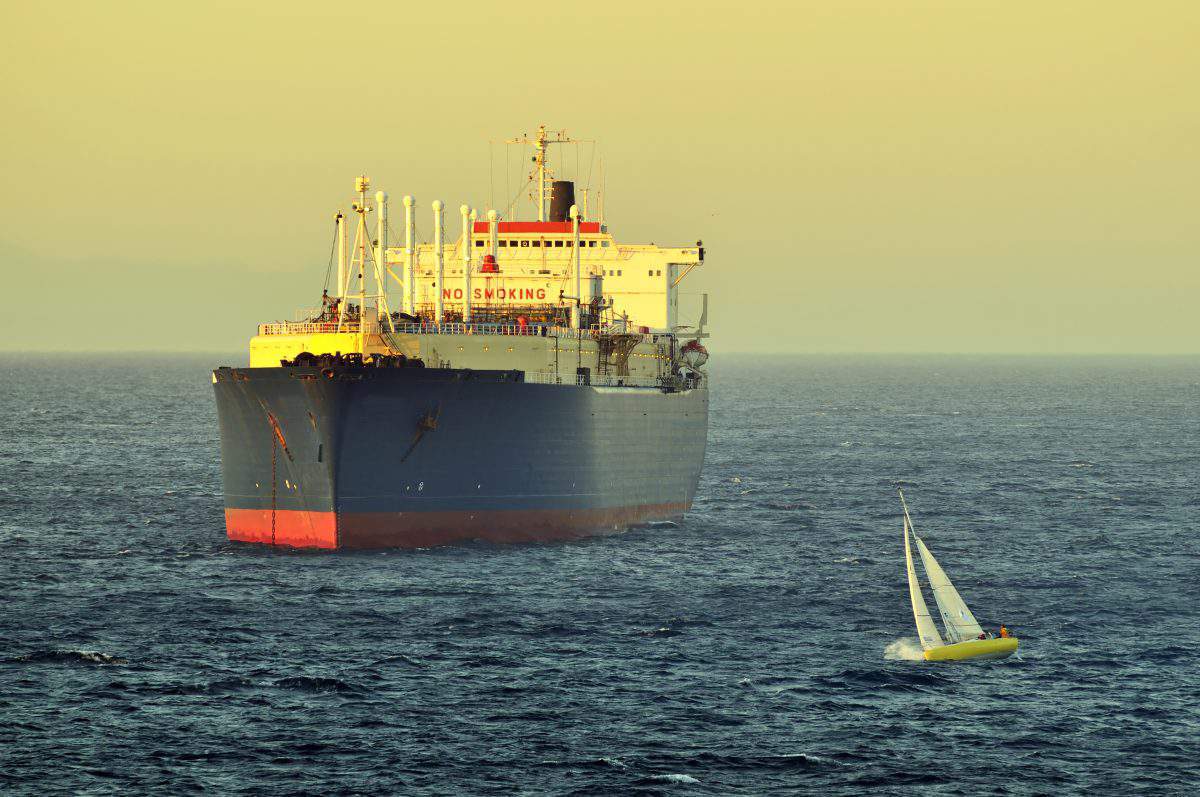 In the context of an increase in negative expectations of a serious crisis developing in the global financial market, ensuring energy security in socially and industrially key markets has become a question fundamental to preserving economic stability. These key markets now comprise East Asia, whose economic nucleus is China, and the European Union market. The EU market is the most structured both in terms of the culture of energy consumption, primarily gas, and also from the point of view of regulatory mechanisms.

Liquefied natural gas (LNG) is playing a substantial role in forming conditions for developing the European gas market. LNG is actively replacing piped gas, since it provides opportunities for a more flexible pricing and operational approach. This reflects global tendencies however: according to forecasts by Royal Dutch Shell, the LNG market will grow to 500 million tonnes by 2030, i.e. by more than 40%. Qatar is currently the world leader in LNG exports, occupying around 30% of the market and selling around 80 million tonnes a year. However, it looks as though a few dark horses are set to appear in this market in the near future. One of these is clearly Russia. Russia is quickly assuming leading positions in this fuel trend, although the vector of Russian export is for many reasons directed mainly at the Asia-Pacific region. Moscow talks about Russia’s ability to take up a substantial part of the newly developing requirement for LNG, which will be formed in significant part on the back of growth in the European LNG market. 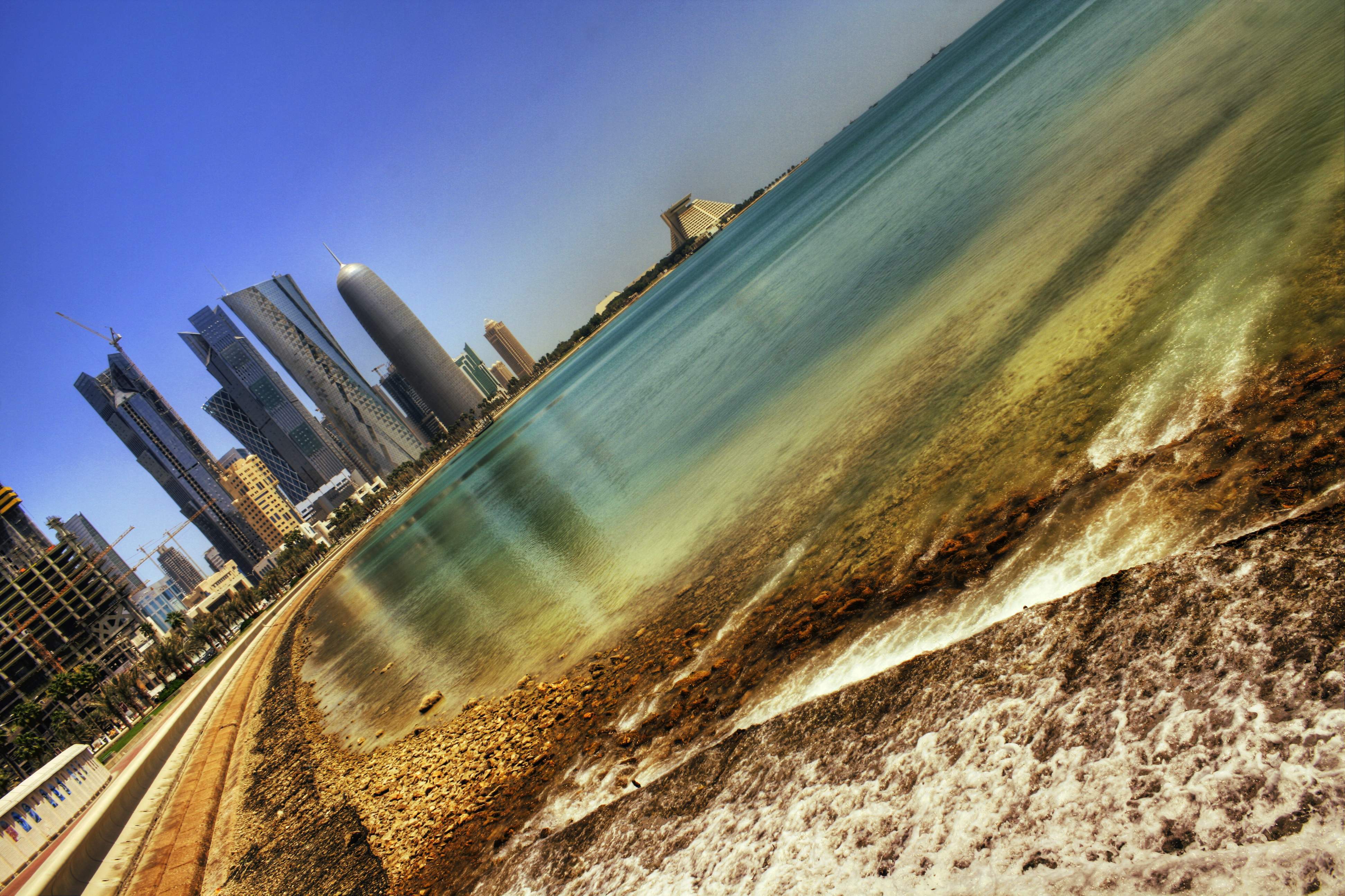 In developing a new global mechanism for trade in gas, The EU’s leadership places particular responsibility for energy stability on European countries and pan-European institutions, both in the operational sense – in terms of ensuring continuity of gas supplies to consumers – and from a political point of view, in terms of ensuring a favourable regime for the development of the market in the long term. This is particularly so now, when the issue is organizing a new architecture for the global gas market, in which LNG will play a big role – even if this is due to objective economic conditions.

A number of new challenges are arising in relations between major gas suppliers, for instance, the need to withstand the price diktat of the US, which is striving to advance its shale gas in the European market. For now, American supplies of shale gas to the European market are insignificant. According to a report by the European Commission, since 2016, the member states of the European Union have received 2.8 billion cubic metres of American LNG. By 2040, the volume of import of this type of fuel from the US should grow by 20%; this does not suit the current US leadership, which is attempting to increase supplies to the European market, partly on political pretexts. At the same time, at this phase of development, the US is refusing to specify the share of the gas market that American shale gas could guarantee to cover.

It is obvious that the growing global LNG market – generally and in Europe in particular – is creating space for the presence of a greater volume of American shale-based LNG in the EU market than exists currently. But even European specialists who are favourably disposed to purchasing American LNG note the general lack of price competitiveness of American shale-based LNG. In particular, Thierry Bros, Senior Research Fellow at the Oxford Institute for Energy Studies and Quarterly Gas Review author, points out that with the current level of European prices, supplies of American gas are profitable only with a spread of at least US$5-6 per MBTU for LNG free-on-board in the US, compared to Henry Hub prices.  A number of analysts consider that calculating the price spread at US$6 is rather optimistic, and one should instead be looking at a corridor of US$7-8, which signifies a relative situational surplus of gas in the US (or great potential for increasing its production) and a relative shortage of gas in Europe which for some reasons or other, which may be political, cannot be met from traditional sources. 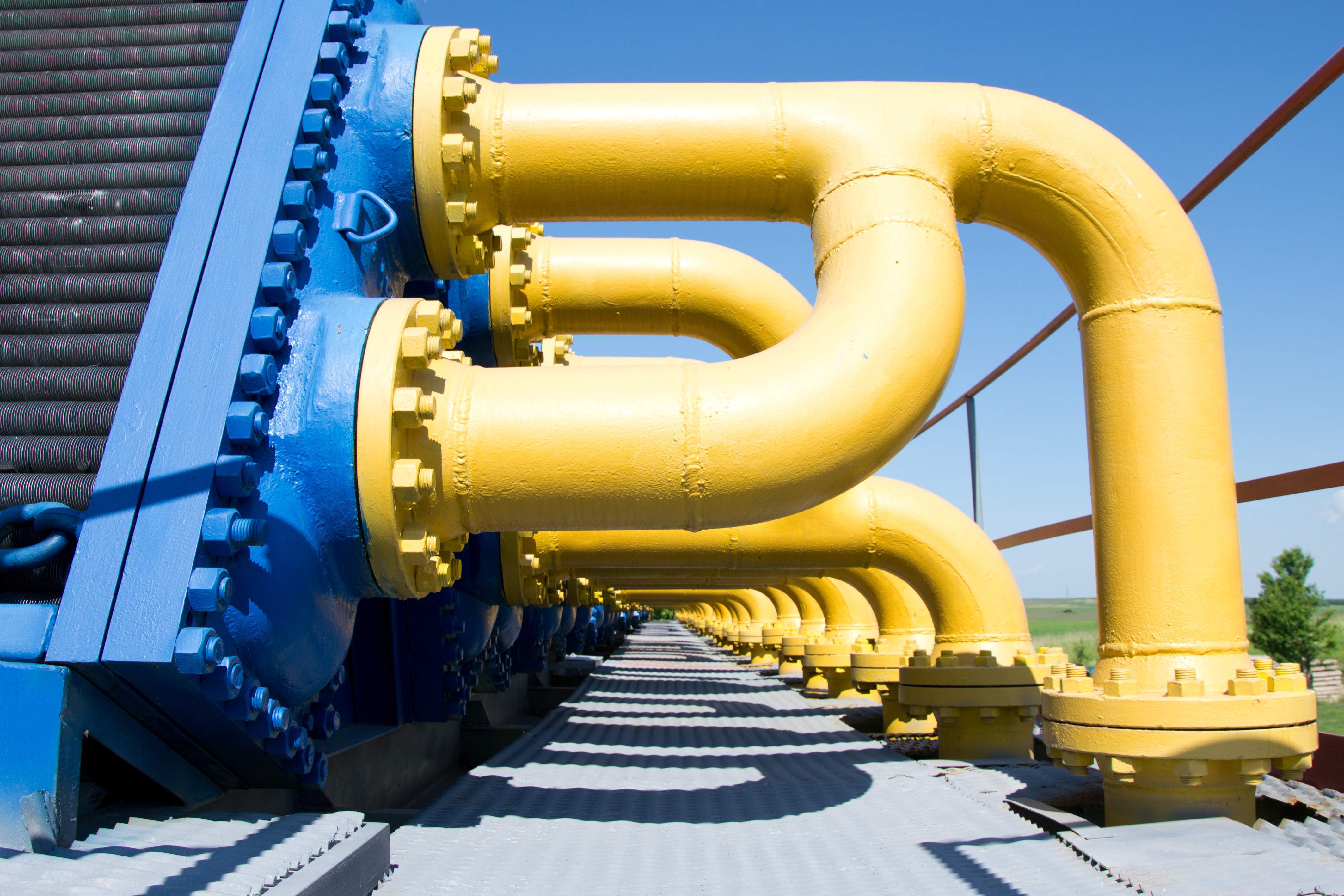 Another circumstance that plays no small part is the fact that the American shale gas industry basically has not so far been focused on the European market, preferring the more lucrative and less regulated markets of East Asia and Latin America, and has set its sights on dominating the Chinese market. Given this, how strategically significant will gas supplies to Europe be for the American shale gas industry? Is it just a relatively short-term project, designed to shore up the profitability of the industry until the question of American suppliers’ share in the Chinese market is settled?

It is logical that Russia, represented by its most effective private companies – first and foremost Novatek – is trying actively to become part of the new context, recognising the objectivity and irreversibility of global trends. The development of new projects, in particular the Yamal LNG one, will allow Russia to offer Europe LNG as well as piped gas. If Russia’s share of the LNG market was virtually imperceptible a few years ago, there is now every reason to suppose that Russia could have a 25-30% share of the LNG market by 2030.

For the EU market, this represents new opportunities as well as certain risks, linked to competition between different suppliers of gas – primarily Russian gas (piped and LNG); American shale-based LNG; and LNG from other countries, such as Qatar –although the Qatari mega-project to build an LNG storage facility in Germany is currently being rejected, which objectively narrows the field of competition.

The almost identical assessments by Russian and European analysts lead to the conclusion that without a fundamental technological revolution it will be impossible to ensure the profitability of American LNG supplies, even with relatively large supply volumes within long-term contracts.  Russian LNG, not to mention piped gas, will be cheaper.

Of course, it would be possible to create a scheme for purchasing gas that would provide maximum comfort for the US, and at the same time stimulate an increase in energy prices. But a question arises: LNG was largely in demand as a fuel in order to avoid a critical dependence on piped gas suppliers, including Gazprom, and to reduce the significance of long-term contracts, especially those of the “take or pay” type. The transition to long-term guaranteed purchases of American LNG, to all intents and purposes restores the principle that European consumers have tried to get away from, but at a new price level, and one that is known to be higher.  Moreover, it is precisely European consumers who will have to take on the basic initial costs for creating the base infrastructure. This, incidentally, is an indicator that gas supplies to Europe are not so strategically significant for the US that they will take on the initial investment. 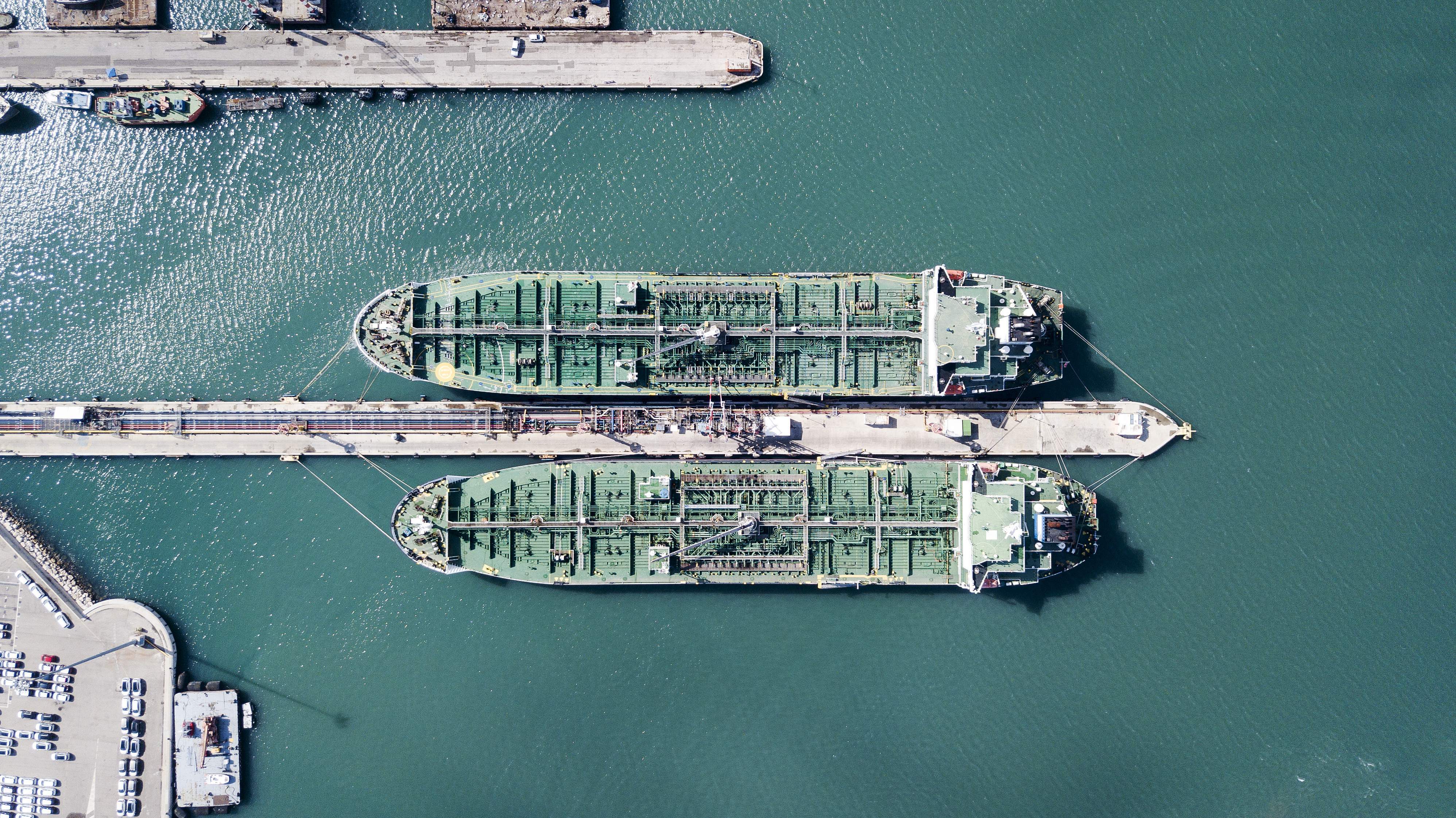 The main issue is that a number of European consumers will become dependent on new transit countries, which will be selected by the US on political grounds. Washington is now betting on Poland, Britain and the Netherlands as the main partners for the systematic entry of American shale-based LNG to the EU market. The reasons for this are far from purely political. Significantly, many European specialists are saying that the Trump-Juncker gas agreement is not a market agreement and was achieved with significant political pressure from the American side.  The proposal by Senators Ron Johnson and Chris Murphy to allocate $1 billion to EU countries to reduce dependency on Russian gas should also not be assessed as corresponding to market principles. In other words, this 1 billion will serve as a subsidy for buying American shale gas. But the worsening situation in relations between the US and the EU on questions such as trade conflicts and relations with Iran will hardly be conducive to the adoption of the American proposals for political reasons alone, when they are of dubious commercial benefit.

In these conditions, Russian LNG does not look so bad after all, both from a price point of view and because, at least right now, there is no political dimension to its purchase.  The main difference between Russian and American LNG is that Russian LNG has from the start been produced above levels needed for domestic consumption and is aimed at export. It is possible to enter into at least medium-term contracts for it. But American shale-based LNG could only be supplied for export if stable conditions in the domestic market are assured. As the winter of 2017-2018 showed, the dynamics of this market cannot always be predicted. This is especially so considering the shift in the US energy balance towards the use of gas for corporate and private needs.

The situation in the natural gas market is characterised by the dominance of buyers’ interests, which gives them the opportunity to foist their position on the supplier. This reflects the situation regarding the over-abundance of gas and the struggle between key suppliers for a presence in the most lucrative markets. The increasing political risk involved in LNG supplies from a number of regions – for instance, from the countries for the Persian Gulf – objectively raises questions about a more transparent and cooperative policy towards suppliers who have proved their worth, in order to avoid dangerous price fluctuations: such fluctuations are more than possible, considering the price disproportions between the European and Asian gas markets in general and LNG markets in particular.

Betting on Russia as a dark horse of the unfolding European LNG market could undoubtedly give European consumers quite a few pluses. Chief among these is guaranteeing long-term energy stability and sustainability in any political and economic scenario, particularly as Russia is ready to invest in expanding production potential for LNG and creating very favourable conditions for foreign investors in this sphere.  In general, Russian gas has sufficient potential to grow to a critical 40% share of the European market.

NORD STREAM 2: THE BATTLE MUST GO ON