The Arctic shelf: cold but not that cold

Recent turmoil in international oil and gas markets combined with increasing environmental concerns has helped calm a fever over hydrocarbon development in the Arctic region. Nonetheless, these territories with fragile ecosystems and abundant natural resources attract major players. According to the US Geological Survey, the Artic shelf contains an estimated 13% of global undiscovered oil reserves and 30% of gas reserves. Russia, claiming its right over more than one third of the Arctic territory, undoubtedly rules the roost in the region.
In fact, today, Russia is the only country that has a successful commercial oil production project in the harsh environment of the Arctic seas. Operated by Gazprom, Prirazlomnoye oil field located on the Pechora Sea shelf 60 kilometers off shore, started production in 2013. Since than close to 20 million barrels of a new type of oil named ARCO (Arctic Oil) have been transported to the mainland.

Oil and gas development in the Arctic region requires advanced technologies and comprehensive transport systems, which makes it quite an expensive enterprise. Even the heavyweights including Shell, Eni, ConocoPhillips and Iona Energy have frozen their Arctic projects or withdrawn from the region entirely since the oil price nosedived in late 2014.

Russian companies had to withstand even greater pressure as the sanctions set by the EU and US officials in 2014 cut them off from the latest drilling technologies. “Direct cooperation with the leading international companies such as Exxon Mobil, North Atlantic Drilling and Halliburton is currently impossible, but we hope to resume joint projects as soon as the sanctions are lifted”, announced Artur Chilingarov, president of Russian State Polar Academy, to journalists in 2014. According to Mr. Chilingarov, Russian oil giants were going to search for partners elsewhere, but would mostly rely on national technologies – a seemingly impossible task.

Apparently he had some aces up his sleeve. Indeed, government investment in high-tech projects for Arctic development since 2014 has exceeded $19 million, while private investment amounted to $8.5 million.

“The current situation of the oil and gas market today is a real opportunity for Russian industrial companies to penetrate the high-tech offshore market and become suppliers for the oil and gas industry,” says Alexey Fadeev, senior associate at the Institute of Economic Affairs at Kolsky Research Center.

In addition to this investment, the lion’s share of government social spending goes on renovating infrastructure, including creating better conditions for the workers and their families. 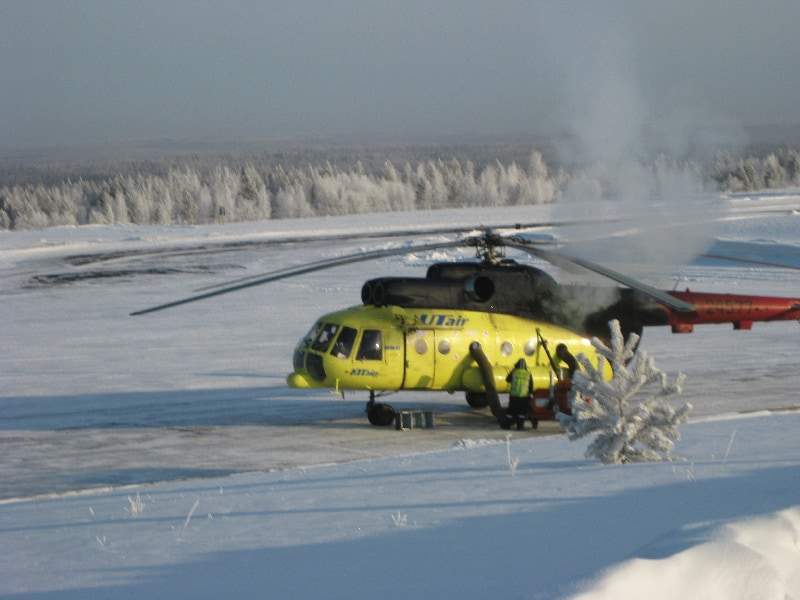 Despite initial successes, the Russian Arctic program is far from being a full-scale operation. The “real thing” is expected to be in place after 2020. Arctic hydrocarbons are of great value for the country with its conventional onshore reserves drying out, but there is no need to rush. In the 20th century, the Soviet regime attempted a bold and disastrous conquest of the north which left the vulnerable Arctic ecosystems badly damaged. This time the federal government and local authorities are making sure only the best and safest practices are employed.

“In fact, now only two Russian companies are licensed to operate on the Arctic shelf: Gazprom and Rosneft. The requirements for obtaining the license are so high because only proven technologies and experience can be used in the Arctic”, says Fadeev.

The same applies to their foreign partners. Currently, there are no foreign companies involved in Arctic shelf development projects as full partners, according to Fadeev. However, interest is great, especially among developing nations. A Chinese oil giant CNPC, a stakeholder in the Yamal LNG project (20%), is looking into other Arctic projects, notably offshore initiatives.

At the same time, Indian ONGC Videsh Limited is in negotiations with Rosneft to increase its share in Vankorneft, a subsidiary of Rosneft, founded in 2004 to carry out the Vankor field development project. Vankor is one of the largest fields discovered and brought into production in Russia within the last 25 years. In September 2016, Rosneft and ONGC signed the agreement of purchase-sale of 11% in Vankorneft and the transaction now being complete, the Indian side is keen to raise its participation share to 26%.

International companies are more than welcome to participate in the different production stages. “As for investments opportunities, this is definitely a good time. The prices are much lower than in 2014,” affirms Fadeev, noting that in fact only 20% of Arctic hydrocarbon development is carried out by oil companies while the remaining 80% of the work is down to service providers. 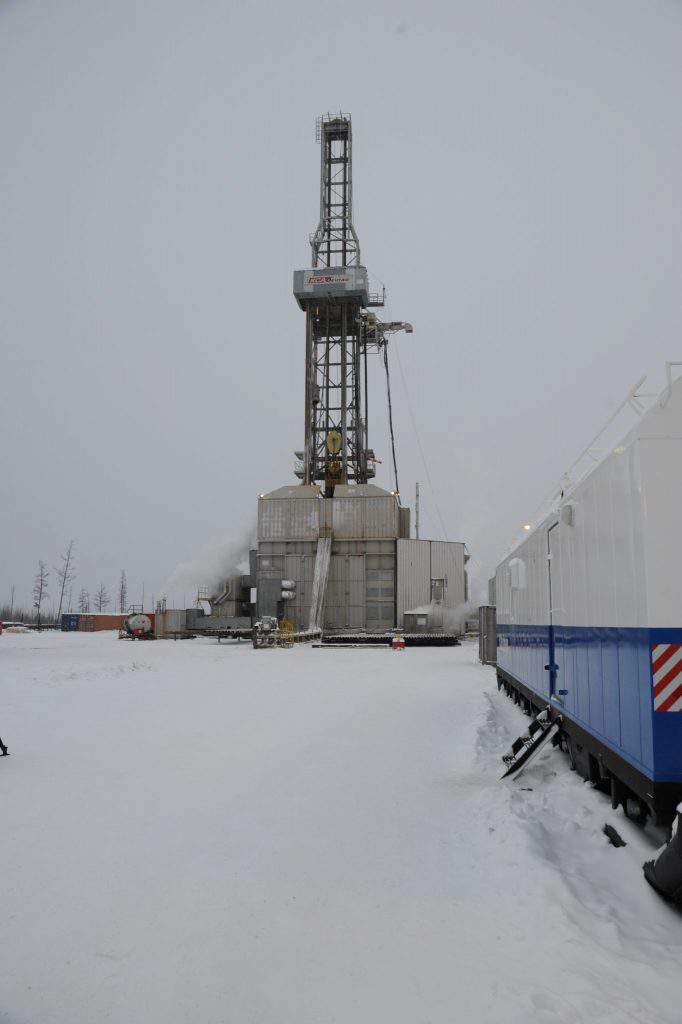 Environmental concerns in the form of statutory bans drive companies away from the Arctic shelf. In 2015, the Obama administration canceled the auctions for drilling rights in the Chukchi and Beaufort seas for two years. In June, Respol, a Spanish oil company with drilling leases in the Chukchi, abandoned 55 of them with the intention of giving up the rest next year. Last month, a lawsuit was filed against the Norwegian government over a decision to open up the Barents Sea for oil exploration. The prosecutors argue that this measure violates the country’s constitution and threatens the Paris climate agreement.

Russian projects were also subjected to environmentalists’ threats. In 2013, Greenpeace activists attacked the Prirazlomnaya platform, which led to a lengthy lawsuit: https://uit.no

In fact, Russia’s experience of oil production in severe conditions in the Pechora Sea since 2014 shows that production in the Arctic can be not only effective, but also safe. The Prirazlomnaya platform operates on the “zero discharge” principle – full utilization and neutralization of operational and household waste, where all waste is disposed of in a special absorbing well. 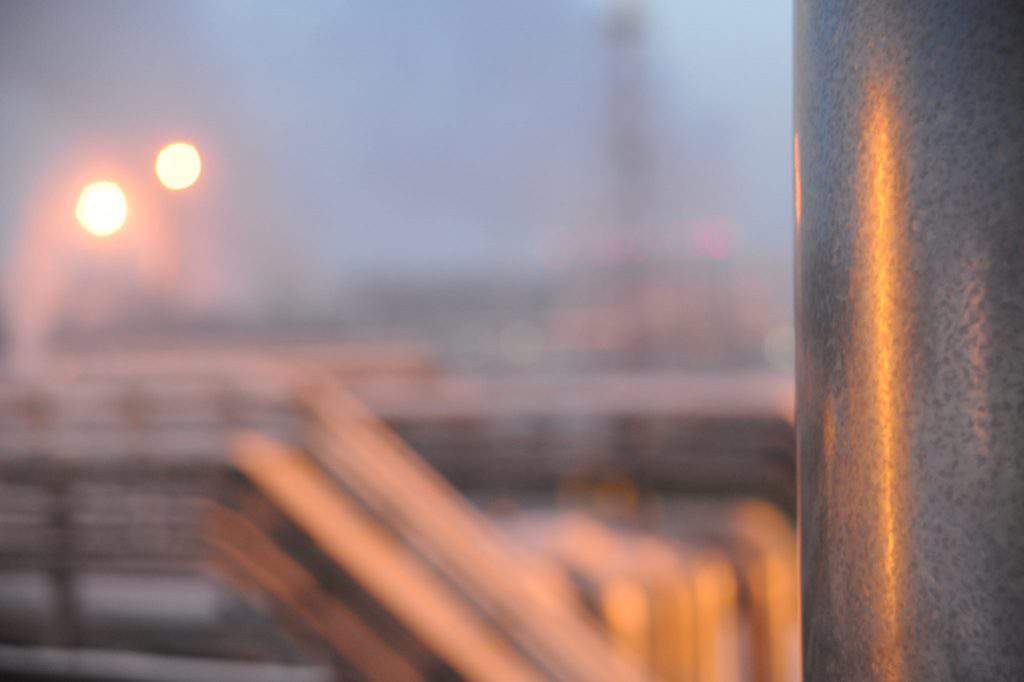 Compared to Norway and the USA, Russia has fewer legal bindings relating to Arctic oil and gas development. And now initiatives are mushrooming, with a few dozen currently being hammered out. The core of lawmakers includes oil and gas experts, scientists, local authorities working with various task forces and think tanks with the Energy Ministry, the Ministry of Natural Resources and the Environment, the Russian Gas Society, the Business Council and other institutions.

“We stand for a transparent scheme based on net income tax with identical rate,” says expert Ural Dmitry Kobylkin, the governor of northern Yamalo-Nenets autonomous district. In many regions preferential taxation has already been implemented.

At the same time, the Russian government is taking a break from issuing new licenses. In September 2016, Sergey Donskoy, the minister for natural resources and the environment, announced a temporary moratorium on issuing new appraisal, exploration and development licenses in the Arctic continental shelf, the length of which was not specified. The most recent licenses were granted to Gazprom on August 1, 2016 and Rosneft on June 6, 2016.

This will allow Russian lawmakers to push forwards the legislative initiatives and create a competitive environment, primarily by attracting Chinese and Indian companies, said a source that wished to remain anonymous.

In any case, the potential of natural resources in the Arctic is huge. The relatively low oil prices holding back commercial companies give the government a window of opportunity to hammer out necessary legislation and come up with better technological solutions.