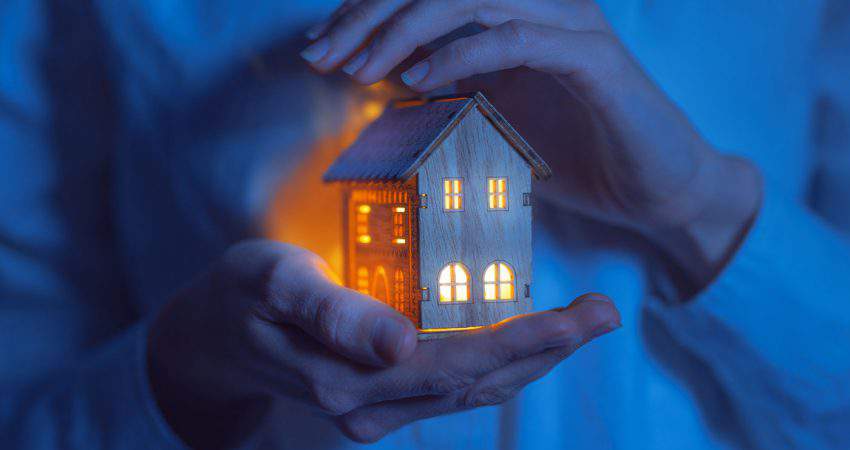 concept technology protection of the house from the cold. house in caring female hands

The global economy has not simply proved to be in a recession, intensified by the coronavirus pandemic: it is confronted with the formation of new systemic political realities. The sooner these new systemic realities are transformed into a new economic understanding, the quicker and more effective the way out of the crisis will be. If Europe continues to live in hope of a return to ‘normality’ however, this will only increase negative tendencies and reduce the competitiveness of the European market. The turbulent economic situation is only aggravating the fight to repartition the European energy market.

An important feature of the ‘new normality’ is the intensification of issues linked to global and regional energy security in the context of a substantial expansion of the tools which various countries consider possible to use to support their energy policies. The United States’ experience is the most revealing in this regard: it is directly coordinating its policy in relation to supporting hydrocarbon exports with the adoption of military and political decisions. The inclusion of sanctions against European companies that take part in building Nord Stream 2 and TurkStream in the National Defense Authorization Act (NDAA) for 2020 is attracting particular attention.  This forms a mixed mechanism for pressuring European companies and governments using security instruments – not to mention corporate and sectoral sanctions – among other measures.

The NDAA is a direct challenge by America to the EU’s autonomy in key economic issues and a direct infringement of the EU’s sovereignty. In essence, it is America’s response to Brussels continuing the EU’s energy strategy – including its climate component – unchanged.  It is extremely significant that Washington sent the signal that it would introduce sanctions against Europe at the very peak of the coronavirus crisis in Europe and before turbulence in the energy market has passed its peak. The issue in the long term is of who will have the opportunity to control the European energy market per se, and whether the European Union will be able to preserve its sovereign nature.

Pan-European institutions should play a substantial role in stabilizing the situation; until recently these have taken either a neutral position or one hostile to Russia on energy security issues. The logic of the administrative and political reduction in Russia’s share that previously lay at the basis of European energy strategy is now beginning to play not just a negative, but a dangerous role. There are four features which in fact determine the context in which Europe will need to carry out a review of its basic approaches to European energy security:

The transit countries, which have in large part used political arguments to obtain support from the industrially developed countries of the EU, are convinced of the effectiveness of such a tactic.

In the current circumstances, the implementation of the gas transport projects previously announced by the EU’s partners look less likely than ever, at least from the point of view of ensuring their profitability. It is essential to focus efforts on those projects that are nearing completion.

The security risks of transporting hydrocarbons by sea will probably grow, as will transport and logistical costs. This is particularly the case with the situation in East Asia and the Mediterranean. The latter will directly affect Europe’s interests.

Inflation may rise above usual levels for the EU and the US, making the implementation of long-term investment initiatives less predictable, even if European companies maintain unlimited access to credit, from China in particular.

In other words, the situation around the European energy market will become substantially less predictable, even if the coronavirus pandemic and the panic surrounding it comes to an end in the near future. In these circumstances, the role of national and supranational European institutions is to create the conditions for unhindered access to hydrocarbon resources – primarily natural gas – not only during the economic recession accompanying the pandemic and turbulence in stock markets, but first and foremost when economic activity revives and there is a demand for energy that is relatively cheap, but which has a guaranteed supply.

This raises three issues for Europe:

1. The prospects for preserving a single, sovereign, common European energy market to counteract both the objective movement towards its regionalization and the United States’ subjective aspiration to obtain an opportunity to manage it from outside:  Europe faces the question of whether there is a political will to protect its energy competitiveness as well as an economic interest in doing so.

2. The ability of common European institutions to ensure a balance between national interests and common European policy in the energy field, initially in gas supplies but in the future, in oil processing.

3. Europe’s ability at both a national and a Europe-wide level to ensure the controllability of financial flows in the energy sphere and the maintenance of investment potential. In this regard, one needs to ask directly which factors could create favourable conditions for reviving investment processes in the energy market and in European industry in general. Undoubtedly, one such factor is maintaining an expanded energy partnership with Russia.

As the coordinator of energy policy in Europe, the European Commission must demonstrate the priority of the interests of a united Europe and develop effective mechanisms to protect European business from unscrupulous competition by Washington in the form of extra-territorial American sanctions. It is important to eliminate the external threats to business in the internal market that could arise both from blackmail by suppliers or transit countries and as a result of unforeseeable situations arising in the oil and gas industries of an entire range of countries.  In the latter case moreover, the most significant aspect of uncertainty lies not in the state of affairs with Middle Eastern and Caspian oil and gas suppliers, but in the American shale industry.

The problem of supplying shale hydrocarbons to the European market from the United States is that continuing negative dynamics in the global market mean the American shale hydrocarbon industry will have to deal with the threat of corporate defaults.  Even if it succeeds in avoiding consequences and preventing a cascade of corporate defaults, the US economy will at best enter a period of restructuring and consolidation until the summer of 2022.

The situation could become stagnant and drawn out because of the need to form a new wave of investment and develop new oil and gas fields. And for now, this is looking very problematic indeed. The question inevitably arises as to who will pay for restructuring the industry and covering liquidity failures, especially if throwing money at the American economy does not produce a breakthrough in the near future. There must be a realization in Europe that if China experiences a relatively fast recovery, it may be precisely European consumers who largely bear the cost of bringing American shale producers out default.

It is necessary to look seriously at Poland’s plans to turn itself into Europe’s major energy hub, focused on supplies of American shale gas:  Warsaw will have substantial opportunities to influence Ukraine and potentially also Belarus – that is, transit countries – and will thereby obtain exceptional opportunities to manipulate the European energy market. The countries of the ‘old’ Europe will simply have no political means to counteract this.  Germany will be in a particularly vulnerable position. If the halt in the Nord Stream 2 project continues, it will be unable to independently secure affordable energy for itself at the stage of economic recovery.

President Trump’s declarations about the readiness of sanctions against European companies involved in building the Nord Stream 2 and TurkStream gas pipelines suggest that Washington is strategically seeking to make major European energy companies operate within the framework of American legislation instead of European legislation (specifically, the energy packages which were originally aimed at limiting Russia’s presence in the market). This primarily concerns Germany’s Uniper and Wintershall Dea, British-Dutch Shell, France’s Engie, Austria’s OMV and a number of other companies, not least Britain’s BP.  In the future these companies may simply be transferred to American jurisdiction under various pretexts, including the use of administrative mechanisms, and placed under the control of American financial conglomerates interested merely in extracting investment flows from them. This will deprive Europe of mechanisms with which to formally manage its energy security and the financial resources needed to create a more flexible system.

Both the supranational European institutions and the national elites who will in the medium term face the challenges related to Europe’s survival as an independent economic player will have to recognize that the confrontation between the EU and the US over energy will only intensify and cannot be solved within the framework of existing Euro-Atlantic institutions. Brussels will therefore need to show toughness.  In circumstances of a pandemic and a fall in oil prices much could change in the economic war with the United States and with President Trump personally. The situation around Trump’s re-election is becoming ever more complicated and he has proved his ability to raise the stakes in an economic confrontation. Former Eastern ‘enemies’ and rivals – first and foremost China and Russia – could become powerful allies, provided of course that their interests in the industrial and energy spheres coincide.