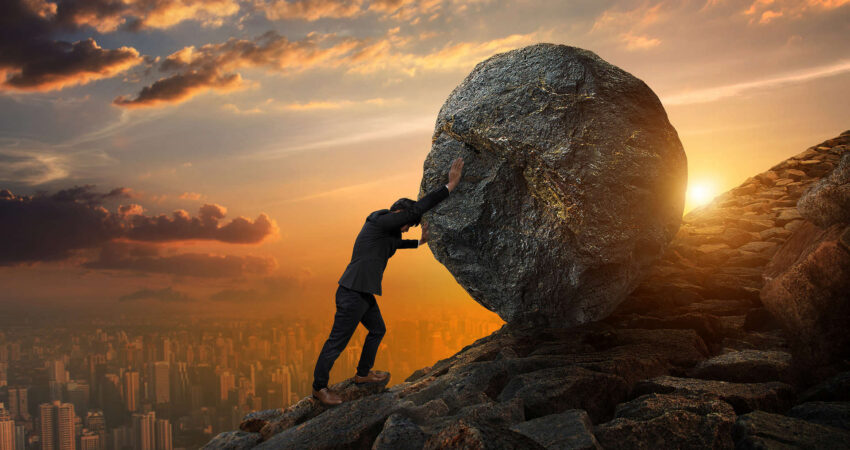 A triumphant fanfare was heard in Israel in the middle of the summer: following on the heels of the authorities in Greece and Cyprus, the government had finally ratified the agreement on the construction of the EastMed gas pipeline. The pipeline is intended to deliver gas from the Israeli Leviathan deposit to European consumers.
The agreement was signed in January 2020 but this was preceded by a delay of almost a year: the project proved problematic before its implementation had even begun. Experts are continuing to describe its prospects as unclear: the specific geological characteristics of the Mediterranean seabed – which are driving up investment outlay and depreciation costs – and the geopolitical instability of the region work against EastMed and have put the very possibility of the project being realized in question.

It is not only the record, almost 2000-km length of the pipeline that is giving rise to doubts about the financial profitability of EastMed, but also the depth at which it needs to pass: in a number of marine areas between Cyprus and Crete the depth at which the pipes are to be laid is over three kilometres. Moreover, it is worth considering that the relief of the Mediterranean at this location is rather complex and the region itself is located in the second most seismically active zone in the world.
If EastMed is implemented it will be the longest and most deep-water gas pipeline in the world. The technologies that allow it to be realized do exist in theory, but in practice they have never yet actually been tested. Experts warn that this ambitious task will not simply automatically increase the cost of the project from $7 billion to $12-13 billion: observers fear that depreciation costs will inevitably have an impact on the price of gas supplied to Europe from the Leviathan oil and gas basin.
However, considering the extremely unstable situation in the gas market in 2020 due to the coronavirus pandemic, these circumstances will hardly interest potential investors and purchasers of Israeli gas. This is all the more so since in southeastern Europe projects such as the extension of TurkStream and the Southern Gas Corridor –of which the Trans-Adriatic gas pipeline (TAP) is a part – are already being implemented. These gas pipelines are either already operational or nearing their launch: the same cannot be said of EastMed, which is only just getting going.
It should be remembered that Leviathan, the main field of the new project on the Israeli shelf, was launched only at the beginning of 2020, after numerous delays, and as experts observe it will be some time before EastMed reaches its projected plateau of 12 billion cubic metres (bcm). And the collapse in gas prices on world markets in the spring of this year has required forecasts for the volume of extraction at Leviathan to be revised downwards from 10 bcm to 7 bcm for the first year.
The small Israeli Tamar deposit, which is already operational might have been able to help in filling the pipes initially, but other than a very small amount supplied to Jordan, gas from there is mainly used in Israel’s domestic market.

The main question that arises in this situation is whether investors can be found for the project. The EU, which lobbies EastMed, allocated only €35 million to it; even with the pipeline’s original €6 billion cost this looks like a mere drop in the ocean.
Recent active political support for the project from the United States ignited the hope that loud words and assurances would be turned into the equally noisy currency of American investment in the pipeline. After all, as a sign of support for EastMed from the United States, the American secretary of state himself, Mike Pompeo was present at a ceremony where the agreement was signed in 2019. But words have remained just words: so far, Washington has not given a cent in co-financing to help the ambitious new project. And experts believe that it will not give any money. It is one thing to declare the necessity of diversifying European gas supplies and speak of European energy security at the peak of Nord Stream 2, but another thing entirely to invest in the risky EastMed. Especially when you have liquefied gas yourself and dream of selling it in Europe. And so Israeli gas will certainly not get by without private investors.

But a substantial obstacle for attracting investment and moving the project onto a practical footing will inevitably be the situation in the Aegean Sea that flared up seriously in September, when Turkey and Greece sent warships to the region, where conflict had broken out. The pretext for the escalation was exploratory geological works started by Ankara in Greece’s exclusive economic zone (EEZ) after major oil and gas deposits were discovered on the Cypriot shelf.
However it was in fact the conclusion of the agreement on constructing EastMed that was the trigger for this situation. Following this, Turkey, which had signed an agreement with Libya on the delimitation of maritime borders, announced that the entire area of the eastern Mediterranean, right up to Libya’s EEZ was its own exclusive economic zone. Ankara even began to award licences to companies for extraction at deposits in the region, including the shelves of Crete and Cyprus.
Following France and Germany’s active involvement in resolving the conflict, it has been possible to avoid open clashes in the Aegean Sea. But the problem remains that sections of EastMed must go through maritime zones where conclusive agreement on demarcation is still lacking and which as before remain the subject of territorial dispute.
This serious problem is also hindering the linking up of the Aphrodite deposit, located offshore from Cyprus, to EastMed. Turkey has already asserted that Cyprus does not have the right to develop this without taking into account the interests of Northern Cyprus, since the deposits are on the shelf of this unrecognized state. This is not to mention that one should not in any case expect Aphrodite to be linked up to EastMed in the near future: it is at a very early stage of development and much time will be needed for it to reach its planned extraction level of 8 bcm a year.
EastMed very much needs investors, but as a rule, investors are never found where there are political conflicts and territorial disputes. And this project has more than its fair share of these. It is possible that Leviathan will continue to lie helplessly on the sea bed.