No green without blue: Europe could fall short of its energy goals without hydrogen imports 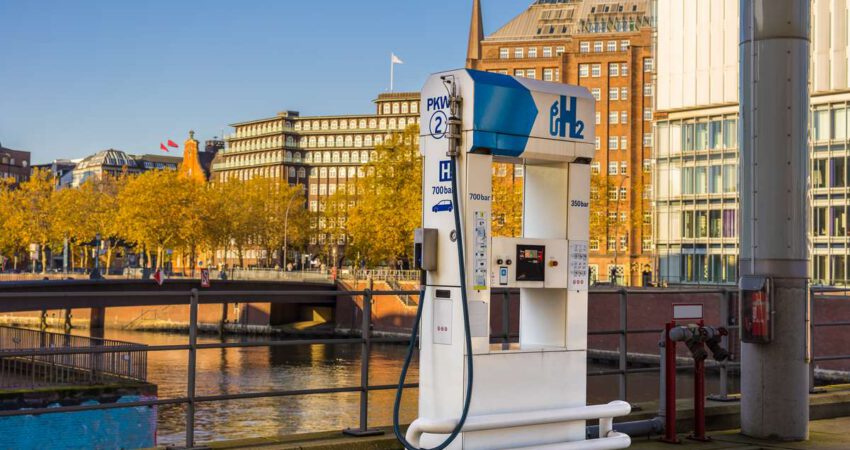 This winter, soaring energy prices have aggravated the economic burden for European businesses and residential customers alike. While solar and wind plants are falling short of satisfying energy needs, another factor has proved to be a shortage of reserves of natural gas and other fuels.

Hydrogen could become an alternative major source of green power. Currently, it is mainly obtained from natural gas and therefore known as “blue” hydrogen. A cleaner type is “green” hydrogen, made without any greenhouse gas emissions. The EU aims to use only the green type, but the facts suggest that blue hydrogen is the only real option for a long transition period.

In the 118-page report Geopolitics of the Energy Transformation: The Hydrogen Factor by the International Renewable Energy Agency (IRENA), it is stated that “if blue hydrogen meets strict emissions criteria, it could play an important role in scaling up hydrogen volumes.”  And, it continues, “blue hydrogen could offer additional flexibility in the hydrogen market.” The report also estimates that blue hydrogen will be cheaper than green until at least 2030.

The European Commission, however, strongly adheres to the idea of producing local green hydrogen. “Europe needs to turn the page on fossil fuels and move to cleaner energy sources,” Executive Vice President for the European Green Deal Frans Timmermans was quoted as saying during a video conference last December, when the gas price crisis was already underway.

Questions on the European hydrogen strategy

In 2020, the European Commission presented its hydrogen strategy (A hydrogen strategy for a climate-neutral Europe), which aims to make the use of hydrogen ubiquitous within the 27-nation bloc by 2050. It specifies that hydrogen used should be produced from renewable energy sources. Strictly speaking, hydrogen produced with the use of nuclear power can also be considered green, but the document does not mention this type.

What the strategy lacks though is a clear indication of where the hydrogen will come from. Other large energy importers like Japan and South Korea that have adopted hydrogen strategies, specify that the fuel should be imported. Even some countries within the EU state their intention to import hydrogen. Germany’s National Hydrogen Strategy, adopted in June 2020, clearly states that the country will import hydrogen from Russia, while a similar document in France specifies that it will not only import hydrogen but also generate it using the country’s nuclear plants.

Finally yet importantly comes the question of cost. The price of blue hydrogen production currently stands at €2 per kilogram; for green hydrogen the cost is three times higher, at €6 per kilogram. The most optimistic official estimates are that by 2030 green hydrogen could cost less than €1.8 per kilogram, according to EC President Ursula von der Leyen. The EU strategy relies on this estimate, but most experts agree that it will take much longer to lower the costs. The Hydrogen4EU report by Deloitte estimates that Europe could save up to €2 trillion by 2050 if it includes gas-based hydrogen in its energy mix. The estimate takes into account expenses for renovating transport infrastructure and plants to enable them to capture CO2 emissions.

Where will the hydrogen come from?

Beyond the political declarations, it is clear that although green hydrogen produced in Europe remains the ultimate goal, Europe will have to rely on importing either hydrogen or the fuel that is required to produce it at local plants. According to Deloitte’s estimates total demand by 2050 will be approximately 100 million tons, which considerably exceeds estimated renewable capacities.

If energy imports are inevitable, the question of energy security and diversification arises once more. Risks related to transporting large amounts of pure hydrogen by land or by sea are much higher than via pipelines. This leaves Europe with two options: either to import LNG and be content with blue hydrogen produced in Europe, or to use the existing pipeline infrastructure for hydrogen transportation. According to rough estimates by IRENA, the costs of transporting hydrogen via pipelines will be some 30-40% higher than for natural gas. Even then, hydrogen supplies from Russia would be more economical for the EU than LNG imports from the United States, which currently play a significant role Europe’s energy mix. If the other costs of hydrogen production in Europe are taken into account, transportation via pipelines could be 2-2.5 times more economical.

In fact, gas pipelines connecting the EU with Norway, Russia and other suppliers were also not created for pure hydrogen, but renovating them will “cost not more than 20%” of total infrastructure costs, according to Noé van Hulst, hydrogen advisor at the International Energy Agency. Such adaptation costs appear negligible for a project worth €10 billion. Moreover, no repurposing or expenditure will be necessary if a blend of hydrogen and natural gas is transported.

Expenditure will be less for modern pipelines, while for older ones, repurposing may be uneconomical or even impossible. For instance, the Nord Stream 2 pipeline will be able to use one or both of its branches to transport pure hydrogen in as little as ten years according to a preliminary study by Nord Stream 2 AG, while a mixture of natural gas and hydrogen could be transported as soon as needed.

On the other hand, many transit pipelines in Ukraine and Belarus are likely to be unfit to carry hydrogen.

Some European neighbours also have hydrogen strategies. For instance, Russia adopted one in summer 2021 with Ukraine following suit in December 2021.

Unlike others, Russia has good prospects for starting hydrogen supplies soon. According to its latest energy strategy, adopted in June 2020, Russia will produce 0.2 million tons of hydrogen by 2024, rising to 2 million tons by 2035. Part of this amount could be transported to Europe as green hydrogen if the EU classifies the nuclear energy used in its production as zero-emission. Talks on this subject are already under way in Brussels.

Also, unlike the framework documents adopted by many EU countries, Russia has a very clear plan for developing hydrogen production and has even named those responsible for its implementation. By 2023 for instance, there should be a technical solution allowing gas field refineries to produce blue hydrogen on site. By 2024, industrial production of green hydrogen should be developed.

Moscow seems ready to establish “hydrogen relations” with Europe, but at the same time Russia is eyeing the lucrative Asian energy markets. In spring 2021, Oleg Aksiutin, deputy chairman of the board at Gazprom, stated in a column that the company was preparing to produce hydrogen in the Russian Far East region and transport it to consumers in China, Japan and South Korea.

Within the EU there is a lack of consensus on the question of hydrogen imports. The more industrial north is far less opposed to importing hydrogen while southern countries, which traditionally consume less energy, support only local solutions.

Countries like Germany, the Netherlands and Belgium are seeking to ramp up supplies. In fact, Germany’s own national hydrogen strategy, adopted in June 2020, clearly states the need for hydrogen imports.

On the other hand, France, Hungary and Poland strongly object to both natural gas and hydrogen imports. Their argument is that Europe should develop its own capacities and rely on renewable sources.

It is unclear how long these debates will continue. What is certain is that the industrial north will have to import more hydrogen if it is to continue the green transition. The EU will therefore have to accept this, and ideally sooner rather than later. It might be wise for Brussels not to reject the low-hanging fruit and consider imports of blue hydrogen via existing pipelines from Russia, Norway and other current natural gas suppliers.