Forbidden love — the future of the diesel engine and the alternatives 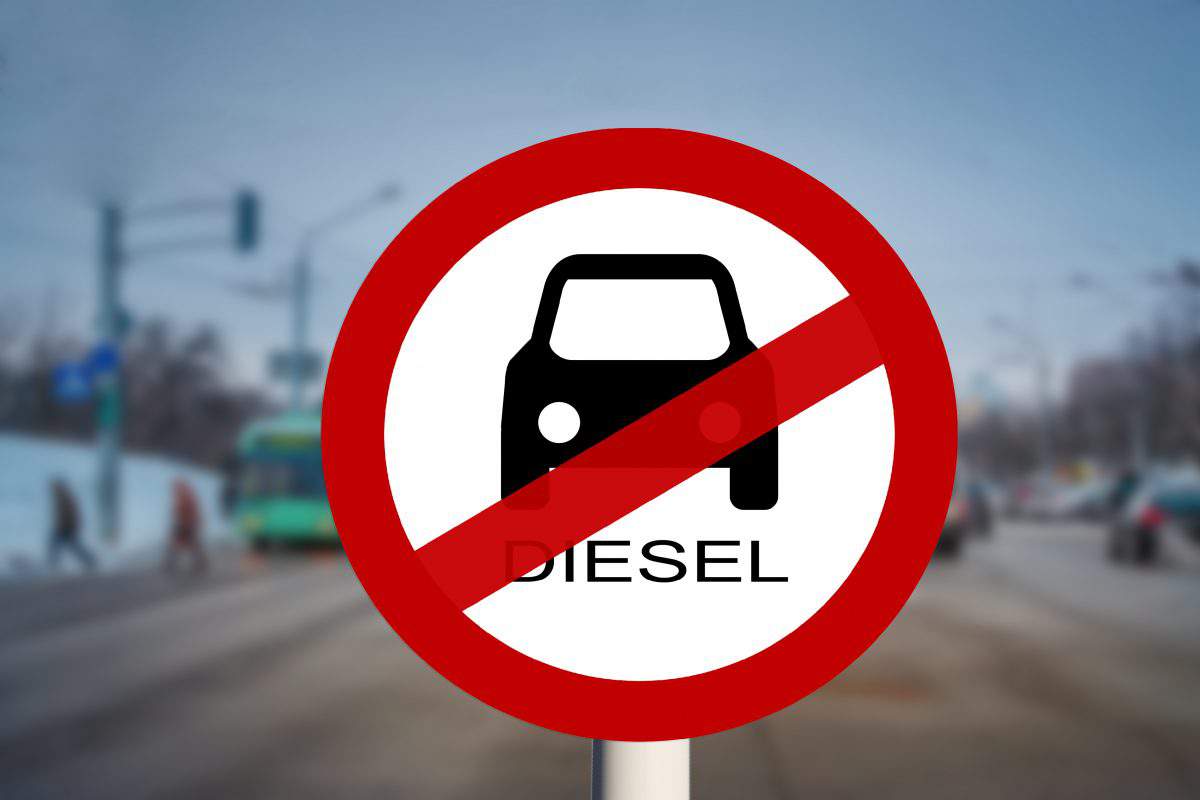 Diesel Prohibition ban on the movement of cars with diesel fuel Euro3, Street with transport in the blur and road sign close up

The history of the diesel was never one to reach soaring heights. However, despite existing in the shadow of the petrol engine, for a long time diesel technology has maintained its importance on European roads as an economic and even, at least in terms of CO2 emissions, a more environmentally friendly alternative. The greater performance paired with lower fuel consumption proved convincing for many buyers of diesels, despite the higher purchase price. Yet since the announcement that exhaust emissions at VW had been manipulated, and the growing global awareness of climate change and protection, the diesel engine has become a topic of social and political debate. Although experts might still be arguing about the consequences of increasing particulate air pollution, measures such as the newly issued driving bans in major German cities are now a fact, and one that owners of diesel vehicles have to deal with. By contrast, they are not new in Europe as a whole: for many years now there have been similar restrictions in place for older vehicle models in cities such as Rome, London, Paris and Oslo. The whole of the centre of Copenhagen has been completely off limits to diesel vehicles since the start of 2019.

Nonetheless, Germany is an exception because German drivers have always had a special affinity with diesel technology. Nowhere else in Europe is diesel so prevalent; nowhere else do people cling to it with such stoicism. After the diesel scandal, the continual new findings from climate impact research, and movements like ‘Fridays for Future’, even the greatest devotees of diesel, just like the industry, need to get to grips with possible alternatives.

The dream of an electric future

In the mind of the public, the first vehicle to drive onto the scene as a possible alternative is the electric car. Electrically operated motor vehicles have been around almost as long as the car itself. The technology has always lacked scope for real development though, and the focus has always been on innovation in the area of internal combustion engines. It is only since the 1990s that there have been more serious efforts to create market-ready solutions and the infrastructure required for them. The limited range of the first generations of electric vehicles stood in the way of nationwide distribution though. Nevertheless, with the advent of more powerful batteries and the traction of companies like Tesla, electric transport is now one of the most promising alternatives to petrol and diesel engines. The purchase price of these types of vehicles is still too high and the network of charging stations too thin on the ground to be serious competition for conventional drive technologies. Government subsidies on purchases and consistent development on the part of the manufacturers could make electric cars significantly more attractive in future. As appealing as the idea might be that we will soon be surrounded by virtually noiseless, odourless vehicles in our cities, there remains reason for healthy scepticism.

Although no doubt more environmentally friendly to use, physicists warn that the production of batteries and the power needed to run the cars over the course of their lifetime results in a pollution balance comparable to that of diesel and petrol.

Hydrogen rather than soot particles

Another technology that has gained considerable attention in recent years is electric engines based on fuel cells. Powered by hydrogen, these are de factozero-emission, noiseless and fuelled in the blink of an eye. In contrast to fossil fuels, hydrogen is also available long-term and a virtually unlimited resource. It is not only the most frequently occurring element, but also a by-product of many industrial processes.

The big difference compared to electric engines with a battery is that the vehicles produce their electricity themselves. The gaseous hydrogen reacts with air in the fuel cell, producing both water and electrical energy, which ultimately powers the engine. Researchers also find substantial inconsistencies here in the technology’s ecological assessment. In general, manufacturing hydrogen actually requires considerably more energy than is needed to produce the electricity for a conventional electric car. At almost EUR 10 per kilo, to all intents and purposes it is also comparable to diesel in terms of price.

The best of both worlds

In the debate about a replacement for diesel, hybrid vehicles are often touted as the most promising technology. These vehicles combine different drive technologies, most commonly a petrol and an electric engine. Approximately 170,000 of this type of car are now driving around on German roads. Its success is down to the well-developed and rigorously tested technology. The freedom to not have to be reliant on charging stations frees up buyers from concerns about the limited range of vehicles that are powered purely by electricity.

Hybrids, too, are only to a limited extent a truly environmentally friendly alternative to petrol or diesel engines. On longer journeys at least there is hardly any improvement in the ecological assessment. The situation is rather different when it comes to short journeys or urban traffic, however. Frequent braking requires greater amounts of energy, which in these vehicles is usually supplied by the electric engine. Government subsidies, which mean that hybrid cars cost very little more than comparable petrol cars, make them extremely attractive. For certain models it is now even possible to charge the batteries directly from a domestic power socket.

Other fossil fuels are certainly possible alternatives as well. Many cities already have buses and taxis that are powered by natural gas. Private buyers are not yet as interested in the gas, which is mostly made up of biomethane, as they ought to be. Yet its potential can hardly be dismissed out of hand: not only does burning natural gas produce around a quarter less CO2 than petrol, as well as hardly any particulate matter; the cost of the fuel is also significantly lower. This fuel is almost entirely obtained from organic residual and waste matter and is, therefore, a consistently climate-neutral alternative to fossil fuels. Conventional vehicles can usually be converted to natural gas for a manageable sum.

As enticing as natural gas might be on paper, the future of the technology depends, as per the case of the electric engine, on the provision of nationwide infrastructure. For example, according to its own figures the German natural gas industry only has approximately 900 fuelling stations across the country. Still too few to pose a serious threat to the more environmentally polluting fuels on the market for the moment.

However broad the possible spectrum of options might be, the realistic alternative to diesel at present is also the least surprising: the petrol engine. Cheaper both to buy and maintain, the technological growth in recent years has noticeably reduced consumption as well. Europeans have no need to worry about a lack of petrol stations, and, latterly, the fuel itself has become increasingly clean. The stricter EU specifications not only affect diesel, but also force manufacturers to improve petrol engines. In practical terms this means using particulate filters, for example, which are standard with diesel engines. In addition, latterly the price of both fuel types has converged more and more.

It is realistic, therefore, to assume that the combustion engine will dominate Europe’s roads in the medium term. The question of if and when there can be a change towards more sustainable forms of transport remains one that European policy in particular will need to engage with.