Nord Stream pipeline groans under US pressure but doesn’t bend 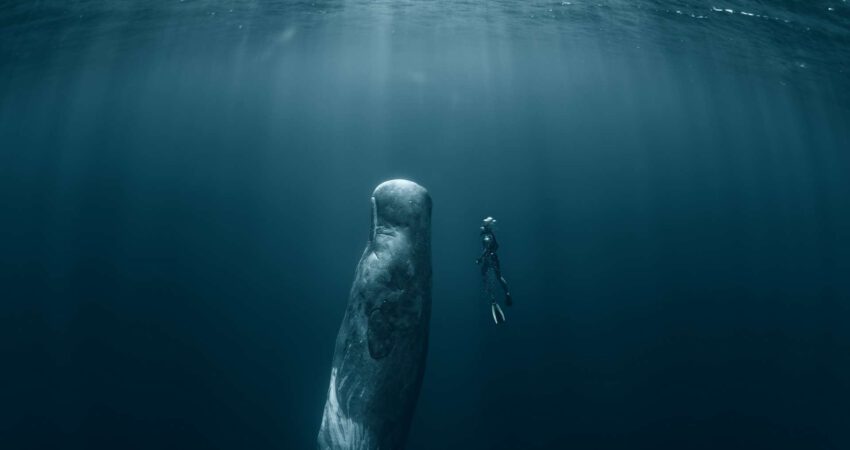 German politicians’ faint hopes that the administration of new US president Joe Biden would replace wrath with favour have been dashed by an icy Transatlantic reality. Washington continues to take an intransigent stance and threaten European participants in the project with sanctions. But Berlin is still trying to withstand the pressure and save face, by trying to persuade its partners across the pond to reconsider its policy – although without visible success for now.

At the end of March 2021, US Secretary of State Antony Blinken issued a new statement in which he called the gas pipeline a “bad deal” for Germany, Ukraine, and central and eastern Europe. He emphasized that the Biden administration would maintain continuity with Donald Trump’s decisions. To avoid sanctions, all companies “should immediately abandon work on the pipeline.” This statement did not evoke particular outrage in Berlin since it differs little from the American leadership’s pronouncements of recent months. Reaction from the German government was not forthcoming.

Nevertheless, Washington’s actions have already led to at least eighteen European companies pulling out of work on the project, including German companies Bilfinger of Manheim, an industrial and construction services supplier, and the insurer Munich Re Syndicate Limited. Most are insurance companies, with headquarters mainly in London. Russian contractors continue to build however: US administrations have so far succeeded only in slowing down work and making it more difficult, but not in stopping it. Both the pipe-laying vessels, Fortunaand Akademik Cherskiy, are in the region where the pipe is being laid.

German politicians have already repeatedly pointed out that extra-territorial sanctions by the United States are counterproductive and call into question the energy security of the entire European continent. If construction is halted, it is first and foremost European taxpayers who will have to shoulder increased gas prices. In addition, if the price of gas and electricity rises, this will have a negative effect on the competitiveness of European business as a whole.

In addition to this, Germany fears geopolitical consequences. Thus the German foreign minister Heiko Maas acknowledged in a conversation with journalists that Russia’s economic isolation is counterproductive. Actions in that direction will only serve to drive Russia and China into each other’s arms and strengthen their alliance. And that can hardly serve the interests of the EU.

Nevertheless, some observers in Berlin believe that after elections to the Bundestag this autumn and the formation of a new government, Angela Merkel’s successor could give in to American pressure. However, most experts, along with major German businesses, cannot yet bring themselves to make any forecasts in this regard. Thus Wintershall Dea CEO Mario Mehren expressed cautious confidence that Nord Stream 2 will be completed. In his words, the project was agreed and planned in full accordance with EU legislation. Therefore, he added, the issue of which government will come to power in which country is immaterial, since this project corresponds fully to European law. This applies equally to the Third Energy Package on which a decision is being taken at a European level.

At government briefings in Berlin by the economy ministry and the Chancellor’s representatives, numerous questions have been posed regarding contacts with the Americans on Nord Stream 2. Government representatives have tried to avoid giving direct answers and say only that, in their words, “talks are being held at various levels.” Nevertheless, information is filtering through little by little from unofficial sources to indicate that Berlin and Washington are still trying to avoid confrontation over the Russian pipeline along the Baltic seabed, and find compromises.

Thus Chancellor Angela Merkel has already discussed the issue of the pipeline with Joe Biden, although, certainly, officials will not confirm this exchange of opinions. As has become known, Washington has put forward a new idea, namely to equip the pipeline with an emergency shutdown mechanism. The emergency is formulated thus: gas supplies could be stopped if Moscow tries to put pressure on Ukraine by restricting gas supplies through its existing gas transit pipeline. In general, the new American administration wants at any price to link gas supplies via Nord Stream 2 with the transit of Russian gas through Ukraine, although this was done long ago: a transit agreement between Ukraine and Russia was signed many months back, with Germany taking the part of an active intermediary in the process.

The fact that the construction of the pipeline is linked to the United States’ own economic interests is not mentioned at all by the Biden administration. But no one in Berlin is in any doubt about this: the United States would like to supply Germany with its shale gas in the form of LNG. And there are plans to build terminals in relatively close geographical proximity to both the Nord Stream pipelines. The Russian pipeline goes along the bed of the Baltic Sea and emerges onto land in the region of the town of Lubmin on Germany’s north coast, not far from Greifswald. Three terminals for American liquefied gas are planned for the North Sea coast 350 kilometres from the “Russian” pipeline.

In this regard, both Nord Stream and the LNG terminals are being targeted by German environmental activists. In particular, environmentalists from Environmental Action Germany (DUH) state unequivocally that the LNG terminals in the city of Stade, which are scheduled to come on stream in 2026, cannot possibly be approved, since the giant gas import storage facility will produce 21 million tonnes of CO2 per year. This is comparable to the emissions level of a coal-fired power station.

In other words, experts note, it is not just the Nord Stream 2 project that is starting to be questioned but US projects too, and due to its position Germany is threatening to become a “geostrategic football between the US and Russia.” But German politicians, even those very well inclined to the States, are ceasing to trust the sincerity of the American administration’s intentions, far less of their storstatements, in preaching the liberation of the European continent from “Russian gas dependence.” This is particularly so since the Americans may encounter problems with Germany on the issue of their LNG strategy and how it conforms to the environmental aims of Germany and the EU. Moreover, considering the green revolution that the new American administration has started to talk of, the Europeans may well demand that the Americans reveal all information about the carbon footprint of LNG. They may even try to secure a serious strengthening of environmental standards in the American shale industry from Biden.

Germany itself has already consistently been implementing its own environmental agenda for a long time. This primarily applies to the plan for developing the country’s energy sector with the aim of abandoning nuclear energy by 2022 and achieving decarbonization by 2038. The precise mix on which Chancellor Merkel’s government has bet for the next few years consists of alternative sources and natural gas. Moreover, in accordance with the environmental strategy adopted by the EU and the stringent pace for reducing greenhouse gas emissions, the plan is to replace hard coal and lignite with environmentally clean sources throughout Europe. And as of today, these sources include both alternative energy and climate-neutral natural gas.

A number of authoritative experts believe that in the medium term it is precisely natural gas that will enable the European economy to keep energy prices within reasonable limits as it emerges from the pandemic and overcomes economic crisis. Any price hikes will be received extremely negatively by ordinary Europeans and big business alike. And for private European companies, it is extremely important to maintain competitiveness at a global level while attempting to get back to pre-pandemic levels.

Additionally, in building its energy strategy, Berlin will need to be guided by the unpleasant forecast according to which Europe’s own gas extraction will maintian its sustained reduction. In particular, the halting of extraction at the Groningen deposit in the Netherlands will lead to a shortfall of around 40 billion cubic metres (bcm) per year in northwestern Europe, including Germany. A further 10 bcm of gas will fall out of the energy balance due to the fact that Norway has promised to direct 10 bcm per year of gas to Poland along the Baltic Pipe pipeline, bypassing Germany. It is very well understood in Berlin that in order to meet this shortfall, a reliable infrastructure is needed that will allow northwestern Europe to obtain additional gas volumes from Norway, Russia and any other reliable sources.

according to Ashgabat and Baku, the final impediment to building the Trans-Caspian Gas Pipeline (TGP) – something Turkmenistan has been trying to achieve for over twenty