LNG cannot provide a remedy for lack of pipeline gas 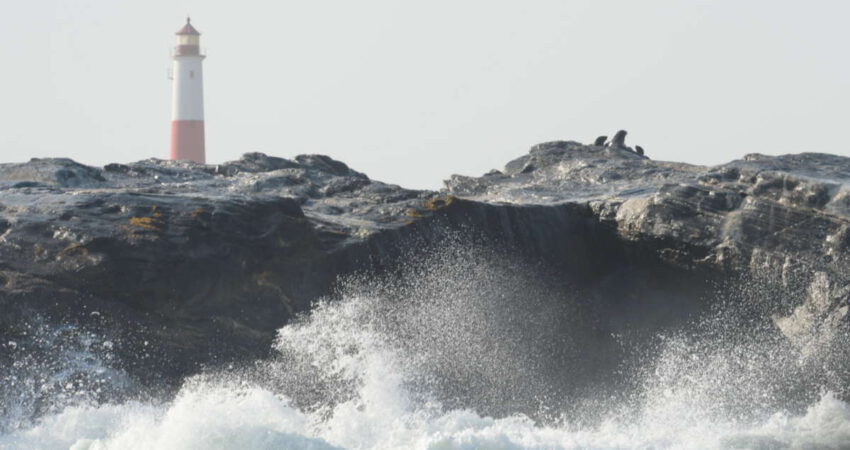 Before the Russian invasion of Ukraine, the explosion in European gas prices and the energy paradigm shift in the minds of European elites, Russia had historically been the largest supplier of natural gas to Europe. Back in January 2021 Russia supplied around 40% of the gas consumed in Europe. As Spain’s Energy Transition Minister Teresa Ribera recently stated, this proportion is now less than 10%.

Russian Deputy Prime Minister Alexander Novak also reported in September that Russia’s natural gas exports to the European Union this year are expected to decline by 50 billion cubic metres (bcm), or by a third compared to last year’s volumes.

However, despite strong statements that gas dependence on Russia has ended once and for all and the fact that the figures may appear to bear this out, experts believe that in reality, replacing supplies is proving far from easy.

We can make a new gas supply deal with Norway or lease a few regasification terminals, but this will hardly increase supply in the market and will not create a new artificial pipeline for receiving gas from across the ocean or elsewhere.  In this situation, can we really talk about the accessible prices that have, as a rule, always characterized gas? Economics is very stubborn thing, and tends to be impervious to full-throated exhortations to stop doing business with those we don’t like.

The world LNG market is losing its characteristic elasticity due to measures by European countries to switch away from Russian gas. Together with geopolitical factors, medium-term trends in this market are determined by structural problems in the industry. Thus, a mismatch between bringing new LNG terminals into operation and the numbers of regasification facilities being built could lead to a shortage of supplies of raw materials and a further growth in global prices for hydrocarbons.

For a long time now, representatives of the sector have been talking about a total underinvestment in the energy sector, which is intensified by calls from the Left to bring in windfall taxes on the profits of energy companies. “Freezing or capping energy bills might help consumers in the short term, but it does not address the real causes and is not the long-term solution. And taxing companies when you want them to increase production is clearly not helpful”, says chief executive of Saudi Aramco Amin Nasser.

The growth in potential demand for LNG in Europe will not reduce demand in Asia and other regions. This brings us to the subject of the other bottleneck – logistics.

There are of course many LNG tankers globally, but there are obviously not enough of them for a full-scale replacement of all pipeline supplies to Europe. The shortage of LNG tankers will not just be reflected in gas prices for consumers: it will also trigger a fall in the speed of supplies.  But we should not think that all tankers quickly and seamlessly load and unload their cargos: a record number of tankers is currently simply at sea without a destination for the supplies they are carrying, since traders are expecting even greater price rises.

According to data from analysts Kpler, LNG volumes in tankers at sea reached 1.4 million tonnes in September – the highest daily indicator in two years. This is almost equivalent to the total volume of imports to Spain in August.  In fact last year, 380 million tonnes of LNG were sold worldwide, of which Europe purchased around 80 million tonnes.

When it comes to Russian pipeline gas, which Europe now needs to replace, the EU imported 155 bcm from Russia in 2021. An alternative to these considerable volumes now needs to be found.  Despite many suggestions, there is still a lack of clear understanding about how to do this.  In March, US president Joe Biden promised that LNG supplies to Europe would be increased. However, they will only increase by 50 bcm – and by 2030 at that.   This means it will be necessary to make up for a fall of at least 100 bcm in pipeline gas.

Incidentally, 100 bcm is exactly the amount that Germany, the EU’s largest economy, consumed last year. Germany has historically used a large amount of gas both in industry and for heating.  Even if Germany maintains the trend for reducing consumption by 15% achieved in the first half of the year into the second half, this will not be able to save the country more than 15 bcm.

When it comes to LNG tankers being anchored offshore, this strategy is often used in the oil market but rarely with LNG.  This is because liquid fuel gradually evaporates, making its prolonged storage challenging, and opportunities for traders to wait until the price reaches its maximum mark harder.

The current situation is showing how profitable the market will seem to traders in a few months’ time and what risks gas importers will take in order to secure themselves enough fuel this winter.

Temperature fluctuations in the winter, along with a tight LNG market, will lead to spikes in selling prices for gas and electricity throughout much of Europe.   Will Europe be able to cuts its own consumption sharply enough to avoid a shortage?

In September, Monica Zsigri of the European Commission’s Directorate-General for Energy stated that despite the measures taken by the EU to ensure security of supplies through the winter, one should not relax. As she put it, the situation is “manageable” but it is essential to continue to make efforts to reduce further demand for gas. Ms Zsigri noted that many EU member countries had already met a voluntary target for reducing gas consumption by 15%.

Regarding the issue of a price ceiling for gas, she emphasized that it is as yet unclear to what extent this idea could be implemented, since the European Commission is aiming to maintain the “importance and strength” of the internal energy market and “any intervention must be minimal and temporary.”

In February and March, it appeared that Europe was united in an attempt to secure new gas supply routes. It appeared that Spain and France were about to unfreeze the Midcat gas pipeline project, which would have joined Spain and Portugal’s vast LNG capacities with the gas market of Central Europe. But several months later the issue is still deadlocked.

In an interview, Portugal’s Secretary of State for European Affairs Tiago Antunes reiterated that from Portugal’s point of view, “the rationale for the realization of this interconnection exists and is quite obvious and was strengthened after the war in Ukraine.”  He claimed it would be possible to lift the obstacles that have been presented by France for the passage of the pipeline through the Pyrenees.

The project is clearly bogged down in political arguments – first and foremost about who should finance it. For now, optimism about the project exists only in words.

Hydrogen is not the solution

The European Commission’s proposal for using new and existing LNG terminals to transport “green” ammonia and hydrogen is also arousing concern.  The reality is not as simple as sci-fi movies would suggest: such technological restructuring is extremely difficult and expensive, and requires considerable financial expenditure.  It is out of the question that this could be economically effective. Additionally, there is uncertainty about levels of future demand for this fuel.

At present, it would therefore be extremely difficult if not impossible, from an economic point of view, to replace pipeline supplies to Europe using LNG.  Apart from the obvious problem of a lack of supply and the growth in global prices, this could prove to be just plain expensive. In the current circumstances of galloping inflation and crisis, this would be a problem for the politicians.  Thus, as Christian Zinglersen, head of the EU’s Agency for the Cooperation of Energy Regulators (ACER) recently stated, replacing Russian gas using LNG will require at least €50 billion of additional expenditure.

The global economic situation is pushing industrially developed countries – primarily EU countries, but also India – to look for alternative sources of oil. The situation is aggravated by the fact that in the short term, the US is concentrating its efforts on holding down domestic hydrocarbon prices and will not increase gas supplies to global markets until at least December 2022, and possibly later.