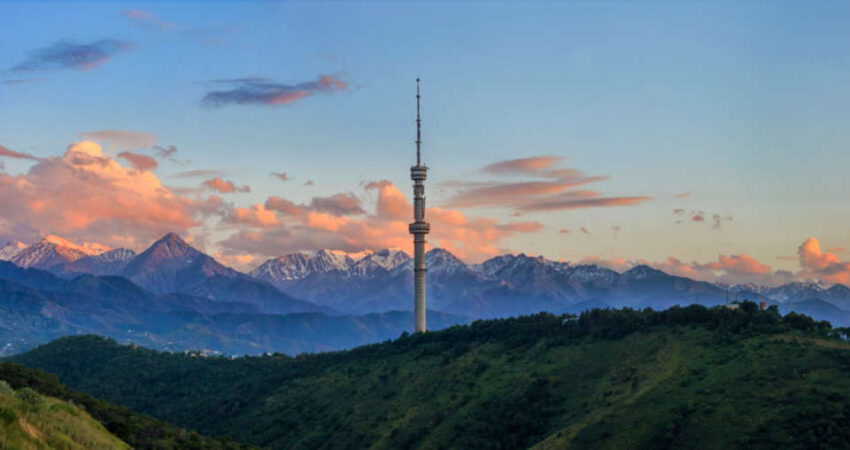 The global economic situation is pushing industrially developed countries – primarily EU countries, but also India – to look for alternative sources of oil. The situation is aggravated by the fact that in the short term, the US is concentrating its efforts on holding down domestic hydrocarbon prices and will not increase gas supplies to global markets until at least December 2022, and possibly later. The price ceiling for Russian oil that the G7 countries have discussed is also making a substantial contribution to market uncertainty.   One of the key projects for bringing additional oil to the markets of developed countries, and probably one of the most quickly achievable if a number of authoritative sources are to be believed, is increasing exports from Kazakhstan.

On the one hand, we are currently seeing the stabilization of the social and political situation in Kazakhstan and the reform of the country’s system of governance in a shape that is clear and relatively transparent for the civilized world.  On the other, in maintaining Kazakhstan’s traditional “multi-vector approach,” President Tokayev is trying to balance relations with Beijing and Moscow and in this, elements of partnership with the West, and above all with the EU, will be more than useful to him.

In the current situation, any actions to increase exports of hydrocarbons to Europe will be short-term in nature. This is the scenario in which both the West and Kazakhstan are now interested, but it also determines the temporary parameters of such arrangements: oil is needed on a 6-8 month horizon and this means that creating certain fundamentally new transportation channels is impossible. We should therefore examine only what exists in the here and now.

Let us take a look at the structure of Kazakh hydrocarbon export and its infrastructure:

Kazakhstan’s oil reserves amount to around 30 billion barrels, or 1.7% of global reserves – which is undoubtedly not a large share in relative terms. When it comes to current extraction though, the situation looks slightly different. In the past two years, around 90 million tonnes of oil a year have been extracted, including gas condensate.  68.5 million tonnes were exported in 2021. These are not such small figures, especially if even a minimal expansion in export is used to good effect from the point of view of PR and market manipulations.  This is particularly the case since despite all the difficulties with the existence of certain investments, Kazakhstan could increase oil extraction by 5-6%.  It is true that to do this, Astana will have to come into conflict with the OPEC+ countries, since it will need to act entirely at its own risk.  Export could even be increased a little further still, if Astana phases out all the projects for deep processing of oil and gas condensate that were announced at the beginning of Tokayev’s rule. And this is of course a political issue that Astana’s proposal for “wide partnership” could be used to solve.

Of course, a large part of Kazakhstan’s oil goes to European countries. But the proportion of oil exported to Europe in recent years has steadily declined, from around 80% in 2017 to less than 75% in 2019. Kazakhstan has been steadily reorientating itself to Asia as a key market.  In 2018, volumes of exports from Kazakhstan grew by 205.8% to South Korea, by 193.1% to Japan, and by 374.5% to Singapore, compared to 2017.

The significance of the Middle Eastern markets of Turkey and Israel has also grown. All this has reflected President Tokayev’s well-known multi-vector approach to policy and after the crisis in Kazakhstan in January 2022, trends towards reorientating exports as a whole have recovered.

But China has been planned as the main direction for developing exports of Kazakh hydrocarbons. The volume of Kazakhstan’s own oil that goes to China is relatively small at less than 1.5 million tonnes, with Russian transit oil making up the rest. Plans to increase export volumes are linked to completing construction of the reverse section of the Kenkiyak–Atyrau oil pipeline. Developing cooperation with China in the field of hydrocarbons is now also acquiring a strategic significance for President Tokayev.

In this regard, it is worth analyzing possible options for expanding export of Kazakh oil to external markets.

The conclusion is that it is possible in theory to increase supplies of Kazakh oil, but the fundamental constraint is not only oil transportation routes but how far Astana is prepared to aggravate its already problematic relations with Moscow.

Given all these factors, we can assume that Kazakhstan is very unlikely to establish stable routes for exporting energy to Europe that bypass Russia.  Any expansion of Kazakh oil exports assumes prior agreement with Moscow. Moreover, responsibility for this will lie with both Kazakhstan’s leadership and Brussels.  But the European Commission has already managed to state its completely intransigent position in relation to the Kremlin and any “deals” with it, including agreements in the oil and gas sphere. The result is a curious phenomenon: increasing exports of Kazakh oil should be the result of political developments and calibrated agreements, but other political arrangements make this expansion unlikely.

In July 2022, the European Union took a serious new step towards building a strategic partnership with Azerbaijan in the energy sector by signing a memorandum of understanding. This agreement was aimed at reducing its gas dependence on Russia: Baku is promising to double gas supplies to Europe over the next five years.

LNG cannot provide a remedy for lack of pipeline gas

Before the Russian invasion of Ukraine, the explosion in European gas prices and the energy paradigm shift in the minds of European elites, Russia had historically been the largest supplier of natural gas to Europe. Back in January 2021 Russia supplied around 40% of the gas consumed in Europe. As Spain's Energy Transition Minister Teresa Ribera recently stated, this proportion is now less than 10%.