Baku at a Southern Gas Crossroads 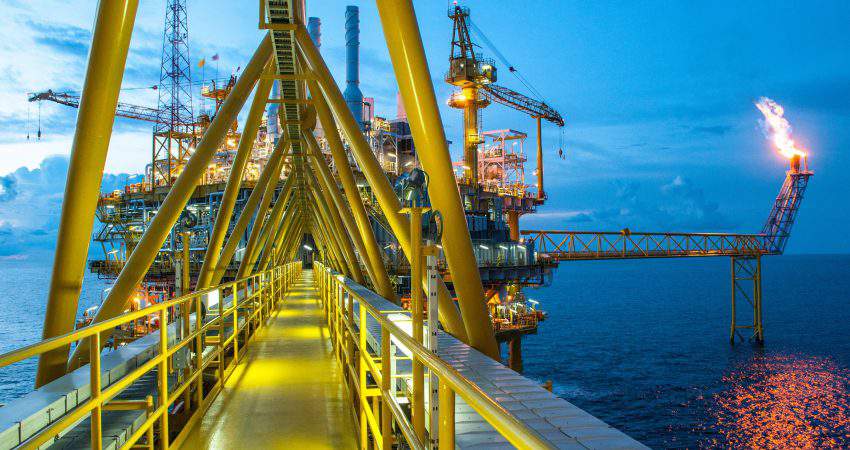 In the autumn of 2019, Azerbaijan triumphantly reported that preparations for the Southern Gas Corridor (SGC) project were moving to their final stage: its launch was scheduled to take place by the end of 2020. However, everything may not be as rosy as Baku has been trying to suggest. The issue is not just the fall in the price of oil, to which the price of gas is tied, or the coronavirus pandemic, which has upset economies around the world.  It would seem that the project has faced serious challenges from the start, and the experts are not confident that Azerbaijan will succeed in overcoming them.

Back at the beginning of the year the most optimistic forecasts showed that trade in Azerbaijani fuel on the European market would be conducted on the cusp of cost price, and that if negative scenarios came to fruition, the cost of extracting and transporting Azerbaijani raw materials could become too high for the most distant consumers. Extraction at the Shah Deniz 2 gas condensate field, which is currently the only filler of the SGC, is too expensive: the break-even price of gas is US$130 per thousand cubic metres, and the unit cost of delivering gas to Italy along the pipeline system exceeds US$200.  Meanwhile at Italy’s Punto di Scambio Virtuale hub, to which trade in Azerbaijani energy should be tied, the cost of gas in the next few years is forecast to be at a level of US$200 per thousand cubic metres.

However, even such calculations did not take into account the sharp fall in the cost of crude oil and natural gas that occurred in March this year. Current prices on the global gas market are now barely covering transport and operating expenditure and according to the Fitch rating agency’s forecast they will remain at their current low levels for the next two years. In its baseline scenario in March, Fitch worsened its forecast for the price of gas in 2020 at TTF and NBP, the main European hubs, from $194 to $123 per thousand cubic metres.

Both the coronavirus pandemic and a warm winter in Europe, following which gas storage facilities remained full, have had an influence on lowering the price of gas to a historical minimum. And the economic parameters of the Shah Deniz 2 field were calculated based on much higher indicators of both price and demand for gas.

At the same time as having a highly unfavourable pricing situation, Baku has been experiencing difficulties attracting additional foreign investment for exploiting maritime deposits and developing pipeline infrastructure, including enlargement of the capacity of individual sections of TANAP, the gas pipeline that makes up part of the SGC. The issue is that the present capacity of TANAP is only 16 billion cubic metres (bcm) per year, with 6 bcm of this earmarked for Turkey. It is only planned to increase TANAP’s capacity to 31 bcm by 2026. The capacity of TAP – the third section of the SGC from the border of Turkey – should reach just 10 bcm this year, with a possible increase to 20 bcm at a rather vaguely defined future stage. It is therefore recognized even in the European Commission that the political significance of the SGC exceeds its economic benefits.  10 bcm of gas a year is not a volume that can in any way change the situation in the EU gas market, whose consumption totals around 500 bcm per year.

But even with such small volumes of supplies, observers doubt that Azerbaijan has enough of its own gas to fulfil all its gas pipeline commitments.  As a number of experts have noted, Baku is currently forced to buy gas from Iran to provide its Nachichevan region with fuel, and from Turkmenistan and Russia to fulfil its fuel supply obligations to Georgia.

In their opinion, it will hardly be possible to get the second phase of Shah Deniz up to its design capacity and increase output volume in less than five or six years. Additionally, Azerbaijan’s own needs could grow during this period, and reserves of associated gas available for the domestic market could fall.  As far as other extraction projects in Azerbaijan are concerned, experts note that they are still at an early stage and their prospects are therefore not very clear.

Baku faces an acute question about the profitability of supplies: US$46 billion has after all been invested in the development of the Shah Deniz field alone. Considering that a number of the country’s fields have reached natural exhaustion, new investment is essential for Baku. However, European oil and gas companies and investment banks are not prepared to make new capital investments in these circumstances. They wish first to wait for the TANAP project to reach maximum capacity, returning to discussion of infrastructural projects with Azerbaijan after this, based on financial considerations – but no earlier than 2021.

The signing of long-term contracts by the Europeans for the supply of Azerbaijani gas, which Baku so desires, will now depend almost exclusively on its competitiveness in the southeastern Europe market, where it is expected that LNG terminals will come on stream in the near future. The Alexandroupolis LNG terminal project in Greece has obtained the status of an EU project of common interest and is a priority for the EU. Additionally, the Revithoussa LNG terminal in Greece has recently been expanded.  It is true that the liquefied gas market is also suffering the effects of the unfavourable global situation, but experts argue that it may come out of recession with far fewer losses than that of the Azerbaijani newcomer in Europe.  And given current gas price volatility it is not yet clear what formula for calculating hydrocarbon price could be built into Southern Gas Corridor contracts.  It would seem that given the recent development of the situation in world markets, Baku may find itself with a project at a crossroads.