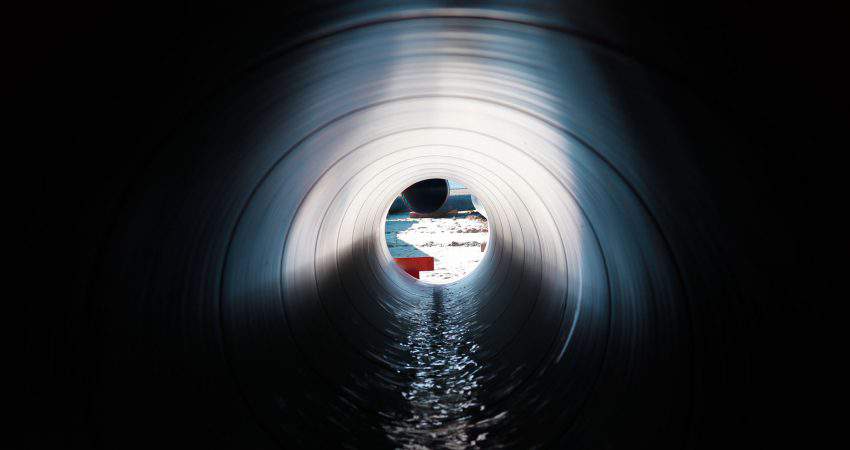 In the last five years the Trans-Caspian Gas Pipeline (TGP) project has been considered one of the most important projects for Europe’s gas supply, both in a political sense and from the point of view of potential investment. Despite all its costs – primarily political and environmental – this project has been regarded by supranational European institutions as a real alternative to Russian gas. What is more, it is an alternative that should be ready for practical implementation in the very near future – that is, by 2025.

It is clear that much of the behaviour of supranational European institutions in Russia and Ukraine’s dispute over gas transit has been based precisely on a belief in the feasibility of the project and its capacity to fundamentally change the power structure in the European energy market. The reality however has proved to be rather more complex than the project’s supporters imagined.

At present, the plans of the consortium of companies for building the TGP, which consists of Edison Technologies, MMEC Mannesmann, Air Liquid Global E&C Solution and the Sinopec Engineering Group, have not progressed beyond statements.  No information is available to suggest they have studied the political, technical, or financial aspects of the project.  And in this case, it is clear that the issue is not some secret phase in the project’s implementation aimed at preventing competitors – first and foremost Iran and Russia – from taking action to wreck it.

The project has been carried out in the usual public manner and given its general transparency for investors it is unlikely that it would be possible to prevent information and assessments about any fundamental changes in its execution reaching expert circles.  Thus, the project is operationally stagnant but remains surrounded by various media manipulations.

The operational stagnation of the project is based on the following factors:

•          The critical difficulty of the investment conditions for implementing the project, which is naturally intensified in a situation of global financial and investment crisis.

•          The project having insufficient volumes of gas available.

•          A higher than usual increase in security risks related to the project, which is linked not only to the situation in Iran but to complex processes in Kazakhstan and Turkmenistan.

All these risks have been repeatedly noted by specialists since the beginning of the project.  In the few years that have passed since then, none of the risks that were originally identified have been fully eliminated. Moreover, the situation related to the project having insufficient volumes of gas has only become worse.

Ashgabat continues to insist on concluding a long-term deal with Brussels to supply 30 bcm of gas per year over 30 years and on selling it at its border: Turkmenistan is not prepared to take on any of the commercial risks involved in implementing a route to Europe. The Turkmens’ negative experience with their Chinese partners is reflected in this approach: the Chinese have effectively offset all profits from supplies of Turkmen gas against the costs of building the pipelines.

Ashgabat does not have volumes of gas available even for the relatively small deal proposed by Brussels on joining the interconnector of the Petronas and Shah Deniz maritime platforms, which will allow 5 bcm of gas a year to be pumped along the bed of the Caspian Sea to the TANAP system. This is probably related to long-term contractual obligations to supply large volumes of gas to China. Moreover, the project is now losing its attractiveness due to China’s relatively fast recovery and growing economic uncertainty in Europe.

The chances of Kazakhstan joining the project are disappearing rapidly. The option of obtaining additional volumes of gas using Kazakhstani gas hardly appeared feasible as it was. In new political and economic circumstances – a transitional period and Kazakhstan being unable to invest its own resources in the project, respectively – this possibility has been completely eliminated for the long term.

Besides Turkmenistan’s growing obligations to China, domestic gas consumption has started to grow somewhat. New gas and chemical industrial complexes and gas turbine electric power stations with a combined capacity of 10 bcm per year have come on stream. Domestic gas consumption will hardly be the main factor limiting supplies to foreign markets, however.

Ultimately, Turkmenistan’s leadership clearly views the Turkmenistan–Afghanistan–Pakistan–India Pipeline (TAPI) project as the one that is of most importance to it. In January 2020 the government granted the State Bank for Foreign Economic Affairs of Turkmenistan permission to conclude an agreement with the Saudi Fund for Development on credit finance for the project (although the agreement is now in doubt because of the challenging situation in the global oil and gas industry). Given the regionalization of the economy and the formation of a large new macroregion around India, the TAPI project is not merely assuming strategic importance: it could become a flagship project for Turkmenistan, balancing excessive dependence on the Chinese market.

The most important factor is the renewal of gas supplies to Russia, via the existing infrastructure and on a direct sale basis. Moreover, there are grounds to believe that, for political reasons, Turkmenistan will further increase its cooperation with Russia in the gas sector. Expert assessments suggest that in future Gazprom’s purchases of Turkmen gas could exceed its customary 10-11 bcm per year. This is especially likely if it is accompanied by Russia entering into certain social and political commitments to Turkmenistan’s leadership, which is the usual practice in relations between Moscow and the post-Soviet countries of Central Asia.

The latter two circumstances clearly show that Ashgabat has long since ceased to regard the TGP as a priority, particularly if it will have to pay for it with its own funds.

In general, Turkmenistan’s involvement in the Southern Gas Corridor has now become inexpedient due to the growth in the supply of gas to the European market. The implementation of the TGP may only be justified economically in fifteen to twenty years, when the supply of gas from Azerbaijan will fall due to the depletion of the most attractive and easily extracted gas reserves. At present this idea makes no practical sense, taking into account the fact that the Europeans themselves would have to create and develop gas transportation capacities for delivering Turkmen gas to their distribution networks.

The expert community in general believe that the attempt to revive publicity around the project is aimed precisely at supporting the interests of potential investors in the project, which given the crisis in the oil and gas market is becoming ever less profitable.  The TGP is becoming openly manipulative in nature.

The United States’ political support of the TGP is advantageous to Donald Trump’s administration from the point of view of restraining the Europeans from developing their cooperation with Russia in the gas sector. It looks very unlikely that the United States has been genuinely interested in implementing the project and providing its participants with any assistance, whether technological or as investment. Implementing the gas pipeline project would cause serious damage to the interests of the American companies that organize supplies of shale liquefied natural gas. From the point of view of the supply structure, gas supplied via the TGP will specifically pose competition to the American shale companies’ output.  What is important to the United States, in nudging the European Union towards beginning to implement the project – which at present is underpinned by neither gas reserves nor investment potential – is to prevent a mutually acceptable medium-term solution with Russia on supplying natural gas to Europe.

Continuing publicity and marketing activity around the TGP project will serve only to create illusions for European experts and consumers about opportunities to substantially improve their negotiating position with Russia. In the final analysis, this could lead to serious errors in planning issues related to the EU’s energy security. Given the time pressure arising from a lack of agreements with Russia when the crisis is over, there is a serious danger that the United States will want to use political mechanisms to offer its own shale gas as the only possible alternative.  And this lack of alternatives is hardly likely to suit Europe.

EastMed: A New Block to the Heavyweight

Baku at a Southern Gas Crossroads