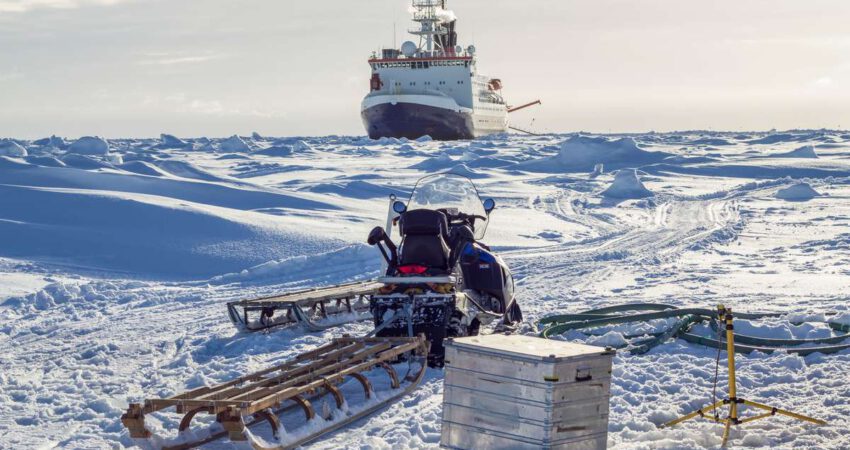 The European Union’s new Arctic strategy, published in October 2021, contains the statement that “the EU is committed to ensuring that oil, coal and gas stay in the ground, including in Arctic regions.”  In order to achieve this goal, Brussels intends to secure the introduction of a ban on developing new oil, gas and coal fields in the Arctic and surrounding regions as well as on purchasing any energy from the Arctic that has already been mined.  To protect the region, which as declared in the strategy has already suffered seriously from climate changes, the European Commission and its partners intend to adopt relevant multifaceted legal obligations.

Although this proposal looks radical, it is not new.  Back in 2017, the European Parliament was planning to introduce a proposal for a complete ban on drilling oil and gas wells in the Arctic into a report on an integrated EU Arctic policy and to call on Brussels to exert pressure on its international partners to end development of fields in the region. The initiative was however rejected by MEPs.

The European Union’s ongoing attempts to become a prominent figure in Arctic policy reflect its aspiration to strengthen its role in the global arena, and in the Arctic in particular.  Brussels considers itself a major player in the region and wants to participate very actively in developing the rules for it. This is happening against a backdrop of the European Union itself not being a member of the Arctic Council, the “shadow government” of the polar regions. Its members have been trying to solve key regional issues among themselves for twenty-five years, without admitting non-regional players. Brussels does not have even observer status in the Council, despite applying for this back in 2008.

It was Norway that played a decisive role in the collapse of the attempt by European parliamentarians to ban drilling in the Arctic in 2017.  As EUobserver writes, besides a visit made by Norwegian parliamentarians to Brussels for talks with European officials, a decisive role was played by a letter from Eirik Sivertsen, a Norwegian deputy and head of Norway’s delegation to the Conference of Parliamentarians of the Arctic Region. In it, Sivertsen stated that the problem of climate change could not be resolved with “symbolic actions” such as a complete cessation of oil and gas mining.

It is unsurprising that it was Norway specifically which although not a member of the EU, undertook the most active efforts then to prevent the introduction of the ban.  Norway is a major producer and exporter of oil and gas to western Europe, and what is more, an impressive proportion of its fields are in the Arctic zone.  It was therefore obvious from the very start that even now the Norwegian government would be making it plain that Oslo does not intend to abandon its plans for its oil and gas industry.

As the head of the Norwegian government Jonas Gahr Støre has stated, the European Commission’s initiative could deliver a serious blow to the country’s economy and the prospects for developing its northern regions. “Resolutions coming out of continental Europe saying that everything north of the Polar Circle should be arbitrarily stopped – it doesn’t work like that,” he said in an interview with the Financial Times, adding that Norway has certain rights and obligations to look after its economic zone and activities within it.

Export of energy resources is the main source of revenue for the Norwegian government budget, but at the same time developing Arctic oil and gas wells has long made a serious contribution and directly supports the population of its northern territories.  The inhabitants of Hammerfest, where an LNG plant has been built that receives gas from the Snøhvit field, have supported the project from the very beginning and have been involved in realizing it.  This has been possible first and foremost thanks to employment opportunities, as well as the financial benefits of realizing the field. After construction of the LNG plant’s facilities was completed, the local authorities brought in a tax on commercial property which has raised around 155 million Norwegian crowns for the regional budget and has been directed towards developing the region.

But the issue is not just economic damage from banning drilling in the Arctic.  It is clear that such actions by Brussels are also unacceptable to Norway for political reasons.  It is not impossible that if this point in the EU’s Arctic strategy is implemented a serious risk will arise of both Norway and other non-EU countries finding themselves threatened with losing all independence within their own territories.  It is therefore unsurprising that Oslo has so decisively pointed out that as an Arctic state, Norway has the exclusive right to determine the conditions for developing fields on its own continental shelf.

Brussels’ ill-considered step could cost the European Union itself dear.  In its new Arctic strategy, the European Commission admits that as before it continues to import oil and gas extracted in the Arctic region.  For now, nothing suggests that the situation will seriously change in the next few decades.  The gas crisis that has flared up in Europe this winter has already shown the danger of incautious decisions.  Norway plays an important role in European energy as the second largest supplier of natural gas to EU countries, and it is Norwegian gas specifically that Brussels has placed particular hopes on in this period of gas chaos.  “We are experiencing a major energy crisis. If we stopped extracting gas in the Barents Sea it would make the situation even worse for the Europeans,” stated Bård Ludvig Thorheim, a member of the Norwegian parliament. According to him, each vessel carrying gas that departs from Hammerfest alone provides more than fifty-five thousand European households with the energy to heat their homes and cook their food for an entire year.

The attempt to introduce a ban on mining in the polar regions could have another unexpected effect. As elsewhere in the world, the Arctic is not free of intergovernmental contradictions and the tensions they bring about, but the EU’s attempts to take charge in the Arctic could bring Norway and Russia closer together on issues of asserting the sovereign rights of the Arctic states that are engaged in resource activities in the Arctic.  Another area where the two countries share common ground is the substantial volume of gas that they supply to Europe.

It should also not be forgotten that Oslo, which actively plays a stabilizing role in Arctic cooperation between Scandinavian countries, has an interest in smooth relations with Moscow that will allow stability to be maintained in the region.  One factor testifying to this is reasonably close Russian-Norwegian cooperation within both the Arctic Council and the Barents Euro-Arctic Council.   As Norway’s ambassador to Moscow Rune Resaland has stated, the Arctic strategies of both countries have common goals, which, he says, are to improve the conditions of life and work of the inhabitants of the Arctic.

Thus, the EU’s clumsy attempts to gain control of the Arctic zone could drive the Norwegians into the arms of the Russians, especially since Norwegian Prime Minister Gahr Støre has already said that Norway needs a more active policy on cooperation with Russia and in so doing has expressed confidence that the Arctic is among promising areas for cooperation.

Oslo is forced to ward off attempts to deprive Norway of opportunities to mine hydrocarbons in the Arctic not just by the European Union but also by environmentalists, who have been trying to secure a ban on developing Norway’s shelf fields for two decades now.  Clearly, Brussels’ idea has found its strongest support from them. “We are already seeing that demand for Norwegian oil and gas is starting to evaporate”, stated Frederic Hauge, founder and president of environmental and human rights organization Bellona. In addition, there has been an action at the European Court of Human Rights (ECHR) since June 2021 by Norwegian environmentalists, who claim that Norway distributing licences to develop the shelf beyond the Arctic Circle, where hydrocarbon mining has not previously taken place, infringes human rights.

However, the environmentalists either do not understand or do not wish to understand that if their pressure on the Norwegian government is successful and the development of the Arctic fields is if not completely halted then seriously reduced, this will put the nail in the coffin of prospects for fulfilling the Paris Agreement on Climate Change and achieving the green goals of not just Norway but the whole of Europe.  At the current stage of industrial transition towards achieving net zero in emissions it is not possible to manage without gas.  As experts note, it is needed both for the production of hydrogen fuel and also ammonia and methanol which are essential for green shipping.  Meanwhile, Oslo is not abandoning plans to achieve a reduction in greenhouse gas emissions that are similar to those of the European Union.

The environmentalists are also overlooking the Norwegian government’s intention to use funds from its sovereign wealth fund for investment in “green” projects.  Financing measures for the transition to clean energy from this fund, worth almost 1.4 trillion dollars, could accelerate fulfilment of the Paris Agreement far more quickly than Brussels’ Arctic initiatives and the actions of the environmentalists who enjoy the support of the European Commission.

However, there so far appear to be few who believe that the EU’s new Arctic doctrine will start to work in the foreseeable future.  Proof of this is the recent APA 2021 licensing round, which demonstrated a large interest in further prospecting on the Norwegian shelf, and from European mining companies as well as Norwegian ones.  As a result, 53 new licences were issued, including 28 licences in the North Sea, 20 in the Norwegian Sea and five in the Barents Sea. In total 28 different oil companies have received licences, from large international companies to small Norwegian geological survey businesses.