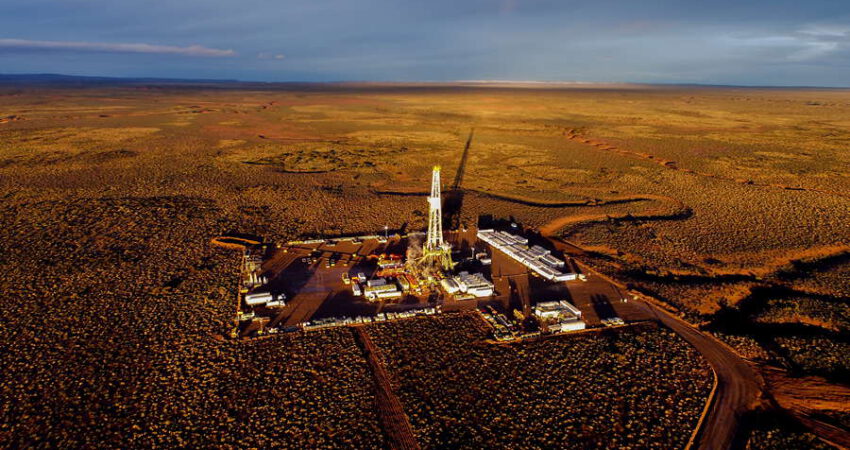 The gradual emergence of key advanced economies from the stagnation of the pandemic is understandably increasing forecasts for energy consumption, although a severe structural crisis in the global economy is still a possibility. This is intensifying competition in the global energy market, and particularly in the most profitable segments. This has already now created a new situation in the European and Asian gas markets simultaneously. The most important factor, given the new global climate agenda, is the question of the environmental consequences of hydrocarbon extraction, and the environmental cleanliness of the energy supplied to markets with a high level of regulation.

Experts believe that the most problematic technology from this point of view is that of hydraulic fracturing, or fracking, which is widely used to extract hydrocarbons in the United States. Fracking is extremely dangerous environmentally, posing various risks from soil contamination to groundwater poisoning. In effect, using fracking technology makes significant areas unfit for housing and cultivation not just for a long period of time but probably permanently.

In its time even the Soviet Union, which gradually ended the worst totalitarian practices against its population, stopped using the hydraulic fracturing method to extract methane from coal fields in the mid-1950s. The method turned out to be too socially and environmentally destructive even for a totalitarian regime.

Of course, technology has somewhat improved since that time but the environmental requirements of democratic countries are far stricter than those in one of the worst regions of the USSR from an environmental and social point of view. Furthermore, accounts of the consequences of fracking technology in the United States leave no doubt as to the fact that even now the consequences are long-term and environmentally serious: recultivating the areas concerned can only improve their external appearance.

It is telling that in Canada, where environmental standards are higher, shale gas and oil extraction is viewed far more cautiously despite all its commercial prospects.

Let us consider the reemergence of the topic of the illegality of legalizing fracking technology in new environmental circumstances. It is European experts first and foremost who openly accuse the United States of using “dirty” technology to extract gas, in order to advance its own energy interests. This topic was already at the centre of expert and media attention from 2015 to 2018. However, publicity was clearly then stifled due to interest from major global corporations – and not just those in the energy sector – in developing the export potential of shale hydrocarbons. The new mainstreaming of this subject is no coincidence and reflects an intensification of competition in the LNG market.

Preserving the status of fracking as an environmentally legitimate technology is critical for the United States: shale projects using fracking provide 840 billion of the total 974 billion cubic metres (bcm) of gas extracted in the US. The energy companies have more than 7000 projects of various sizes at their disposal that assume the use of fracking, which they have previously acquired and not as yet realized. Without these assets the US will once more be a seller’s market for gas, including gas extracted in China, which actively bought up technology and assets for shale oil and gas extraction in the period before the trade wars intensified.

The situation with shale gas extraction and using fracking technology in the US is mixed. In the first quarter of 2021 on the one hand, the scale of fracking activity in the United States had already returned to its pre-pandemic level. On the other, under severe pressure from the environmental lobby, the Biden administration suspended leases for extracting “unconventional” – above all shale – hydrocarbons on federal lands in its first one hundred days. This is somewhat hampering an increase in the use of fracking technology. It is however highly likely that this is only a temporary situation.

The problem is that by actively pushing American gas in external markets, the United States has got itself into a difficult situation. On the one hand, the recovery of energy markets in east and southeast Asia is moving at a faster pace. It is precisely here that the main volume of supplies is being directed. Even in 2020, a year of pandemic stagnation, exports to Asian countries grew to 32 bcm according to data from the US Department of Energy, and supplies to China grew to 6 bcm. Taking into account the clear economic recovery in Asia, it can realistically be expected that the level of supplies in 2021 will reach 45 bcm in terms of the LNG equivalent of piped gas.

On the other hand, right now it is virtually impossible for the United States to announce a reduction in its plans to supply shale gas to the European market. If the United States maintains its ambitions to become one of the leading gas-exporting countries (and not simply to supply to be self-sufficient in gas), then in the short term it will simply have to increase extraction and increase the intensity of its use of fields that have already been developed, which purely for technological reasons cannot be supplemented with new ones in the medium term. Without speeding up extraction it will be critical for the United Sates itself – and not just for American companies – to maintain the 2019 level, which was achieved when the shale companies enjoyed direct assistance from President Trump. The United States must increase its export potential by at least 10 bcm in order to maintain a sufficient share of the European market to influence critical decisions.

This implies intensifying the use of harmful chemical compounds and, naturally, in such cases, a reduction in the standard of environmental control. In using fracking technology, the companies extracting gas utilize chemicals that are dangerous for human health and affect the skin, central nervous system, and internal organs. The American chemical companies that supply the solution for fracking (Halliburton, Multichem, WST, Profrac Services, Liberty Oilfield Services, and others) have not disclosed its full chemical composition to the operators – or rather they claim that the operators do not know the chemical composition. Is this even possible?

Contrary to the assurances of the Americans that the associated gas excreted in the production of shale oil accumulates and is included in the statistics for the United States energy industry (and is of the order of 30% of total gas production), a large amount of methane continues to escape into the atmosphere, which entirely contradicts the United States’ statements within the context of the climate agenda. At the present time it is not clear how much investment is needed in order to make fracking conform as far as possible to environmental and international “green” standards.

These risks might have been considered local and to affect only the United States, but bearing in mind the growth in the influence of the environmental movement in the States, and its legal culture, it cannot be ruled out that cases will be brought in the very near future against hydrocarbon companies in a number of states. And it is foreign consumers who will have to bear the costs, especially given the limited opportunities to increase prices in the United States itself.

Moreover, it is impossible to rule out the introduction of some form of new tax on companies involved in extracting shale hydrocarbons; this was discussed back in 2016 when Hillary Clinton was expected to win the US presidential election. The political climate is now more than conducive to taking such decisions, on both environmental and social grounds.

Let us consider one further point: in the context of the climate agenda, which has become the most important ideological element of foreign policy for the Biden administration, the most important component is not just decarbonization (which has been thoroughly well established in recent years), but also opportunities for accessing fresh water and water resources in general. But a further emphasis on fracking raises the question of Washington’s energy policy flagrantly contradicting its environmental policy, since it is water resources that current fracking technology causes the most significant damage to. In the current political and ideological circumstances, which were created by the Americans themselves, using this argument in both domestic and foreign competition with the American oil men could prove to be very sensitive.

The current situation is such that in buying up American LNG, the Europeans are effectively financing pollution of the environment, which contradicts the EU’s climate policy. And most likely, this will sooner or later become a problem in EU–US relations.

In the medium term, it is entirely logical for the United States to give up the tough competition for a place in the European natural gas (and general hydrocarbon) market and to concentrate on the Asian market. In future, the European market will become increasingly demanding with energy from the point of view of environmental cleanliness, while there will not be such restrictions in the Asian market for a long time to come. But here the question arises of whether the US’s promises about future volumes of supplies of shale hydrocarbons to the European market can generally be trusted. These promises have become more modest than during the Trump administration but they nevertheless make clear that the States does not want to deviate from a clear course that would allow it to become a decisive factor in European energy security. In order to maintain the opportunity to promote and sell fracking as part of this course, the Americans will need to make it as green as it can be.

In 2020, Turkey’s President Erdoğan triumphantly announced the discovery of the “huge” new Sakarya field in the Black Sea, which was one of the largest finds in the world last