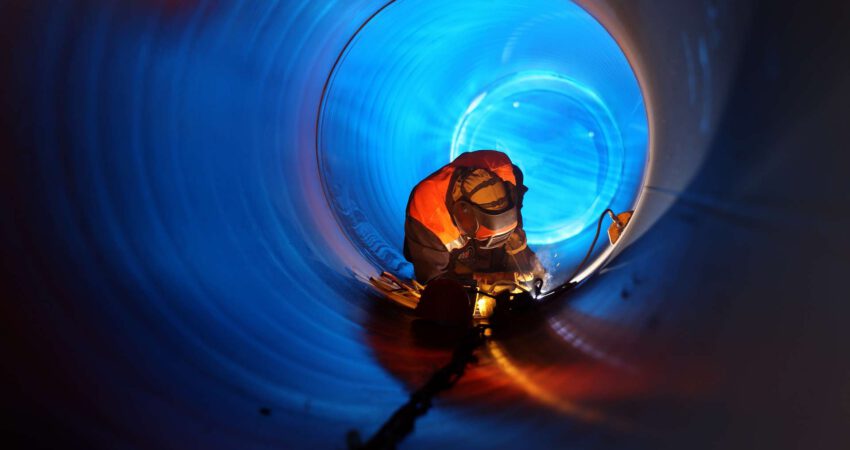 The question of guaranteeing Europe’s energy security through commercially profitable projects is a cornerstone to understanding the future configuration of the global energy market. This situation is creating new interest in even those energy programmes that cannot be viewed as economically sound. This in fact demonstrates that the global economy is preparing to emerge from the contraction caused by the pandemic and move towards a potential growth in demand for energy, which could be met by “new” sources and regions of supply.
One subject around which discussion has recently intensified is the Ionian Adriatic Pipeline (IAP) project. The project has remained at a discussion stage since 2007, as one section of a major system of new infrastructural development of the Balkans and of southeastern Europe in general. It was planned that the pipeline would go from the city of Fier in Albania to Split in Croatia with a link to the Trans Adriatic Pipeline and then to the Adria LNG terminal on Krk.
The project has been at the development stage since 2007, with periodic surges of activity. Trans Adriatic Pipeline AG has signed memorandums of understanding with developers of the IAP project including Plinacro (Croatia) and BH-Gas (Bosnia-Herzegovina) and also with the governments of Montenegro and Albania. But throughout this time, very few practical actions indeed have been taken on implementing the project.
Implementing the project for this pipeline, over 500 kilometres in length, presents a distinct technological challenge due the environmental features of the Adriatic Sea and also the need to provide bidirectional pipeline flow. But considering the United States’ interest in LNG supplies to southern Europe, this is important for the economic as well as the technological element of the project. If an economically sound solution is found, all these technological issues can be fully resolved. The precise cause for such an obvious stalling of the project is the economic component and more specifically, the fact that the project has incomplete economic foundations.

The pipeline’s capacity of four to five billion cubic metres (bcm) per year is perfectly adequate for the region. However, this determines the relatively slow pace at which it will become profitable and its low attractiveness for initial investment. Notably, there is a dearth of publicly available estimates for the investment needed to implement the project – which is explained by a lack of clarity in relation to the environmental component of the project and the cost of the relevant safety systems. Assessments of how long the project will take to break even are also lacking.
Despite diplomatic attempts at the end of last year to provide an impetus to the realization of the IAP, serious doubts are being expressed within the Balkan governments and the companies involved in the project (Albgaz, Bh-Gas, Montenegro Bonus and Plinarco) about work on the pipeline starting in 2022-3. Here, the contradictions between the political, economic and investment components of the project are again apparent.
The main problem lies in the fact that the national companies lack both the necessary assets and a scheme for the project’s financial security; this reflects the low level of interest in it from investment institutions. This is understandable. Given the unstable state of the global financial market and a pre-crisis situation in Europe that has been complicated by the excessively long stagnation arising from the pandemic, opportunities to use investment to support a project that will at best be overly long in recouping its costs are extremely limited.
The main problem lies in contradictions between potential participants in the project. Croatia, the main gas consumer on the IAP route, recently brought on stream a floating LNG terminal on the island of Krk. This is capable of supplying Croatia’s national gas transport system with up to 2.6 bcm of gas per year, which equates to 80% of the country’s consumption. And for Croatia, the principal aim is to make its own terminal fully profitable. Albania, which is in a complicated economic situation and for whom financial effectiveness is a priority, sees a need to develop its own infrastructure using the existing Trans Adriatic route instead of investing in the transit capacity of the IAP, particularly given the clearly small volumes of guaranteed sales. In addition, the situation is complicated by a lack of clarity regarding the prospects of Montenegro taking part in the project, due to political developments within the country – although from the point of view of the economics of the project, this factor has little significance.
Superimposed on this are doubts about how willing European institutions are to allocate funds to start the project in the present economic circumstances, particularly since accelerated implementation of the project will not substantially alter the level of regional energy security. And in fact changes in market structure will be generally insignificant. In any case no prospects are envisaged for obtaining a profit margin that is not economically conditional, despite the existence of a guaranteed segment of the gas sales market. The problem with this segment is that for now it is located in just one country – Croatia – and it is guaranteed only in the medium term, which does not guarantee recouping the costs of the project.
The situation would be rather different if the pipeline network were expanded northwards to Italy and France and the project expanded to 10 bcm and, in the longer term, to 12 bcm per year. However, this would require substantially greater initial investment and make the technological side of the project noticeably more difficult. But the main issue is that this would require a review of many elements of the concept for a Vertical Corridor of energy supplies which the EU effectively adopted in the mid-2010s and which has now partly lost its relevance.
It is clear that the ground for implementing the project from the organizational and investment point of view has not been prepared. This makes it impossible to put forward any genuinely attractive investment proposal. The only option is to augment the IAP with some kind of geopolitical content. But in this case the only beneficiary of the project would be Turkey, which has significant economic and political influence in Albania. The geoeconomic weight of other potential participants in the project does not compare with Ankara’s opportunities. A situation is developing in which a project whose launch presupposes using EU money will strengthen Turkish influence in one of the most vulnerable parts of Europe.

To sum up, one can speak of the following factors as influencing the prospects of the IAP:
The inability to obtain an initiating investment package, which in this case is critical due to the technological complexity of the project. This factor should probably be regarded as decisive at present. Until it is overcome, the IAP project can only be discussed theoretically.
The necessity of guaranteeing supply volumes. This factor has less significance than in other projects due to a smaller base design capacity, but it exists nonetheless.
The existence of politically unresolved non-economic risks, i.e., environmental restrictions. This applies both to the EU and to potential American participants in the project.
Uncertainty about other projects linked to the implementation of plans for a new infrastructural development of the Balkans, of which the IAP gas pipeline was a part. The IAP could of course be implemented on its own, but this would mean substantially reduced investment attractiveness.
It can still be cautiously assumed that Brussels’ increased interest in the IAP project largely represents an attempt to manipulate information, since in the present conditions the EU is trying, at least partly, to revert to the original version of the Vertical Corridor. Interest in the IAP is equally manipulative on the part of the United States, which is attempting to reduce Serbia’s significance as a centre of gas distribution in southern Europe. A goal of developing additional sources of economic support for Albania, which aims to prevent the country’s further economic deterioration, is also evident. The fundamental issue is that the pipeline will depend on gas supplies along the “Turkish” route; that is, it will inevitably entail the strengthening of Turkey’s role in the European gas market. And in this sense, there is a risk that it could be supported by pro-Turkish forces that have significant financial interests in Albania.

Norwegian LNG at Klaipeda ready to board