How manageable is the hydrogen transformation for Germany? 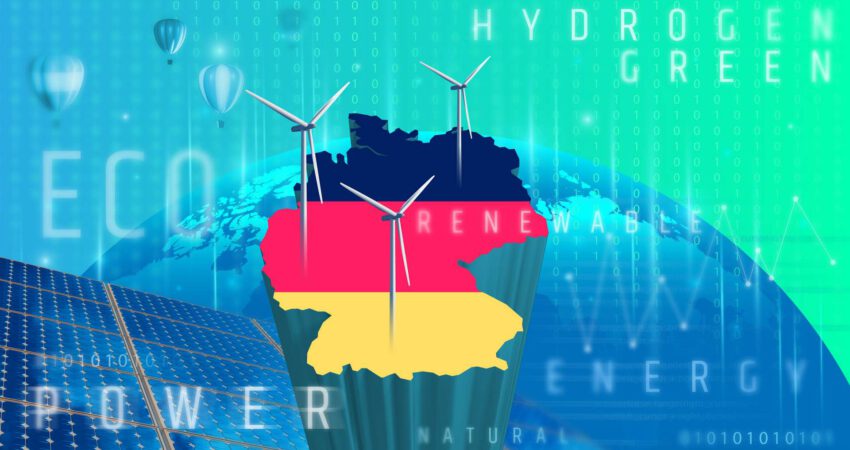 In order to protect the climate, Germany is entirely abandoning nuclear energy by 2022 and then, by 2038, coal-fired energy. Berlin regards hydrogen and all that is connected to it as a central element of the decarbonization process. A strategy reflecting this was approved and adopted by Chancellor Angela Merkel’s government last year. Energy Brief has been looking into what the strategy entails.

The German government puts its demand for hydrogen by 2030 as between 90 and 110 terawatt hours (TWh). It is assumed that the country will not be able to meet the majority of its energy demand via its own production and it will most likely need to import it. As for its own production, by 2030 Germany aims to bring hydrogen production equipment with a total capacity of up to 5 gigawatts (GW) into operation, including the necessary marine and land-based electricity-generating facilities. Five gigawatts equate to 14 TWh of “green” hydrogen. Another 5 GW should be added to this by 2040.

In order to imagine the enormity of what is planned, it is necessary to illustrate what a gigawatt is as a unit of power. One needs to understand just what the figure of 5 GW means: 5 GW represents the power of five nuclear reactors combined and is enough, for example, to meet the energy demand of a country like Lithuania with its population of 2.8 million for an entire year.

Germany’s current hydrogen consumption is around 55 TWh. The main consumer of hydrogen energy is the country’s historically strong chemical industry. This sector makes it important for Germany to also have access to gas, which is relatively cheap, as the industry requires a great deal of energy. In this sense, Germany is an exceptional case since there are few countries in the European Union with a similar pattern of energy consumption.

According to data from the Strom-Report, an independent project analysing energy consumption and environmental issues, the net output of electricity in Germany in 2020 was 488 TWh. Moreover, 50.5% of this came from renewable resources. Wind turbines alone produced 132 TWh. Almost 25% was produced at coal-fired power stations and 12.5% at nuclear power stations, and 12.1% or 59 TWh came from natural gas. The share from coal-fired power stations is steadily falling while that from renewables is growing. Leading these are wind farms, followed by solar power stations and biomass. But the amount of production by hydroelectric power stations is still low and according to official data makes up just over 3%.

According to expert assessments, the German energy network will lose 18 GW by 2030: half of this will be from nuclear energy and the other half from coal-fired power stations. Partly in order to overcome this deficit, Germany is planning to increase its capacity from wind farms in the next three years. At an EU-wide scale, there are plans to create a hydrogen capacity of 6 GW.

When it comes to producing hydrogen from water using electrolysis, electricity from renewables such as wind and the sun can be used. This is what is known as green hydrogen and according to Anja Karliczek, Minister of Education and Research, it will take precedence. The EU as a whole divides hydrogen into different “colours” according to the harmful emissions produced during their manufacture. “Green” hydrogen, the most environmentally friendly, is free from CO2 emissions. The production of “blue” hydrogen involves CO2 emissions, and so carbon capture and storage technology is used during the process. “Grey” hydrogen is produced using fossil hydrocarbons.

It is clear that in the longer term, Germany will not be able to meet its own demand for green hydrogen by itself. It is not yet fully clear how this need will be met, but what is clear is that Germany will import hydrogen and is therefore betting on strategic cooperation that includes Africa, where the geographical and weather conditions are conducive to building hydrogen facilities.

A so-called Atlas of Potentials is being developed within the strategy, which will reveal the regions best suited to producing hydrogen energy and additionally will show what import and supply chains will look like. German and European scientists have yet to define all this, but German politicians are already saying, not for the first time, that the new Nord Stream 2 pipeline which is currently being built could be part of providing this energy supply.

The Hydrogen Council that the German government consulted while drawing up its National Hydrogen Strategy is made up of 25 experts. Its chair, Katherina Reiche, has strongly criticized the actions taken by the federal government so far. According to her, while other countries are already fully developing their own hydrogen capacity and technologies, Germany is lagging far behind. She believes that one of the main obstacles are the prices for the electricity used in producing hydrogen through electrolysis.

“Electricity prices are the biggest factor in expenditure on hydrogen electrolysis. Businesses that want to invest in hydrogen electrolysis need a reliable, long-term guarantee of serious electricity subsidies,” she told journalists. Associated legislative conditions adopted by the German government only partially address the issue, and in her opinion changes are needed.

In general, she doubts that it will be possible to achieve the aim that has been set, of manufacturing 5 GW of “green” capacity by 2030. Furthermore, this 5 GW will not be enough to produce the annual 14 TWh of green hydrogen announced. That is, according to expert assessments, in 2030 there will be a shortfall of up to 40 TWh in any case. In order to make up for this, it will be essential to import hydrogen. A significant part will also be filled by H2 produced using gas.

It should be noted here that unfortunately it is hydrocarbons that are the dominant raw material for H2 worldwide. More than 68% of hydrogen is currently produced from natural gas and of the rest, 16% comes from oil, 11% from coal and 5% from water using electrolysis. This is explained by the relative inexpensiveness of production from hydrocarbons: according to various assessments, the cost price of hydrogen from natural gas is still five times lower than that produced using electrolysis.

According to expert forecasts, it is Germany and Britain who should lead the transformation in Europe. Within the framework of the Paris Agreement, these countries have committed to cutting emissions of greenhouse gases by 80–100% by 2050. It could be hydrogen that plays the decisive role in enabling them to achieve this ambitious goal.

In particular, H2 will play an extremely important role in the British energy sector: by 2050, it should provide approximately half of final energy consumption (up to 480 TWh). In the first phase, market demands should be met by blue hydrogen, obtained from reforming natural gas. Green hydrogen will gain ground as the costs of the technology and electricity prices decrease over the longer term.

As far as Germany is concerned, the construction of the world’s largest green hydrogen production facility, with a capacity of 24 MW, is currently underway in the town of Leuna in Saxony-Anhalt. The plant, which is being built by Irish concern Linde, is expected to be launched in 2022. Its annual production will be sufficient to power 600 buses covering 40 million kilometres. To put this in more concrete terms, this would mean that these buses could drive all of the 53,000 residents of the Bavarian town of Passau a thousand times round the equator by bus.

Overall, the federal government will allocate €9 billion to financing the hydrogen industry. Investment in scientific research in the hydrogen energy field alone amounts to at least €700 million. Berlin hopes that this will enable an acceleration in the production and development of the associated technology. In the summer of 2020 scientists and representatives from industry worked on 32 projects, of which three were selected to receive specified investment. The projects are dedicated to various means of producing and transporting hydrogen.

The Ministry of Economics has tried to capture all the details of the pilots but for now this is for the future: there are as yet no ready workable solutions. Thus work continues, but for now its pace is giving rise to scepticism among experts. In particular, Professor Volker Quaschning of the University of Applied Sciences in Berlin points out that it will not make sense to use hydrogen until electricity is produced mainly using renewable energy. It is only then that hydrogen can be truly green. Until then, Germany will be unable to accomplish a real green revolution.