SOARING GAS PRICES: WHO IS TO BLAME? 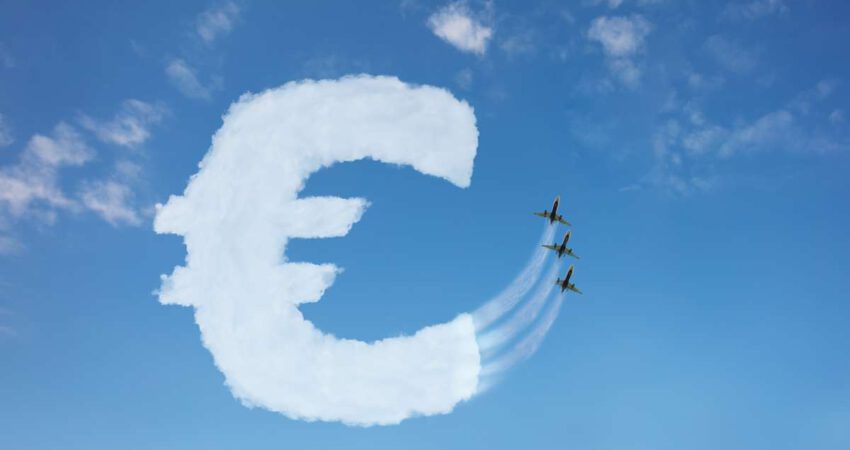 Spot prices for gas in Europe reached a historical high on 21 December 2021, exceeding $2,000 per thousand cubic metres of gas for the first time. By the end of January 2022, the price of gas had experienced a double downward correction. The situation in the European gas market remains complex however.

According to Emily McClain, senior gas markets analyst at the Norwegian consulting group Rystad Energy, long-range forecasts are that temperatures in northwestern Europe may be below the average. She says that recent data suggest that we are now seeing a seasonal reduction in supplies of natural gas in storage facilities and that if the winter proves to be colder than usual, the situation in the EU could become very tense.

But even with fairly mild weather, Europeans have been actively consuming gas reserves from underground storages. Over 25 days of January 2022, average consumption was 28% higher than the average for the previous five years.  The level of reserves that has been reached is more similar to that at the end of the drawdown season than the mid-winter level.  Thus levels in European gas storage facilities are at a ten-year low, the winter goes on, and no one is so far prepared to say whether there will be enough gas for consumers.

Experts believe that reasons for the rise in gas prices include the EU economy’s dependence on weather conditions and increased competition from other global gas consumers.  But Europe itself is in many ways responsible for the current turbulence in the gas market.  Over the past fifteen years, the Europeans have built a pricing model that ensures low prices when demand for gas is low, as it was last year for example, due to coronavirus.  However, when demand suddenly proves high, gas prices soar.

Events in the gas market this year suggest that mistakes have been made in European energy policy – and the European Union itself is hostage to these mistakes.

Having announced that its aim was ensuring energy security, the EU has concentrated its efforts on looking for alternative external sources of energy supplies and diversifying these.  The Third Energy Package, which came into force in 2009 with the aim of liberalizing gas and electricity markets, was designed to reduce the monopoly of the Russian gas monopolist Gazprom in the European single market. In the 2000s, the company sought to build vertically integrated chains in the European market.  But the EU’s policy of separating aspects of the business in effect made continuing to follow this strategy fruitless.

As experts note, this is how the background to the present energy crisis in Europe was established. Gazprom can only run 50% of its pipeline, and the remaining capacity must now be reserved for an independent supplier.  However, there have not turned out to be any independent suppliers capable of filling the entire pipeline.  This has led to a shortage of gas in European storage facilities.

The European Union’s bet on diversifying sources, including through liquefied natural gas (LNG) has also not paid off so far.  Asia has historically been a premium market where prices are higher than in Europe. LNG producers therefore generally orient themselves to Asia with the European market providing a balancing function.  Previously, volumes not required by Asian consumers found buyers in Europe.  However, a growth in demand in Asia in 2021 and the fast pace of post-pandemic recovery in the Asian economy has led to a shortage in the market, and there has been a reorientation of free supply to the Asian market.

Authoritative Estonian economic expert Raivo Vare believes that importing liquefied gas will not help Europe if there is even a limited switch away from Russian gas. “LNG supplies can only partially replace pipeline supplies for one simple reason: because there are purely technical limitations.  Twenty-two tankers with liquefied gas that were previously destined for the Asian market were redirected to Europe recently. That is, Europe has started to pay more than Asia,” says Vare.

The latest thrust of pressure on Gazprom has been with its long-term contracts.  The company has always insisted on making these types of agreements, justifying this with the fact that they secure guaranteed supply volumes.  However, the EU has by contrast bet on the free market, having decided that buying at exchange prices would prove more advantageous.

Thus where only 10-15% of Gazprom’s contracts included a spot price element in 2010, by the end of 2020 this figure had risen to 90%.  In addition, the European Union has announced that a complete ban will be introduced on long-term gas supplies from 2049, since the Europeans are counting on finally freeing themselves from reliance on gas by then, in favour of other forms of energy.

But the EU did not take the market’s volatility into account. Spot purchasing involves having orders met in the near future without knowing what will happen in the market in the medium- to long-term. As a result, in the summer of 2021 when gas needed to be injected into underground storage facilities, the liquefied natural gas Europe was counting on spot purchasing had gone to other more profitable markets.  A gas shortage has arisen in Europe and this inevitably entails prices rises.

Analysts believe that other causes have also led to historical records being set for the price of gas. One of these is a risk that there will be a repeat of last year’s cold winter and a danger of insufficient gas if this happens.  The continuing high cost of gas is caused by the fact that futures prices for supply in the first quarter of 2022 are reacting to this risk and rising accordingly. This is exactly how the market that the EU insists on in its dealings with Gazprom works. Meanwhile, Bloomberg and others warn that the high cost of natural gas will be maintained even in the summer this year.

There are quite a few other pitfalls in the spot market.  Its enthusiasts say that it helps reduce the price of energy, but the monopolists’ wholesale contract prices are often substantially lower than the spot price at gas hubs.  Furthermore, the practice of buying on the spot market does not guarantee a stable supply: there can be a lack of gas available for sale, whereas the monopolists usually guarantee supply volumes.

If these facts are analysed, unfortunately one cannot escape the conclusion that a significant factor in the growth in prices is precisely Europe’s policy of abandoning long-term contracts in favour of spot.

One way out of the current situation could be a clear forecast of the European Union’s fuel and energy mix, which could be used to plan consumption volumes and gas supplies in the medium- and long-term. Europe, which requires 250-300 bcm of imported gas a year, needs to know in advance where it will get these volumes from. There will still be spot contracts and LNG purchases, but as recent months have shown, long-term contracts will evidently need to account for a larger share of the European gas market than at present.

It should also be remembered that in order to increase gas supplies to Europe, which the EU has been talking about this winter, Gazprom also needs these unpopular long-term contracts, which attract investment.  The Russians are prepared to supply additional volumes of gas to Europe under long-term contracts, and more cheaply than at spot prices if Gazprom representatives are to be believed. However, the demands of EU countries to increase gas supplies could be in conflict with Brussels’ principal policy.  The Third Energy Package, aimed at limiting Gazprom’s monopoly, has also consolidated a general trend towards reducing the use of fossil fuels in favour of renewables.

This general trend has been enshrined in a number of European Commission policy documents. The EU’s energy policy is aimed at renewables making up 32% of gross final consumption of the EU’s energy by 2030.  The main sources of new capacity are renewables based on wind and sun.

However, a reduction in the development of wind farms in northern European countries led to a jump in electricity prices in September 2021 and also added to existing causes of growth in demand for gas in a market that was by then already experiencing shortages.  The closure of coal-fired power stations in a number of European countries in line with the policy of decarbonization has probably also reduced the stability of energy systems in Europe. A gradual decommissioning of nuclear power-generating capacities has also aggravated the situation.

Meanwhile, the growth in the price of natural gas in Europe has already led to a jump in the price of carbon emission quotas, since electricity producers have been forced to switch to using coal, which is a cheaper but dirtier type of fuel. In 2020, the price for quotas grew by more than one and a half times to almost €80 per tonne.

The start of the transition to carbon-neutral energy sources has also proved to be a cause of growth in gas prices.  As a result, as Slovakian economy minister and vice premier Richard Sulík has stated, prices for energy depend on the decisions of Germany and the EU, and “ordinary citizens will have to pay for this.”

The energy crisis will clearly force the European Commission to re-examine its energy policy.  The current situation is demonstrating the errors in European energy policy, including the ill-considered bet on renewables. As their share grows, demands to ensure the reliability of energy systems are also increasing.  Distributed generation requires a developed network infrastructure and a large level of reserve capacity.  However, even this does not provide a guarantee against unforeseen reduction in development of renewables and their replacement with traditional sources.  Approaches to reservation and the move away from traditional generation evidently need to be reviewed. BP Chief Executive Bernard Looney predicts that even if greenhouse gas emissions are reduced to net zero by 2050, as the International Energy Agency has outlined, there will still be a demand for oil and natural gas in the middle of the century.