GAS PRICE SURGE: IS THERE A SOLUTION? 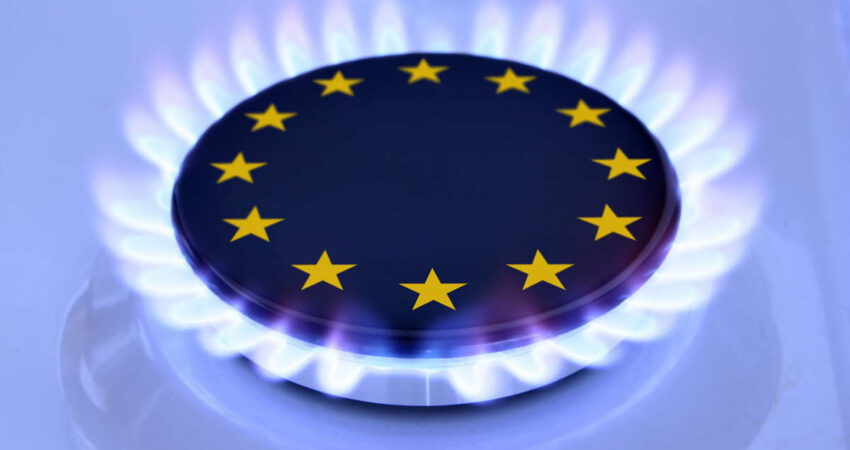 Gas flame and European Union Sign on the hob

It is entirely mistaken to call the present situation a “European gas crisis.” Its significance goes far beyond simply the problems in regulating the gas market. What we are seeing is a full-scale energy crisis, which in fact has wider potential: all segments of European energy have structural problems. The gas power sector has simply served as a focus of inconsistencies that have built up. This has happened above all because it was precisely this field in which the most serious mistakes were made, both strategically and tactically. It is the EU leadership that must take responsibility for price spikes, as well as the individual European countries that are making the most noise about Moscow being behind the crisis while attempting to block the EU from cooperating with Russia on gas. Among these countries is Poland, which is trying artificially and on a non-market basis to develop a geo-economic base for its Three Seas Initiative macro-project. They also include Ukraine, which is trying by hook or by crook to induce EU countries and Russia to pay for the modernization of its gas transport structure and the Baltic countries, which are implementing an anti-Russian economic policy. The main issue lies in the extent to which European countries will be able to limit the scale of situational destabilization and create at least a medium-term, but preferably a long-term framework for the development of the market. In many ways, nearly all the economic inconsistencies of the European Union that have accumulated in recent years have been demonstrated in the current phrase of the European energy crisis.

The European gas market phenomenon has been determined by three factors:

The system of inconsistencies that had developed in the gas segment of the European market ruled out the possibility of stable medium- and particularly long-term planning. This pre-determined the vulnerability of the system to situational factors and short-term speculation. The combination of factors of various kinds and directions also determined the acute nature of the autumn energy crisis of 2021, whose chief danger is that it could be repeated. The process of recovery in the world economy suggests future growth in gas prices. For now, this growth is notable for its asymmetrical nature: the Asian economies are recovering more quickly than those in the West. The high demand for LNG in Asia will be intensified by preparations for the Winter Olympics in Beijing. And for now, these factors are clearly not being considered a great deal by European institutions. But as a result, at least in the period from 2022 to 2023, the European market is almost certain to lose its status as the most attractive for suppliers. To a significant degree this will take place not for purely economic reasons (the price parameters of the Asian and European markets could in theory be aligned), but due to the “market” being overloaded with political and administrative regulation and unpredictable behaviour by national and European regulators, as has incidentally been shown during the final stages of the construction of Nord Stream 2, when the actions of a number of regulators were openly political and manipulative in nature.

We are seeing the situation being highly politicized and a complete lack of indication that attempts are being made to reconstruct the system of strategic management of the European market. The main question is to what extent European elites possess sufficient wisdom to remove politically motivated restrictions on the presence of Russian gas in the European market within a relatively short timeframe – not situationally, as a crisis measure, but in the longer term. The opinion is forming in expert circles that both at the level of supra-national organs and at the level of individual countries, the European Union is not ready to normalize relations with Russia. But unless it does, moving to a new level of partnership in the field of energy will be impossible, although a certain increase in gas supplies is possible. Plans to use Ukraine’s gas transport system also do not appear particularly logical, especially taking into account the astronomical sums that will be required to restore it and support its operation. The pace of re-orientation towards Asian markets of both Russian and American gas supplies is clearly underestimated in Brussels.

A strategic threat to the European energy market is the development of areas with differing levels of energy security. The European countries that have been working with Moscow and have long-term contracts with Gazprom are getting through the crisis period with fewer losses than countries whose energy supply has turned out to be mainly tied to the spot market. This is not to mention the medium-term competitiveness of industry and agriculture, which will clearly be greater for those who have long-term contracts. It cannot be ruled out that the governments of these countries will try to strengthen their special energy supply regimes, having protected themselves from the politicized decisions of European organs. This will cause a further increase in contradictions within the EU, with predictable attempts, once more, to blame these on Russia. The vicious circle of mutual accusations will gain fresh impetus.

Several conclusions follow from the situation that has developed:

Thus, solving the problems of Europe’s energy security purely through tactical and situational solutions is becoming impossible. The time has come for a thorough review of approaches to the mechanisms for guaranteeing energy security at both a European and an individual country level, and which involves global players: the United States and Russia.