UNITED STATES NOT AVERSE TO TESTING NUCLEAR TECHNOLOGY IN THE EU 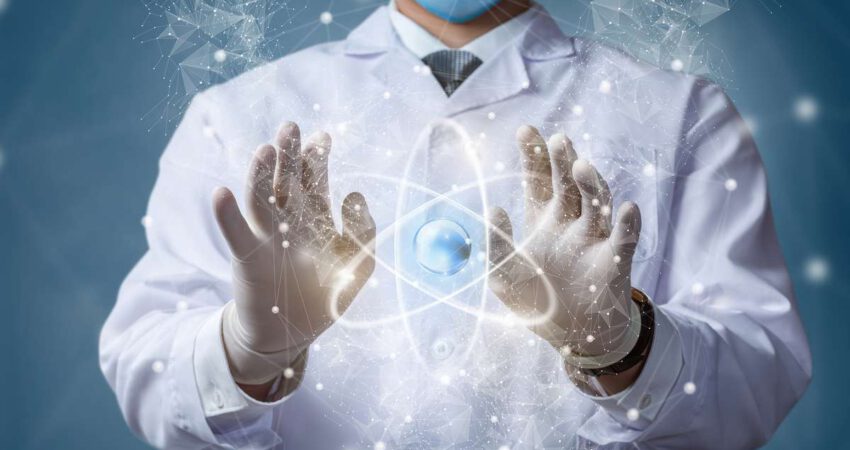 Doctor in a mask on makes manipulations with an atom on a blurred background.

The situation in the European energy market is extremely complex and multi-layered in nature. On the one hand, there is a politically motivated battle to oust Russian energy resources and thrust politically motivated conditions for supplying hydrocarbons on Russian companies. On the other, the United States seems to have set itself the goal of developing mechanisms to strategically manage Europe’s energy security as Europe becomes one of the most decisive factors in geoeconomic competitiveness.

As experience of the European energy price crisis of the current winter period has shown, the most obvious weak link has turned out to be the countries of eastern Europe, which have serious ambitions to be energy leaders but virtually no resources to realize their ambitions. Of several hydrocarbon transit countries Poland, which aspires to become a European gas hub, is at the forefront. It must be pointed out that it is the countries of eastern Europe specifically that are Washington’s main allies in implementing the political and economic content of a new Atlanticism strategy.  Their economic stability is extremely important for implementing virtually any version of American policy in Europe.

From this point of view the wish by the United States to lobby for the implementation of major projects in the field of nuclear energy, based on the AP1000 pressurized water reactor created by Westinghouse at the beginning of the 2000s and slightly modified after the disaster at the Fukushima nuclear power plant, is of great interest. The reactor was considered a leader in generation III+ reactors but for many reasons, including Westinghouse’s internal problems, it was not able to achieve this position.

From a political point of view, the current situation means that the United States has lost its earlier optimism about the prospects of Poland becoming the main distribution hub for American shale hydrocarbons.  In theory this should have put Warsaw on its guard, but political propaganda and involvement in several conflicts where the support of the United States is critical is probably preventing Warsaw from seeing the situation objectively.

It is also rather unclear how far the Atlantic partnership in its current form will allow the United States to convince the countries of the European Union and its institutions that nuclear energy can at least temporarily be classified as “green.” This will clearly present a certain difficulty and will further deepen the rift between the countries of “old” and “new” Europe.  In the longer term however, Washington’s logic is understandable: such economic and political manipulations will in future give the opportunity to place the energy security of these newer EU member states, from whom the United States’ allies are mainly drawn, on a more secure footing than that of the older members who are increasingly objecting to American hegemony.

There are well founded doubts about the reliability of АР1000 reactors among independent experts.  Building them in eastern Europe could at the very least pose a threat to the EU’s environmental security.  For all the modifications that have been made to the reactor’s construction since 2011, its technological base is that of the pre-Fukushima generation. From a user point of view, the AP1000 is also a previous-generation model which is important when such projects are being realized in an area with a very particular past experience of using nuclear energy. Attempts to present it as a revolutionary new-generation model look extremely unconvincing.  The question naturally arises as to how far European regulators will be allowed to meaningfully examine the project or whether everything will be decided on the basis of political expediency.

It should be remembered that eastern European countries have very little experience of dealing with spent nuclear fuel and the experience they do have is based entirely on Soviet-type reactors and, most importantly, on Russian and Soviet safety procedures.  These had their own specific features, such as a lower priority for the purely commercial element, particularly in the area of maintenance technology. This will hardly be the case where projects are implemented by American companies focused on profit maximization, and when the countries of eastern and central Europe have a relatively low capacity to pay.  We should remember too, that during attempts to convert nuclear power stations in Ukraine to the fuel produced by Westinghouse, problems arose repeatedly which could not be fully overcome.  And in Ukraine, the technology and the system for processing nuclear fuel as a whole was also Soviet-style.

Furthermore, the “referencing” of the Westinghouse reactor – that is, learning from its practical use – is still very limited. Five existing power plants have been working since 2018 in China and the United States, with a sixth planned for launch. Their construction was associated with major problems.  The greatest difficulties and delays arose with constructing reactors within the United States and were linked to problems with technical performance as well as the complaints from the regulators. But problems with implementing the project at the sites Westinghouse has already acquired were linked not just to the reactors themselves but with carrying out construction and installation work.

This means that to implement projects to create nuclear energy in eastern Europe, a lengthy and extremely expensive preparation period will be needed. And the cost of implementing high-quality preparatory work, including associated tasks such as improving logistics, protecting water resources, and creating a network for monitoring nuclear hazards in the surrounding areas will fall on eastern European governments and end users.

The Americans’ strategic aim is undoubtedly to oust Russia and China from the European market for nuclear energy and associated services.  However, at the first stage it will mainly be Europeans who will suffer, first and foremost French manufacturers who produce energy equipment in general as well as reactors. In the current tender to build nuclear power stations in Poland Washington is already exerting serious political pressure on Warsaw by promising to increase investment in other sectors of the economy if Westinghouse is selected as the supplier.

But at the same time the United States’ behaviour in the nuclear energy market implies that Washington does not believe in either the potential of renewables or its own ability to provide a sufficient level of shale hydrocarbon supplies to the European market.   Further evidence of this is the fact that the United States is trying to promote projects for American small modular reactors (SMR) in eastern Europe – mainly in Poland and Romania, but if current rumours are to be believed, in Slovakia too. But these designs are not at all worked out from the point of view of the construction itself or, what is more, from the point of view of safe use. In effect, the plan is to transform a number of countries in eastern Europe into a testing site for a technology whose prospects are not yet clear. In doing so, the Americans and Poles have quickly forgotten their objections to the construction of a Belarusian nuclear power station that was based on a reliable and tested design.

A number of questions arise in this regard. The first is this: to successfully implement the SMR project, the United States must secure the long-term classification of nuclear energy as “green,” and not merely its short-term, expedient designation as this. It will be interesting to know the ways in which arms will be twisted to this end, and which political figures will take part in the lobbying. For it is plain that such a lobbying campaign can only be political.  The structure of such a campaign will also answer the question of how far the Americans plan on a long-term presence in the European nuclear energy market, as this would also require a decision on the medium-term.  Otherwise, they are planning to limit themselves to simply initiating an open-ended project.

The second consideration is this: clearly for such “test” projects, particularly if they are within the EU’s territory, final expenditure will inevitably substantially exceed that planned.  When it comes to lobbying for the SMR project, the basic cost structure is not yet clear.

For example, experts from the Technical University of Berlin note that before reactors can be built it will also be necessary to solve issues around their transportation to where they will be deployed and the storage of dismantled reactors. And this is not the most problematic and costly element of the SMR project. Who will bear the burden of such expenses? The countries that order them or, as is more likely, European institutions? Discussion on this question is extremely interesting in that it lifts the veil on the mechanisms of modern lobbying in the Euro-Atlantic community.  But as matters stand today, no expert is prepared to predict exactly whether or not we will see small modular reactors in the eastern countries of the European Union.