Tectonics of the Groningen Problem: Why the Gas Field is Struggling to Cease Production 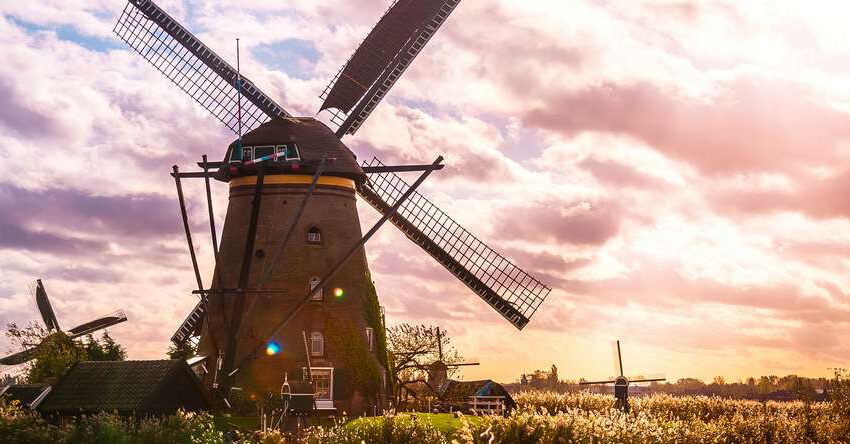 Groningen is one of the largest gas fields in the world, and was a source of prosperity for the Netherlands for over half a century.  For several years now, however, it has been nothing but a serious headache for the Dutch government. Coronavirus and failures in energy transformation could hinder the field’s decommissioning.

Why the Netherlands needs Groningen closed

The Groningen gas field was opened in 1959 and with the start of extraction in 1963 it became one of the main sources of gas supply for European countries.  Assessments of reserves in the first years of production were corrected upwards slightly and it was ultimately announced in 1962 that the field contained in the order of 2.8 trillion cubic metres, making it one of the most important in the world.  In 1976 extraction reached a peak at a level of 88 billion cubic metres (bcm).

However, after a few decades it became clear that active production from the field involved great seismic risks. A first earthquake was recorded back in 1986 and since 1991 these have started to occur with ever increasing frequency. The largest one occurred in 2012, registering 3.6 on the Richter scale, and under public pressure the government decided to begin the process of decommissioning the field.

The first round of limiting production took place in 2014.  In 2019 extraction had already reduced by 73% in comparison with 2014, from 42 bcm to 11 bcm. That same year it was announced that after mid-2022 extraction would be maintained only in a few clusters, at a minimal level which would enable additional demand to be met during cold snaps.  Between 2025 and 2028 it is expected that extraction will cease entirely and the field will be closed.

This decision is affecting the gas markets of neighbouring countries as well as that of the Netherlands itself.  In 2013 Groningen accounted for 10% of the European gas market.  The inevitable reduction in the European Union’s domestic output brought about by Groningen’s closure is increasing the price of long-term contracts for supplying natural gas from outside the EU. In these circumstances European companies are naturally reorienting themselves towards reliable supplies from Russia and Norway, which have vast resource bases and are able to guarantee supplies under long-term contracts.  Strangely, given this situation, several European politicians are calling for the abandonment of long-term contracts, consigning the energy security of the entire region to the hands of the market.

In addition, unlike the majority of fields in the world including those in Norway and Russia, Groningen contains an unusual form of natural gas which has a high nitrogen content and is called low-calorific gas (L-gas) because of its lower energy density. Over the years a gas transport network has been formed around the field that is oriented to precisely this type of gas.  It has connected around 15 million consumers from regions in the Netherlands, northwestern Germany, Belgium and northern France.  Residents and businesses in these regions use L-gas for preparing food, heating, and electricity generation.  This means that Groningen gas cannot simply be replaced by imported gas without special processing or modernizing the infrastructure of neighbouring regions.

How the Netherlands plans to ensure gas supply

The Dutch government issued a decree in 2019 requiring all industrial enterprises using more than 100 million cubic metres of gas per year to adapt their capacities to high-calorific gas.  At the same time, the authorities increased the pace for developing conversion facilities, which add nitrogen to imported high-calorific gas (H-gas) so that it can be used in the existing infrastructure and in the residential sector.   The government is also encouraging the population to switch to using electrical rather than gas appliances.

Although its gas transport system is significantly oriented to supplies from the Netherlands, Belgium provides a successful example of an effective switch from L-gas. In Spring 2021 it was announced that the complete switchover of Belgian consumers to high-calorific gas could be achieved by the end of 2024, according to a letter sent by the Belgian energy ministry to the Netherlands.  Consumption in the country will cease, but transit to consumers in France will continue.

The process of converting the Belgian gas transport system began in 2018 and has been accelerating each year. In 2021 low-calorific gas met 22% of the country’s demand whereas before conversion began its share was 30%.  Belgian operators are carrying out conversion operations in consecutive regions, which is speeding up the process. However, the same cannot be done in Germany or France.

At the beginning of January, the Dutch economic affairs ministry announced that in the current gas year (Oct. 21 – Sept. 22), extraction at Groningen would probably be twice as high as previously planned, i.e. 7.6 bcm rather than 3.9 bcm. This will be needed to meet northwestern European low-calorie demand if heating degree days are in line with an average gas year.  This gas year should be the last year of regular gas extraction from the field.  This is reported to be linked to a delay in bringing a new line of the Zuidbroek conversion facility into operation as well as a growth in demand from German buyers.

One of the main projects linked to the closure of Groningen is the expansion in the capacity of the Zuidbroek nitrogen installation facility by Gasunie.  This will allow production of L-gas from H-gas to be increased by adding nitrogen to it, and thus reduce demand for gas from Groningen.

In January 2022 it finally became clear that construction of the facility was expected to be finished by August, four months behind the original completion date.  The delay is linked to Covid-related factors. These delays could increase output required from Groningen by around 2 bcm, the ministry has said.

In addition, the Netherlands will be forced to increase the volume of extraction planned at Groningen because of contractual obligations to Germany. According to these, German consumers have the right to request additional supplies of gas when needed, and they have done exactly this: Germany has requested an additional 1.1 bcm of gas.  The Dutch operator GasTerra has confirmed that the conditions of the contract with the Germans tie the hands of the Dutch.

This creates political risks for the Dutch government, but Germany also finds itself in a difficult position as it has no alternative suppliers of low-calorific gas.  To ensure the stability of gas supply in the northwestern part of the country it has been forced to make use of the conditions of the contract.  The unexpected growth in demand for L-gas from Germany has been caused by the fact that its energy efficiency measures have not achieved a reduction in consumption, the pace of increase in energy effectiveness in these regions has proved lower than forecast, and also because of lower domestic German production of low-calorific gas than initially anticipated.

Another project that should support Groningen’s decommissioning is the Grijpskerk gas storage facility’s switch from high- to low-calorific gas.  It was previously assumed that this would be completed in summer 2022, without increasing production at Groningen.  In September, Dutch economic affairs and climate minister Stef Blok promised that a new underground gas storage facility (UGS) would be filled with low-calorific gas created from high-calorie supply by nitrogen ballasting, rather than filled with output from Groningen.

In December the economic affairs ministry published a draft paper approving the switch of the UGS to low-calorific gas to stabilize future demand.  If this solution is adopted it will be necessary to fill the UGS with gas.  However, the delay in the introduction of the Zuidbroek nitrogen conversion facility and revised German demand are dragging production up.  It could turn out that gas for the storage facility will need to be supplied from Groningen, directly contradicting the aim of the entire project.

The Dutch cabinet will take a final decision on extraction volumes for this year on 1 April, but there will certainly be more extraction than earlier planned. Energy expert Hans van Cleef from ABN Amro says there is already a clear gas shortage and filling of the gas network this winter is unprecedentedly low. He says that in any case, more gas will be needed.

Given all this, extraction at Groningen in the current gas year will need to be at a level of 6 bcm if there is an average number of heating degree days (HDD) or even 7.6 bcm if the Grijpskerk UGS is not switched to L-gas.  In the 7.6 bcm scenario, extraction at the field will near last year’s level of 7.77 bcm.  An extreme cold snap would require it to be raised to 12 bcm, while if there is significantly mild weather, production could be 4.6 bcm.

Analysing the dynamics of extraction and prices at the TTF hub, it can be seen that they have a very small negative correlation and limiting extraction at Groningen has not been a significant pressure factor on European prices. This is probably linked to the fact that measures to close the field have been well known and were planned a long time ago.  Discussing this correlation, Dr. Amin Shokri of the Gas Exporting Countries Forum (GECF) thus notes that the process of decommissioning the field has not been a shock and the gas market has had several years to adapt to the new realities.   In this way, the closure of the field primarily constitutes an investment and social problem, but certainly not a market one.  Even though the Netherlands is still managing to reduce gas production in line with the original plan and is on course to achieve a minimal level in the 2022-3 gas year, the Groningen problem is continuing to provoke public discontent.

A key question is compensation paid to people whose homes have been damaged by earthquakes.  Within a short space of time, the programme for issuing compensation that began on 10 January has exhausted its €220-million budget.  Meanwhile, people living in the earthquake zone have been attending demonstrations demanding that the costs of repairing their buildings are immediately covered.  State Secretary of Mining Hans Vijlbrief called the episode “shameful” and promised to “put the citizens of Groningen, not politics, at centre stage,” promising to boost the compensation budget by an additional €250 million.

Germany’s demands to increase supplies are only adding oil to the fire and increasing public discontent.  The provincial council of Groningen, however has, suggested to the government that it either ends extraction entirely or directs the funds that will be raised from selling an additional 1.1 bcm towards compensating the population.  Parliamentary hearings on the programme should start in February, but these may be very protracted.

GAS PRICE SURGE: IS THERE A SOLUTION?